Just back from Iraq, Army civilian hits the lottery jackpot 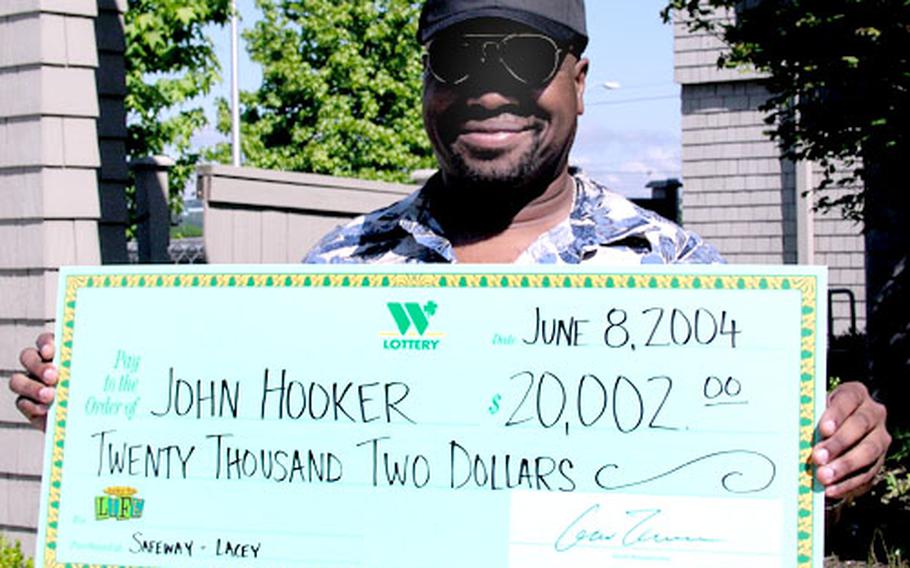 John Hooker, a civilian with the Army Materiel Command, holds up his winning check from the Washington state lottery. (Photo courtesy of Washington Lottery)

Some people think they&#8217;re lucky just to be leaving Iraq. John Hooker went them one better.

The Department of the Army civilian, who until Friday was in Mosul, attached to the 3-2 Stryker Brigade Combat Team out of Fort Lewis, Wash., hit the state&#8217;s &#8220;Lucky for Life&#8221; lottery with a ticket he bought that same day he touched down.

Hooker, 51, of Olympia, is a regular lottery player who lets the machine pick his numbers. Despite having a lot of time to think about winning, he&#8217;s not sure what he&#8217;ll do with his take just yet.

An 11-year Stock Control and Accounting Specialist (76P) Army veteran, Hooker left the service in 1983 as an E-5.

Hooker is unmarried, and has yet to hear from any family members or long-lost friends.

As for his 3rd Brigade, 2nd Infantry Division friends still in Iraq?