July 4 fireworks, live concerts canceled at US bases in Japan 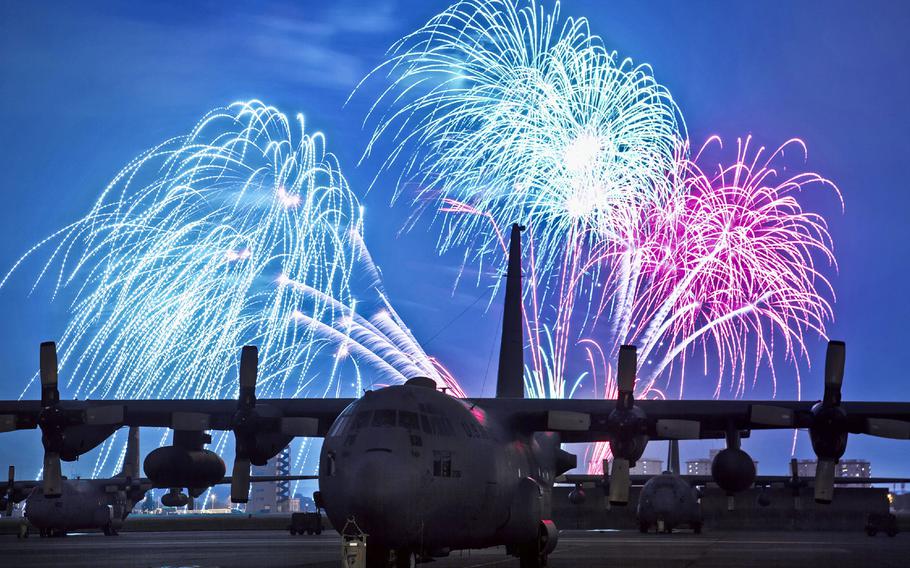 YOKOTA AIR BASE, Japan — The rockets’ red glare will be absent from Independence Day celebrations at U.S. military bases in Japan this year.

The decision to go low key for the most patriotic American holiday — major live concerts were banned, too, though some small musical ensembles are expected to perform — is an extension of the monthlong “period of unity and mourning” that was declared on Okinawa in sympathy over the slaying of a 20-year-old Okinawa woman that has been linked to a U.S. civilian base worker.

The impact of Rina Shimabukuro’s brutal death, in combination with other recent crimes by U.S. servicemembers, has spread to the Japanese mainland and become a political hot potato that tainted President Barack Obama’s visit to Japan late month and sparked apologies by top U.S. military leaders and Ambassador Caroline Kennedy.

It also has led to liberty and alcohol restrictions for U.S. troops and a series of anti-base protests. An estimated 65,000 people attended a demonstration Sunday in Okinawa to demand all Marines leave the island. Another 7,000 protested outside the Japanese parliament building in Tokyo, focusing on Prime Minister Shinzo Abe for his moves to expand the Japanese military’s role beyond self-defense.

U.S. Forces Japan spokesman Air Force Lt. Col. Kenneth Hoffman said Wednesday that Independence Day events were being scaled back Japan-wide "to demonstrate unwavering respect for the loss our friends on Okinawa experienced," so fireworks displays and concerts have been canceled.

AmericaFest, which had been scheduled July 2 at Kadena and was to feature R&B singer Usher, has been canceled and the Futenma Flightline Fair was postponed to September.

The USFJ commander, Lt. Gen. John Dolan, informed all commanders in Japan on June 14 about his decision to cancel fireworks this year.

But the May 19 arrest of Kenneth Franklin Gadson, a former Marine who works at Kadena Air Base, left officials scrambling to show sympathy for Shimabukuro’s death. Gadson has been charged with illegally disposing of her body, and police have recommended additional charges of murder and rape resulting in death.

In addition, Seaman Apprentice Justin Castellanos pleaded guilty May 27 to raping an intoxicated Japanese woman at a Naha hotel, and Okinawa military officials tightened a curfew and added other liberty restrictions the same day as part of the “period of unity and mourning.”

Less than a week later, Petty Officer 2nd Class Aimee Mejia, 21, assigned to Kadena, was arrested on suspicion of drunken driving after crashing into two cars by driving the wrong way on an Okinawa highway.

That led the Navy to impose a ban on nonessential off-base travel and alcohol consumption by sailors — even at home — for several days.

Tom Costello, a civilian defense contractor working on Yokota Air Base in Tokyo, said that while he wasn’t particularly upset that events were being scaled back, "I like the fireworks like everyone else and I would have come out to watch if they had them."

Hoffman said there would still be barbecues, sporting events and open houses at many bases.

Other Independence Day events at the base include a fun run, basketball shootout, baking contest and a car show, according to the website.

"We are proud of America’s rich heritage and look forward to sharing our Fourth of July traditions with our Japanese friends and neighbors," Roesler said.