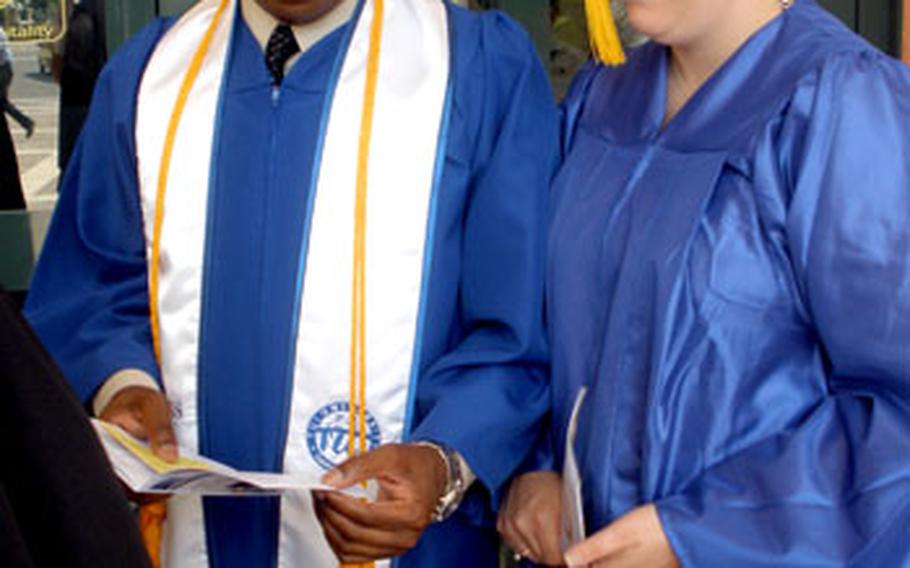 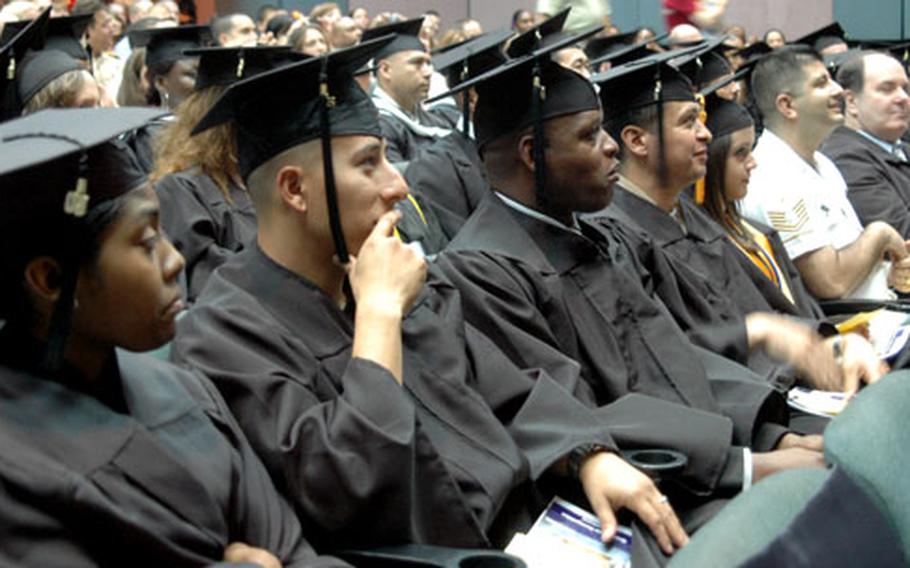 Graduates at the ceremony in Naples, Italy. (Sandra Jontz / S&S) 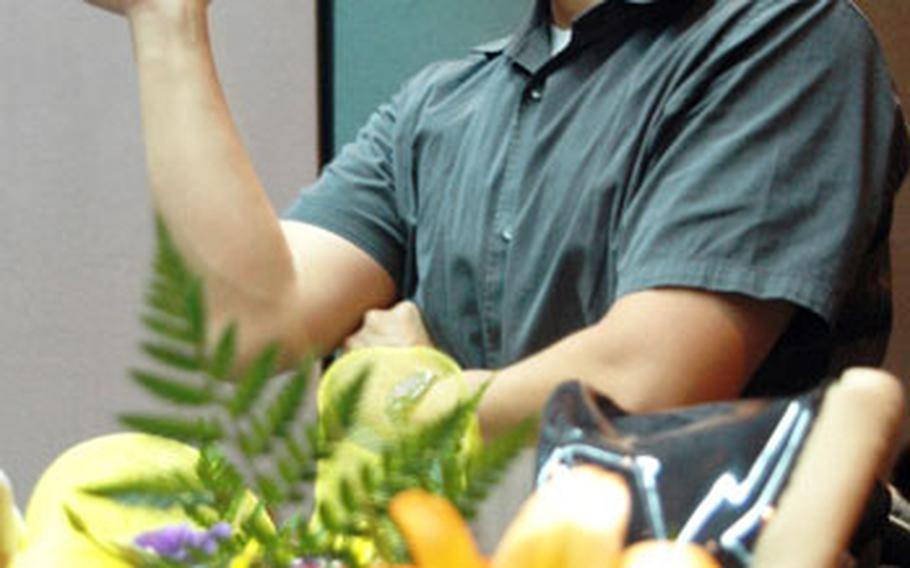 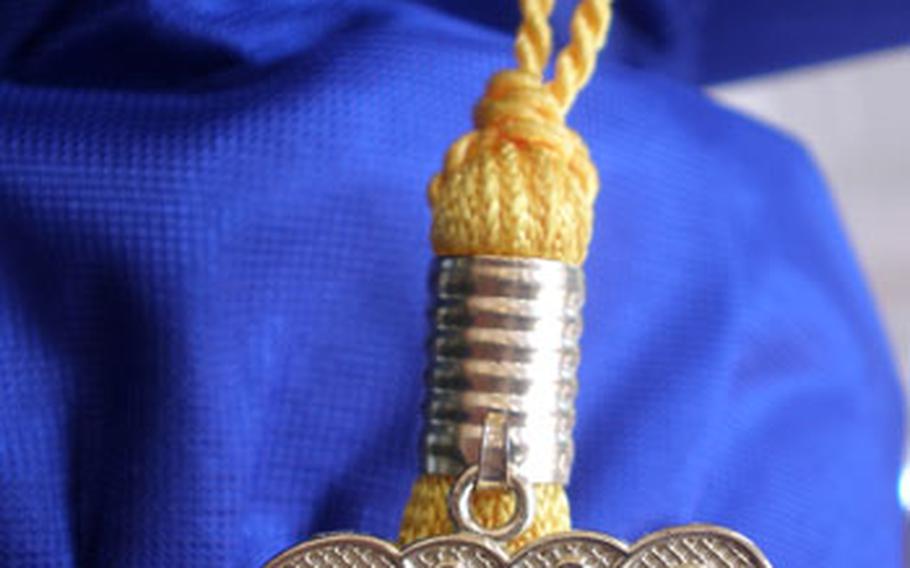 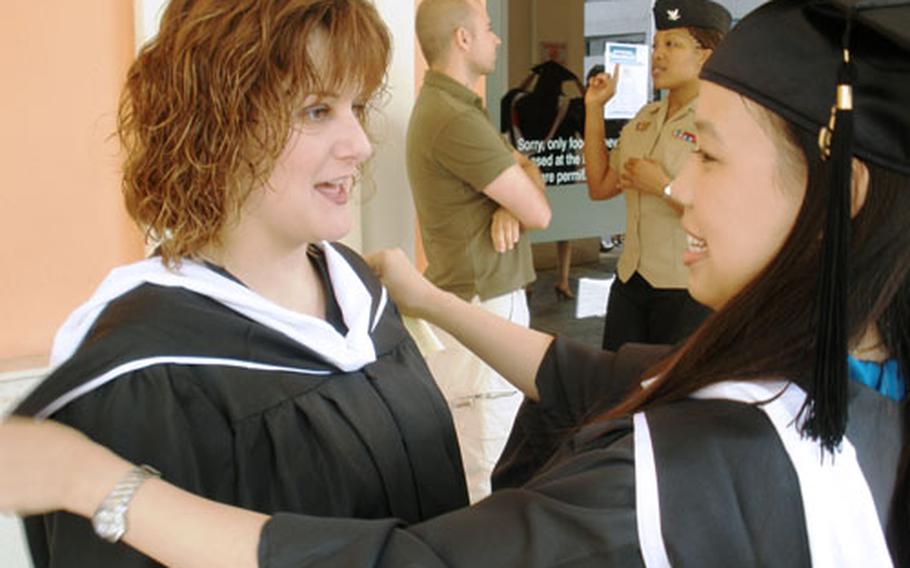 Suerjee Lee, right, makes sure Misty Owens&#39; gown and accessories are perfect before they head to their graduation ceremony, held Friday at the U.S. Navy Capodichino base. Both graduated from the University of Oklahoma with Masters degrees in human relations. (Sandra Jontz / S&S)

Now, the 27-year-old mother of two holds a master&#8217;s degree in human relations from the University of Oklahoma, with hopes of becoming a social worker or counselor.

But on Friday, Lee and 198 other students earned degrees from 16 universities and institutions, some on campuses and others online or through distance learning programs. Of the 199, 59 attended a ceremony Friday in the theater at the Capodichino base to &#8220;walk&#8221; across the stage and collect their diplomas and certificates.

For four years, Chief Petty Officer Arthur King had been taking one class at a time to earn his degree in business administration from Touro University International, based in California.

&#8220;Today is just the end of one chapter and the beginning of another for me,&#8221; said Misty Owen, mother of a 2-month-old and the ombudsman for the USS Mount Whitney, the 6th Fleet flagship based in Gaeta, Italy, about an hour&#8217;s drive from Naples.