Judge advocate is no stranger to false claims 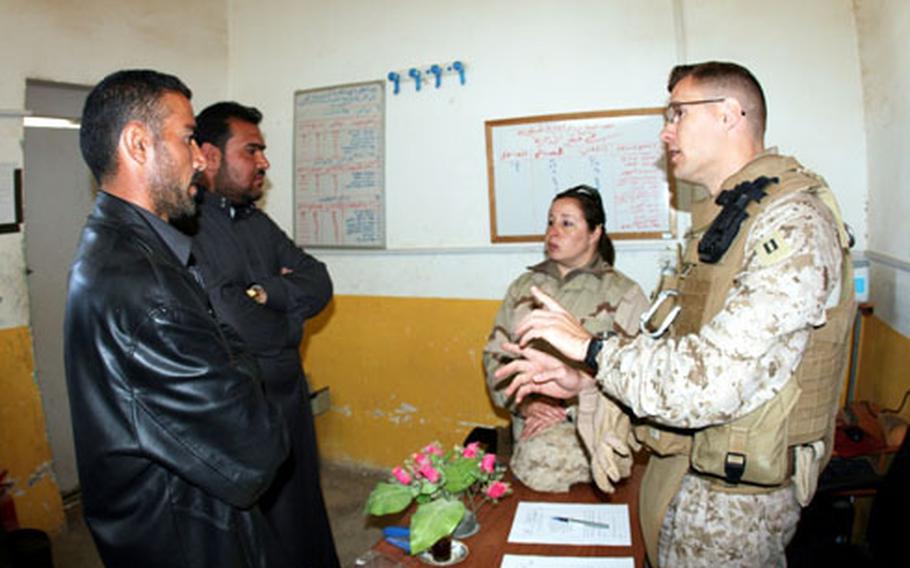 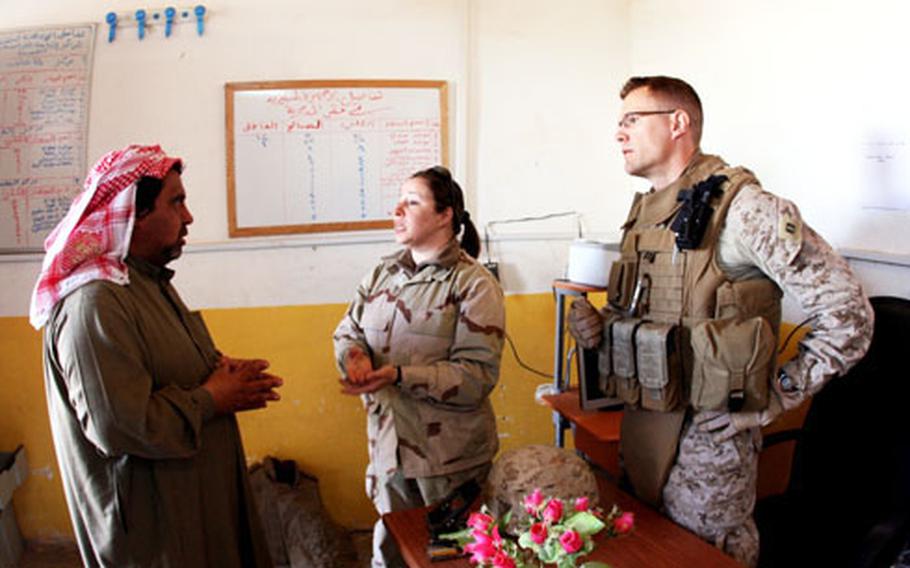 Martell, a judge advocate at Camp Korean Village, has reviewed about 100 requests for payment of damages caused by coalition troops in his five months at this tiny base in western Iraq. So far, he has approved only 12. Most of those were for rent, which often amounts to damages on buildings seized and used by U.S. forces during military operations in western Anbar province.

But many of the Iraqis who come to him want money for incidents that happened several years ago &#8212; if they happened at all.

"A lot of it is nonsense," said Martell, a Marine reservist and a civilian attorney for the U.S. Office of Special Counsel in Washington, D.C. "A lot of it is people specifically coming to me with claims that have previously been paid, or are absolute, complete nonsense."

For almost as long as U.S. forces have been in Iraq, they have paid Iraqis when they have damaged property, and hurt or killed civilians. But with combat operations over in most of the country and U.S. forces downsizing and turning over many bases to the Iraqis, the amount of property damage and civilian casualties is dwindling.

Maj. Ed Danielson, judge advocate for Regimental Combat Team 8 at Al Asad Air Base, said judge advocates &#8212; who typically handle the damage claims, &#8212; have reported a drastic drop in the number of claims since 2007.

Fake claims are common, he said. Judge advocates sometimes see neighbors or relatives make claims for damage that has already been paid, or for attacks that happened years ago.

"Everybody knows when claims day is going to be, especially after a combat operation," he said. "If it&#8217;s two or three years old (and) everybody has presented it except one guy, there&#8217;s a cause for suspect in that."

At the end of the month, Martell will stop making regular twice-monthly trips to the police station in Rutbah, the largest city in the region, to hear claims, although he will hear claims on an as-needed basis.

"My going in every other week was demonstrating to them that I expected them to have claims, and sort of encourage them to bring in nonsense," he said.

One Iraqi told Martell that his house and car had been shot and bombed by coalition forces. As evidence, he showed him two pictures of a rusted-out car and a room "with some stuff tossed on the ground," Martell said. He asked for the date of the attack, but found there had been no incidents on the date the Iraqi named.

But some of the claims are legitimate, he said. One Iraqi man was detained by the U.S. in 2006 and held for two years, until coalition forces decided there wasn&#8217;t enough evidence to prosecute him.

After his release last summer, he came to the U.S. asking for money for his time in prison, and for his truck.

Martell said some people making false claims are easy to spot by their behavior and their changing stories.

Martell said the Iraqis have grown used to coming to the Americans for money during the long U.S. military presence here.

"To a certain extent, we&#8217;ve created a welfare society here. The Iraqi people are at this point very used to having us give them things," he said.

The Iraqi man who was detained and lost his truck was eventually awarded $50,000, and he deserved it, Martell said.