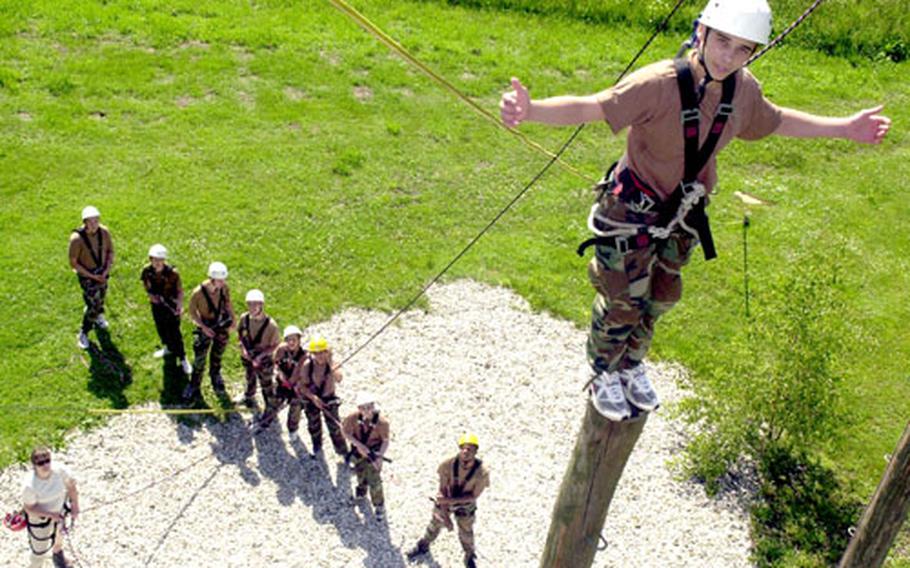 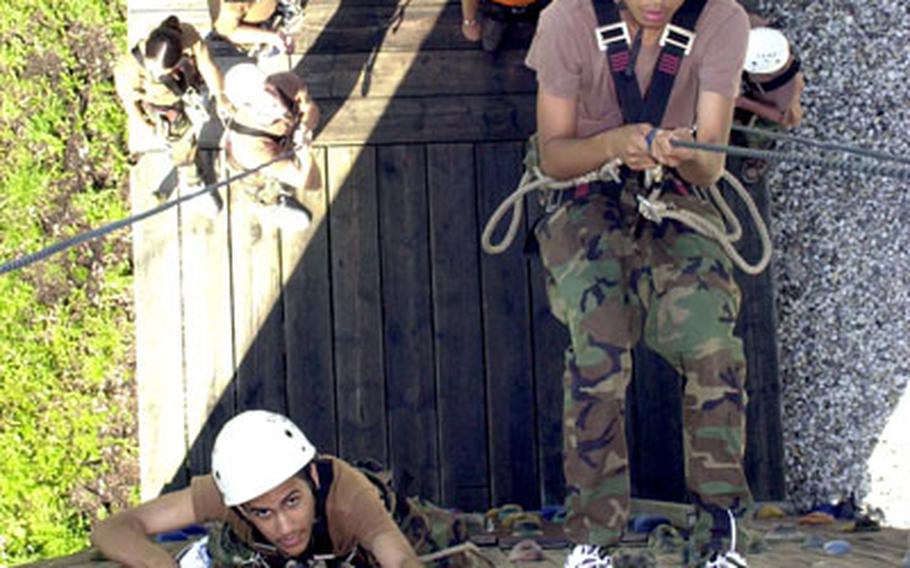 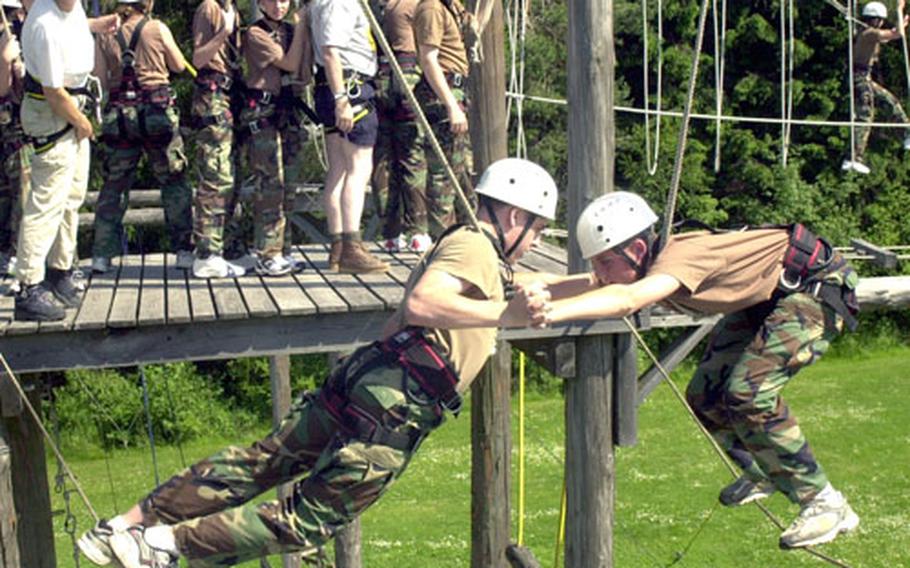 GRAFENW&#214;HR, Germany &#8212; The young girl&#8217;s body seemed to quiver with fear as she made her way, inch by painstaking inch, to the top of the 40-foot pole. When she tried to stand on top the shaking got worse, but, egged on by shouts of encouragement from fellow Junior ROTC cadets below, she finally made it.

The &#8220;pamper pole&#8221; is one of many challenges 120 cadets face at JROTC Leadership Challenge &#8212; a summer camp at Grafenw&#246;hr this week that provides adventure and leadership training.

It includes canoeing, a physical training test, drill contest, a parade, land navigation and interaction with the German army at Grafenw&#246;hr, with the possibility of riding in an armored personnel carrier, he said.

The camp includes Navy and Air Force JROTC cadets as well as 10 British cadets from the Bristol County Cadet Corps, he said.

&#8220;These are typical DODDS students. Most have parents in the military and some have parents deployed to Iraq,&#8221; he said.

In addition to the pamper pole, cadets doing a high-ropes course near Weiden on Tuesday as part of the camp contended with a raft of high-wire challenges including a climbing wall, zip line, rickety bridges, rope nets and a giant cable swing.

Vicenza High School students Stephen King, 16, and Kenny Barteau, 15, had a tough time negotiating their way between a pair of towers using two strands of wire and pushing against each other&#8217;s hands to maintain balance.

Jerrell Bank, 18, of Hanau High School, who conquered the pamper pole quickly, said this was his second JROTC camp.