Joy of impending homecoming tempered by news of pilot's death 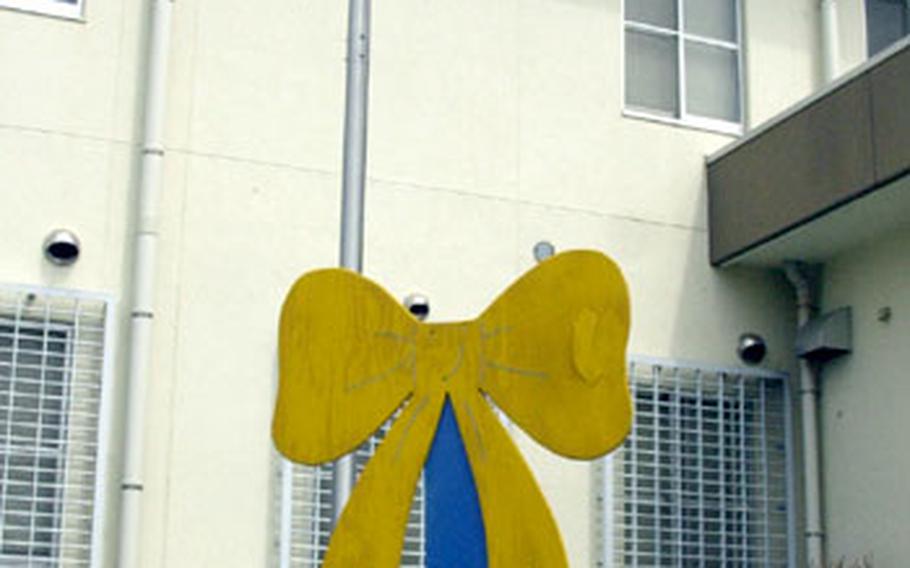 ATSUGI NAVAL AIR FACILITY, Japan &#8212; Excitement about the USS Kitty Hawk&#8217;s return was tempered Monday by the announcement that the body of F/A-18 Hornet pilot Lt. Nathan D. White, 30, was found in Iraq over the weekend.

White&#8217;s jet, part of Carrier Air Wing FIVE based at Atsugi Naval Air Facility, was shot down April 2 over Iraq.

The jet possibly was shot down by a U.S. Patriot missile, U.S. Central Command announced, but the incident is under investigation.

White flew as part of VFA Squadron 195, one of three Hornet squadrons in the air wing, said Lt. j.g. Mike Odom, officer in charge of Carrier Air Wing FIVE (beach) detachment. White was with the squadron at Atsugi for two years.

White&#8217;s death was announced during base church services Sunday. Monday, news of the death was still traveling across the close-knit community.

Evidence showed White ejected from his jet before it crashed, according to Central Command officials. U.S. forces began a search-and-rescue mission immediately after.

As news spread of other American POWs found safe, people at Atsugi held on to the hope that White would be found alive, Mack said.

White is survived by his wife and three children, said Brian Naranjo, spokesman for Atsugi.

The squadron is expected to hold a memorial aboard the carrier this week. A base memorial is scheduled for 10 a.m. Thursday at VFA Hangar 195.

White will be buried at a national cemetery in the States, Naranjo said.

Odom said the loss is particularly difficult in such a cohesive group. The squadron has about 200 people including about 25 pilots.

November 1994: A Navy pilot from Atsugi aboard the USS Kitty Hawk was rescued unharmed from the Philippine Sea south of Okinawa after ejecting from his F/A-18 Hornet during a training accident. He was attached to Fighter-Attack Squadron 97.

April 1998: An Atsugi-based Navy pilot on the USS Independence was unharmed after ejecting from his F/A-18C returning to the carrier in the northern Arabian Sea. He was part of Strike Fighter Squadron 192.

February 2003: A Navy pilot was unharmed when his F/A-18 jet crashed into the Western Pacific between Japan and Hawaii. The pilot was aboard the USS Carl Vinson, which was in the Pacific while the USS Kitty Hawk was deployed to the Persian Gulf.

VFA-192: The Golden Dragons. Started during World War II flying the Hellcat. The squadron moved to Japan in the mid-1980s and switched to the F/A-18. The Dragons participated in a variety of missions including operations Desert Storm and Southern Watch.