Journalists get unexpected close-up of life aboard carrier 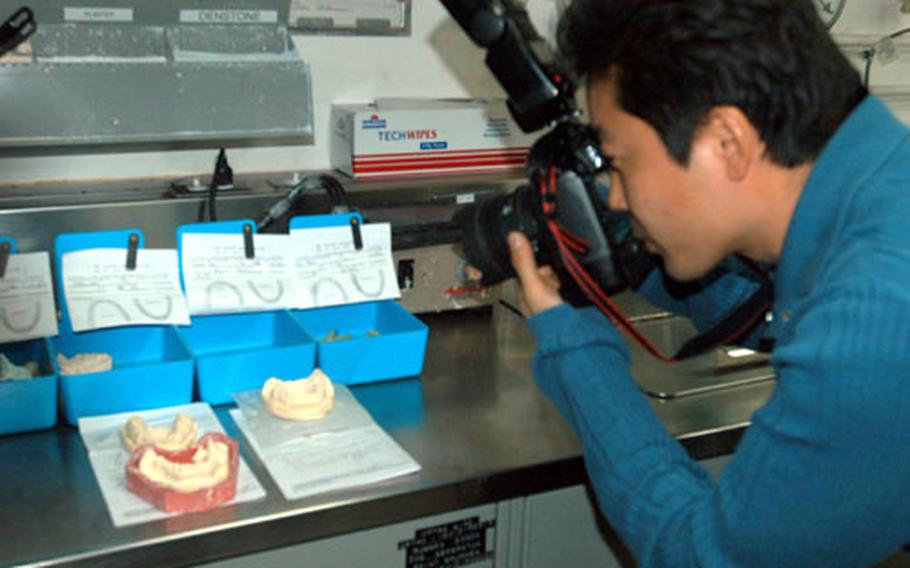 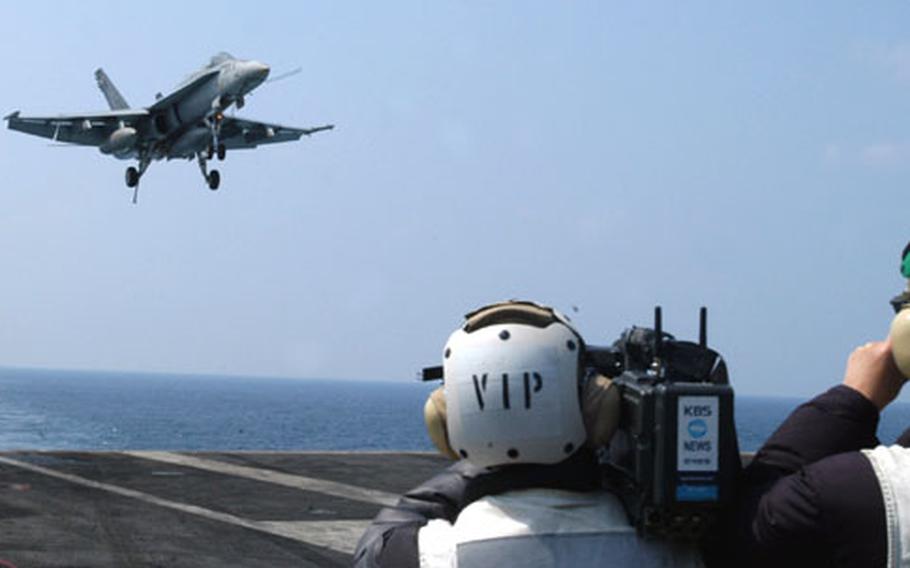 Members of the media film F/A-18 Hornets landing on the flightdeck of the USS Ronald Reagan Wednesday during a tour of the ship as it made its way toward Busan. (Jimmy Norris / S&S)

SOMEWHERE AT SEA &#8212; I had just concluded a three-hour tour aboard the USS Ronald Reagan and was on my way back to dry land.

We climbed aboard a C-2 Greyhound Carrier Onboard Delivery aircraft and were catapulted off the Reagan&#8217;s flight deck, an experience I recommend to anyone who wants to know just how far he or she can lean into a seat belt before breaking a rib.

I settled in to figure out how to write my story &#8212; OK, to sleep. But my nap was cut short when the goggled crew chief leaned across my seat with a small flashlight attempting to find the source of an oily vapor that was clouding the entire passenger compartment.

I marveled at the pilot&#8217;s technical expertise as I pulled on my oxygen mask, but then I cursed him &#8212; under my breath &#8212; as the straps on my mask snapped before I could secure it.

For safety, we returned to the Reagan, where we were informed that if the plane could not be repaired before dark, we would be overnight guests.

A frenzy of officers and public affairs personnel immediately began attempting to see to the needs of the 16 journalist guests &#8212; a task that seemed easier said than done.

One group demanded to be fed on the spot.

Another &#8212; with me as the loudest &#8212; announced our need to smoke. Another group had to start calling editors.

Somehow the ship&#8217;s crew managed to accommodate everyone.

In some cases they even managed to over-accommodate, feeding us three times in less than four hours.

It was hard being forced to subsist on steak and crab legs, but somehow, all the journalists on board managed to pull through.

Most were berthed in two-person rooms overnight.

I got stuck in the six-person room, but I was provided a free toiletry kit and was given additional tours of the ship.

Another good part about staying overnight? We got to cover the ship arriving at port in Busan from inside the rails &#8212; without any hazardous mist.