Jones has high hopes for NATO role in Afghanistan 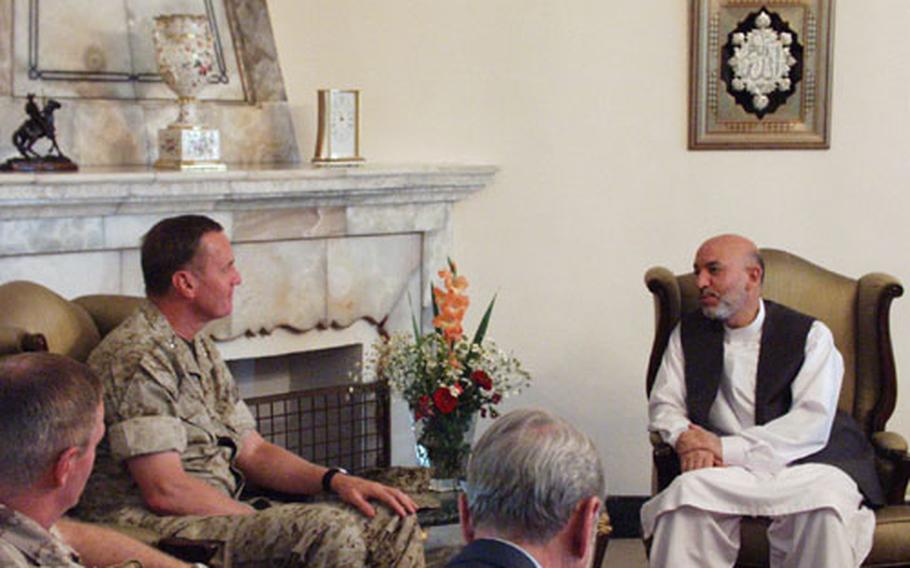 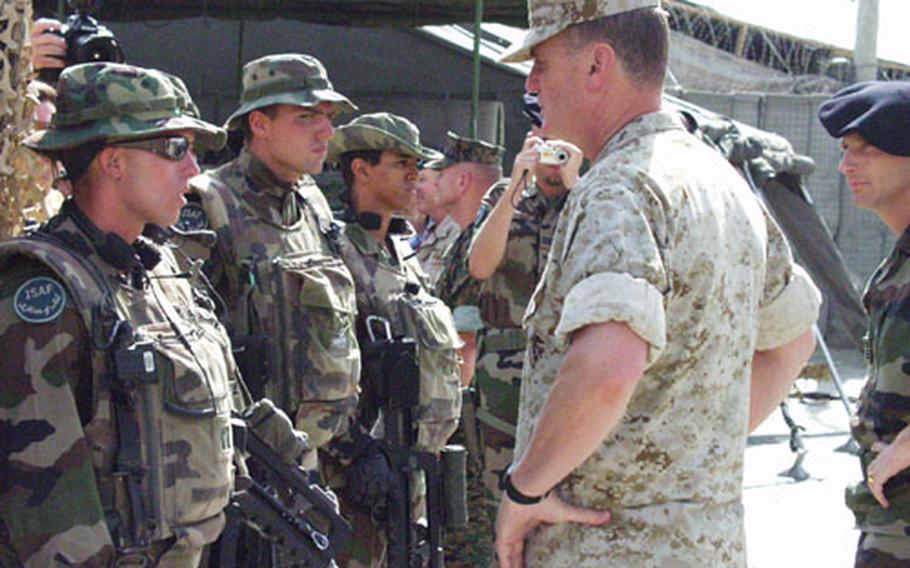 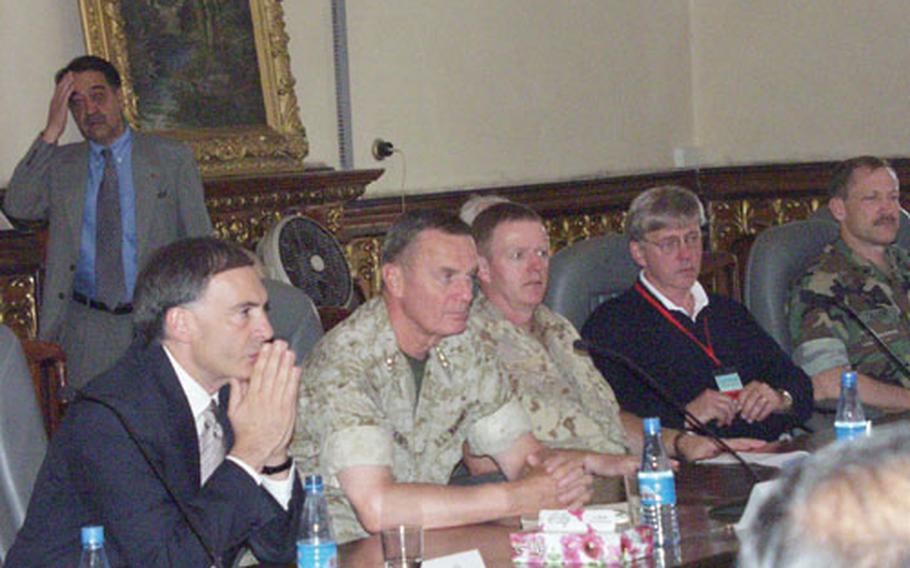 KABUL, Afghanistan &#8212; Gen. James L. Jones, supreme allied commander of NATO, toured Kabul and beyond Friday and Saturday in a flurry of briefings in advance of the alliance summit this week in Istanbul, Turkey.

Afghanistan and Iraq will figure high on the agenda. Some analysts have said NATO could up its presence in Afghanistan as a means of helping the United States in Iraq without actually going to Iraq.

Jones came away from Kabul with two impressions confirmed: Despite troubles, Afghanistan is better than its rap; and that for NATO to fulfill its lofty hopes of reforming the former militant theocracy, member states will have to spend money.

Jones has big hopes, and would like to see expansion in as little as 30 days &#8212; provided world leaders will sign the check this week supporting:

&#8226; More provincial reconstruction teams, or PRTs, to help with infrastructure and social programs. NATO now runs one in Konduz and plans five more to augment the 13 established by the United States and its coalition.

&#8226; Medical facilities, including a triage unit.

The alliance plans to expand into the great Afghan expanse in a counterclockwise sweep. Now, it is active mainly in the capital, leaving much of the remote reconstruction to the United States&#8217; Operation Enduring Freedom. Reconstruction is where NATO could help, leaving the Americans to hunt Osama bin Laden and the Taliban.

To bring the place under control, NATO is striving to tame 100,000 former muhajadeen who make up the Afghan Militia Forces. NATO would like to see the fighters, mostly former Northern Alliance members who fought the Taliban, retire to civilian life and be replaced by the budding Afghan National Army.

It&#8217;s a tough job. The old muhajadeen know nothing but guns, and the new Afghan troops are innately fearless, but often undisciplined.

All these tasks, officials here said, means more help is needed from NATO, and by this summer.

&#8220;While there is the good spirit to support Afghanistan, the time is now,&#8221; said Abdullah Abdullah, Afghanistan&#39;s foreign minister.

&#8220;I came away with the idea that Afghanistan is a better story than most people realize,&#8221; he said. &#8220;The Taliban and al-Qaida are definitely being dealt with. Most problems now are problems of governance.&#8221;