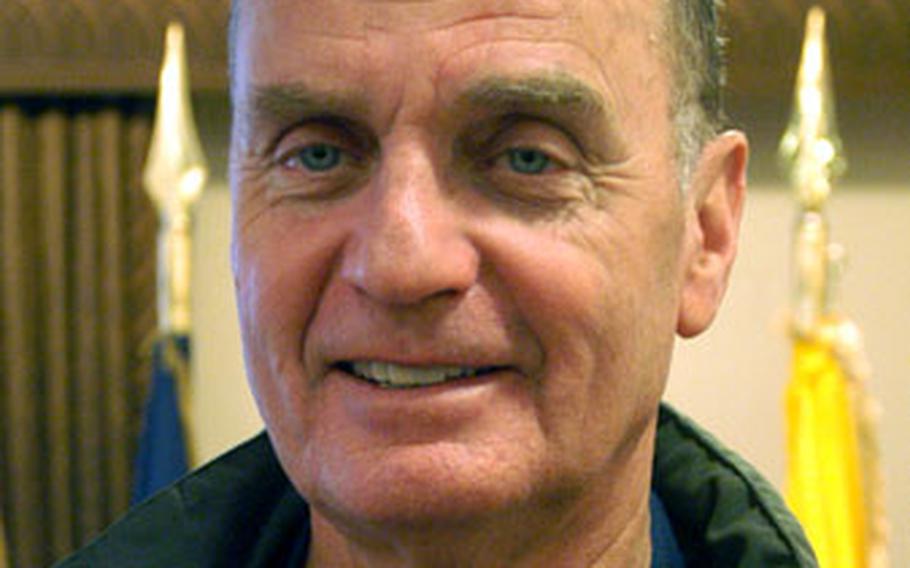 Europe, which for 50 years has been comforted by a security blanket of U.S. forces, would be wise to do some transforming of its own militaries, according to the general who commands both U.S. forces in Europe and NATO&#8217;s military collaboration.

The key, according to Marine Gen. James L. Jones, is for Europe&#8217;s militaries to plan together and spend accordingly to address 21st-century threats, such as terrorism, that could affect all nations.

&#8220;There&#8217;s a political appetite [in Europe] to take on more missions,&#8221; said Jones, commander of Supreme Headquarters Allied Powers Europe, NATO&#8217;s military arm. &#8220;But there is also a corresponding lack of willingness to resource those operations. The two have to be reconciled.

Jones made his comments Tuesday in an interview with Stars and Stripes.

Europe has to decide how to use its resources, he said. It&#8217;s not that the militaries are sitting on their hands, he added. All 26 NATO nations, plus 16 others, have more than 31,000 troops currently deployed on seven NATO-led missions. Only 2,490 are U.S. troops.

But there&#8217;s overlap in Europe&#8217;s militaries. On one hand, the 26 member-nations of NATO pull together troops and supplies for missions such as training Iraqi army officers and providing security and rebuilding in Afghanistan.

On the other, the 20 members of the European Union have begun fielding their own missions. Currently, security in Kosovo is being provided under the EU flag.

In the middle is the U.S. military, which often acts as the glue holding the missions together.

Defense spending by European nations is flat, and most of that planning and spending is being done within borders instead of across them. Jones and others are urging European nations to spend more on defense and to do so with more coordination in order to get more bang for the buck as a continent.

&#8220;The overwhelming majority of the assets that exist in both organizations come from the same countries,&#8221; Jones said. &#8220;As long as the [defense] budgets don&#8217;t increase, you have to find the accommodations that are required.

&#8220;There&#8217;s some great [complements], but we have to make sure we don&#8217;t go down the path of creating two separate standing organizations militarily because at current budget levels it&#8217;s not affordable,&#8221; Jones said.

The U.S. military is in the midst of drawing down its Europe-based forces.

The Army, for example, is expected to decrease its allotment of Europe-based soldiers from 62,000 to 24,000 over the next five to 10 years.

But the U.S. also is forging agreements with Bulgaria and Romania to have permanent training sites there, manned by troops rotating in on a temporary basis, and will adjust its Germany-based forces to allow broader training at bases such as the one in Grafenw&#246;hr.

All the sites are to be used for training with European and other forces.

&#8220;[U.S. forces] are really the glue that helps [shape] achieve this interoperability,&#8221; Jones said. &#8220;The U.S. invests more money in research, in developing joint capabilities, in modern techniques of command and control.

&#8220;This is a very powerful way in which the United States can stay in contact with our European allies, and also so we can walk down the path of transformation and modernization together.&#8221;