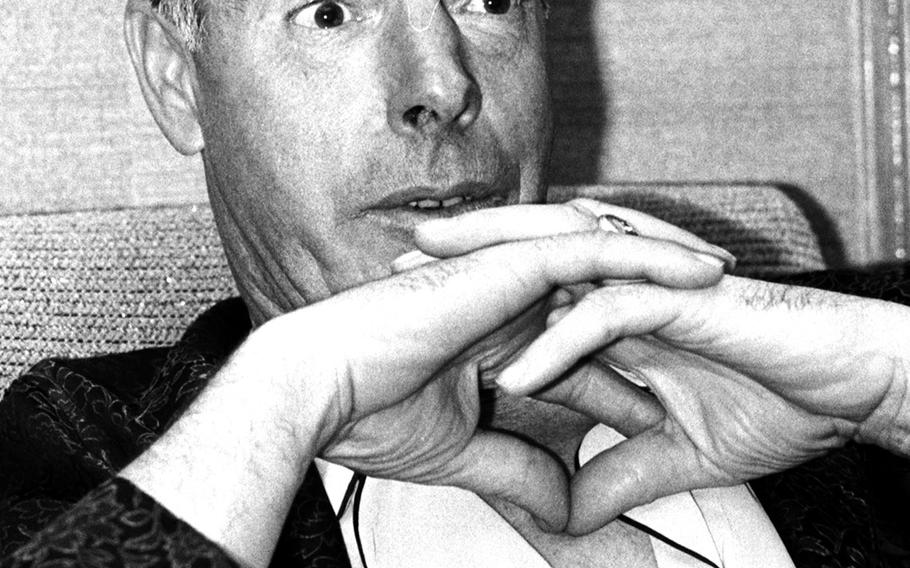 Buy Photo
Joe DiMaggio is interviewed in Tokyo in 1966. (Masahiko Nakamura/Stars and Stripes)

Buy Photo
Joe DiMaggio is interviewed in Tokyo in 1966. (Masahiko Nakamura/Stars and Stripes) 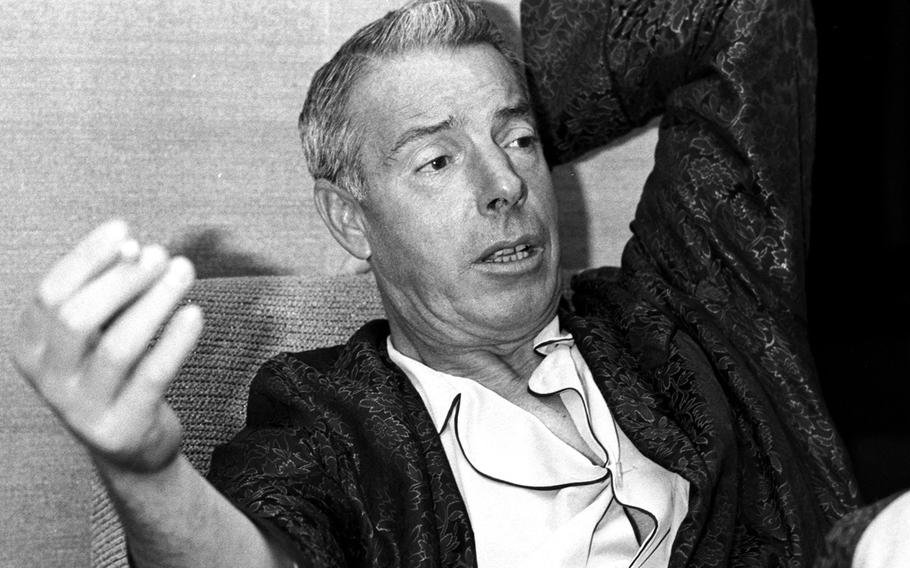 TOKYO — Joe DiMaggio was a baseball player of class.

He was a premier craftsman whose trade mark was the ability to produce gracefully under pressure.

The key hit — often a decisive home run; the seemingly impossible catch; the rifle-fast, accurate throw that doubled a runner off base. He did all of these and made them look easy.

The son of Italian immigrant parents, he performed like an Old Country sculptor or violin maker — silently, efficiently. But his workshop was a wide-open arena where his wares were viewed by all.

In his 13 years in the big time — all for the Yankees —-Jolting Joe heard enough applause and cheers to please an army of politicians. He also heard his share of boos from fans who came to see his perfection but saw him err.

Shy, retiring, he took everything in stride. If all went well, the DiMaggio smile said so.

Like when he started the 1949 season after missing the first 65 games because of illness. He slammed four home runs, hit for a .500 average and drove in nine runs over a three-game series in the biggest shock Boston had had since the Redcoats docked.

A news magazine spread a closeup picture of him smiling on its cover. Everyone understood.

If he went hitless, he usually would say: "I've just been lousy."

When he retired after the 1951 season he had a flock of records. He prizes his 56-game consecutive hits mark. It still stands in both leagues. His lifetime batting average was .325.

DiMaggio is now 50, gray, and if he is where the weather is cold he walks stooped over. "I've had a ruptured disc for a few years. Besides, I've always had an arthritic condition."

He still smiles but if the pain hurts his lips tighten, and his jaw juts out, the way it did when the count on him was three and two and he dug in deeper at the plate.

"I've got a good doctor. He doesn't believe in operating unless it's really essential. I asked him about my golf game. He knows I've got a 13 handicap. He said, 'Go ahead. I know you'll play anyway.' I'm getting ready for the Bob Hope Classic, Feb. 2-6 ... Say, wasn't that great the way Palmer won the Los Angeles Open?"

Joe's enthusiasm is as boyish as a game of marbles, as contagious as a first case of measles.

"The pressure that's on a ballplayer? (He says "ballplayer" proudly.) Sure I felt it. But if it gets too strong, if you let it get the better of you, then you can't do anything. You've got to find a way to relax."

Branch Rickey once said: "Psychologically there's always someone in control in the contest between pitcher and batter."

DiMaggio commented: "There certainly is. Every time I went up to the plate I made myself believe that I was four times better than the pitcher.

"Sometimes it worked well. Bob Feller was the greatest pitcher of my time and I almost always was able to hit him well."

This summer, as usual, he will return to Yankee Stadium for the annual oldtimers' day. As usual, he will be introduced last. He will doff his cap and flash that warm smile, which perhaps again will freeze as a question forms in his eyes.

The question suggests that possibly he is the only person in the park who doesn't fully know why they are still cheering Joe DiMaggio.

"Right!" DiMaggio snapped his fingers, as if the other person had answered correctly the $64 question.

Every DiMaggio fan has favorite reminiscences. Here is one.

It is mid-season 1950 and about 11 a.m. in Yankee Stadium. Up in the concrete mountains that are the right and left field stands, attendants with dust cloths move slowly through the rows of seats, like workers in a field:

Their backs are turned on the field where DiMaggio, now 36, is taking extra batting practice. His timing has been off in the early part of the season. All the opposing pitchers in the league don't know it yet, but DiMag does. This is worse. His pride is rankled.

Throwing in an assortment of curves and fast balls is former teammate and now coach, Frankie Crosetti. DiMag, is hitting nothing but bouncers down the left side of the infield. Crosetti seems ashamed, as if he is humbling, not helping, his friend.

DiMag steps out of the batters' box and looks around to see if anyone is watching. Some people have come in — a few ushers are in the section behind home plate and some more are in the stands along the left field line. Up on the photographers' ledge above first base is a blond-haired boy setting up a big camera.

DiMag frowns. His lips move, phrasing a few silent words as lie steps up to the plate.

Frank throws, Joe swings and his cobra-fast wrists snap and the bat neatly slaps the ball over third base.

Another pitch. Joe swings. It's gone. You know right away. Fast, yet slowly rising, down the left field line and deep, deep back into the lower stands. The ball whacks against a wooden seat and ricochets off several more.

Joe and Frank exchange glances, then head for the dugout.