Joint exercise at Ramstein may cause extra noise, traffic delays 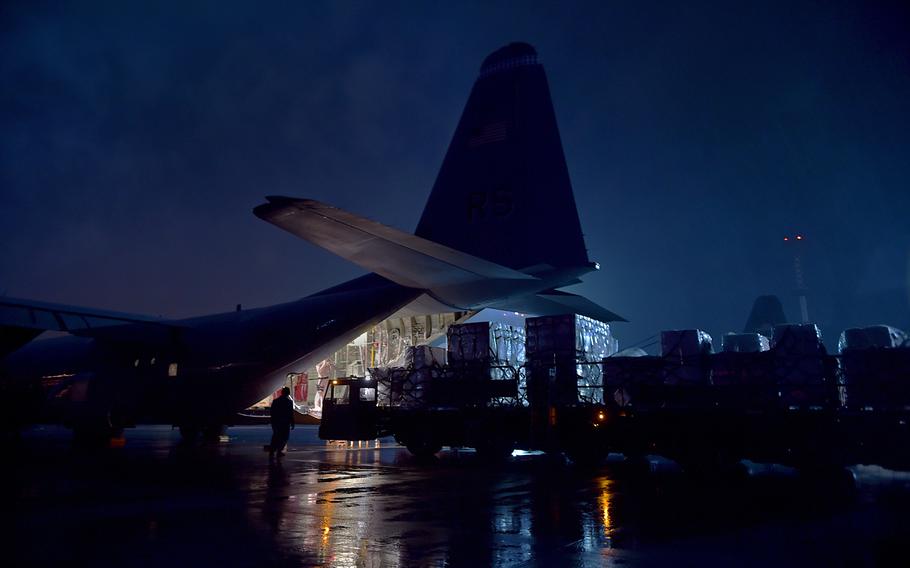 KAISERSLAUTERN, Germany — A joint German-American training exercise planned for Ramstein Air Base on Saturday may cause some gate closures and traffic delays on or around base.

Members of the 86th Airlift Wing will participate in the exercise, along with German volunteer fire departments, first responders and medical services from Kaiserslautern, Donnersberg and Birkenfeld counties, according to an Air Force news release.

Residents in local communities may hear noise from the use of the public address system, smoke machines and emergency vehicles, as well as other activities from the flight line area. These activities should not be cause for concern, the Air Force says.

Traffic on or around base may also be affected, and gates may be closed temporarily.

The exercise is based on the Agreement on Mutual Assistance in Fire Protection, General Aid and Disaster Preparedness. It tests responders’ preparedness and is not related to any real-world events, a base spokesman said Thursday.