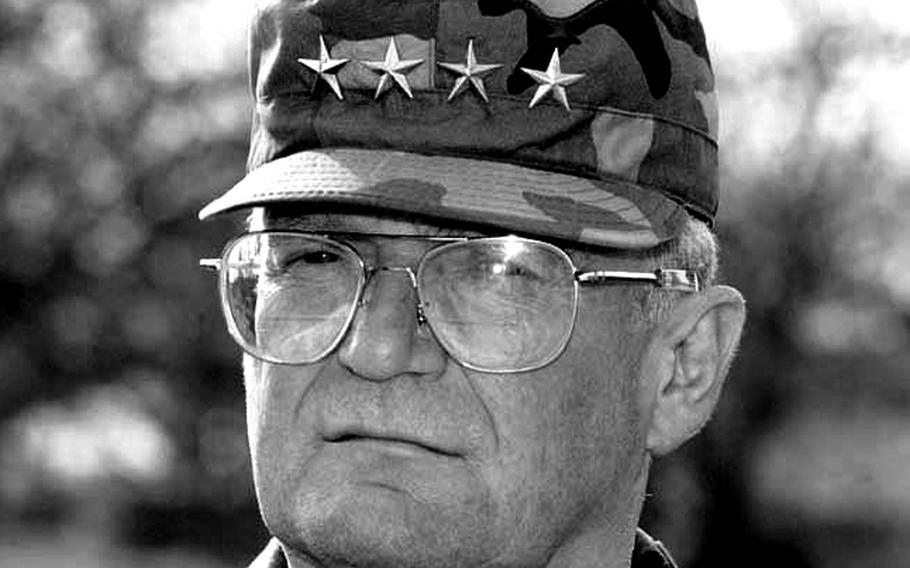 Gen. John Shalikashvili, the chairman of the Joint Chiefs of Staff, during a 1996 visit to Camp Lisa in Bosnia and Herzegovina. (Susan Carl/Stars and Stripes)

Gen. John Shalikashvili, the chairman of the Joint Chiefs of Staff, during a 1996 visit to Camp Lisa in Bosnia and Herzegovina. (Susan Carl/Stars and Stripes) 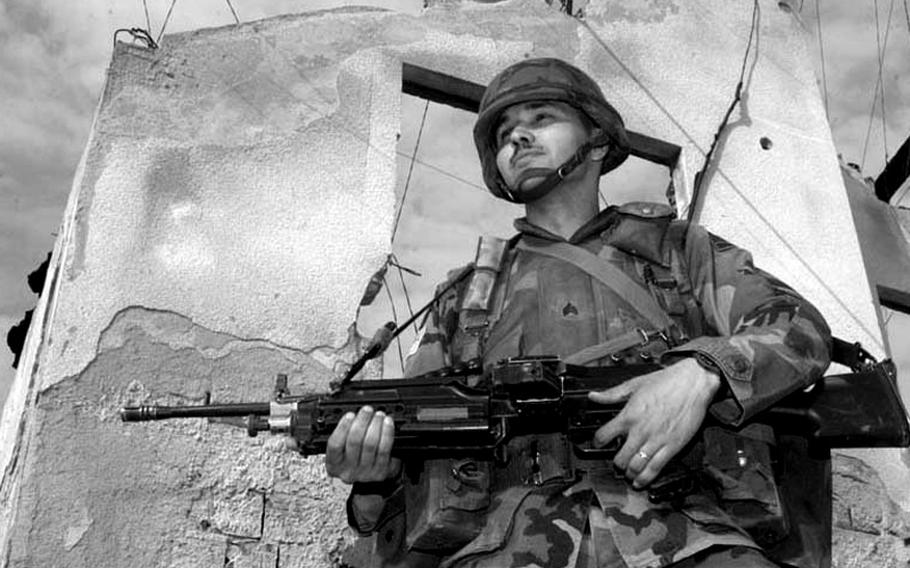 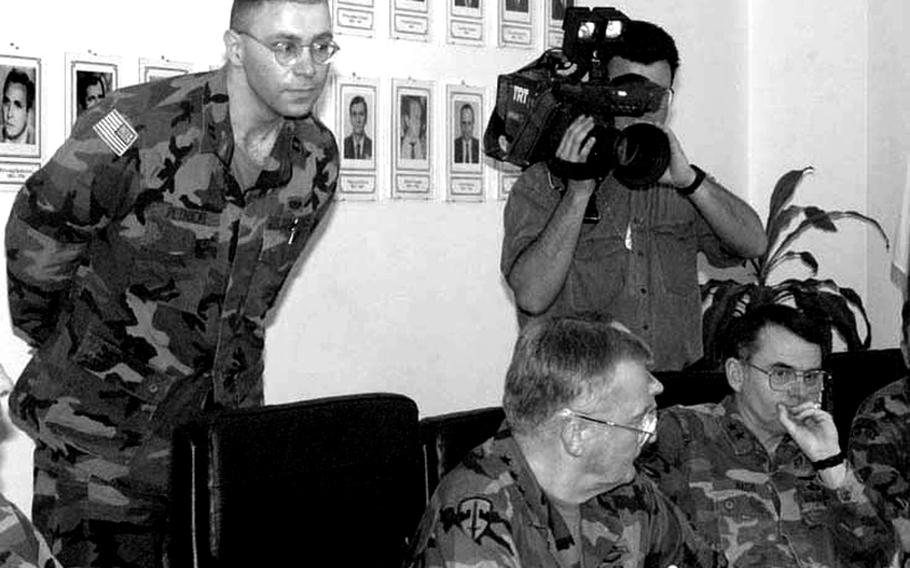 Capt. Vlad Petmicki, the top Serbo-Croatian interpreter in the U.S. Air Force, leans forward to catch the words of Zenica mayor Besim Spahic's speech so that he can translate it for General John Shalikashvili, center. (Susan Carl/Stars and Stripes) 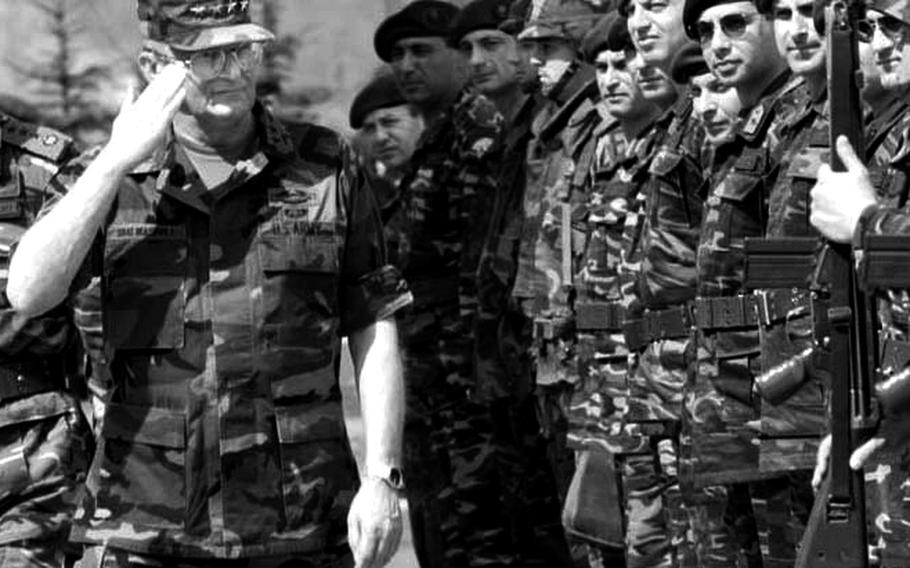 CAMP LISA, Bosnia and Herzegovina &mdash; The chairman of the U.S. Joint Chiefs of Staff had kind words for Bosnians and Implementation Force troops Thursday on a quick trip through the Balkans.

From city officials of a Bosnian town to soldiers of the coalition peacekeeping force, Gen. John M. Shalikashvili missed few people as he smiled and saluted his way through a spring afternoon.

Standing on a hilltop now known as Cam Lisa, the headquarters of 1st Armor Division's 2nd Brigade, Shalikashvili marveled at the progress made in four months by IFOR.

"It's hard to overestimate how far we have come in the last four months," he said.

He said the end of the fighting and the acceptance of the Dayton peace accord by the factions' militaries are a credit to the dedication, discipline and professionalism of the troops .involved.

"We have reason to be optimistic," he told a small group of reporters. "It has been an effort of which every American is immensely proud."

Earlier, the chairman stopped by the Turkish Brigade headquarters in the town of Zenica where he had complimented the efforts of Col. Ahmet Berberoglu and his soldiers.

"I wanted to come personally and tell you," Shalikashvili told the Turkish commander.

"For the longest time, I wanted to come and visit the Turkish Brigade because of the high reputation they have in performing their mission," he told Turkish reporters.

In another brief meeting on his whirlwind afternoon, Shalikashvili spoke with the Zenica mayor, Besim Spahic.

The mayor used the occasion to thank the American people and the American army for their assistance to the Bosnian people. He said Zenica is a multiethnic town and successfully defended during the war the idea of Bosnia.

"The idea of Bosnia in this area means four cultures meet and have co-existed for centuries," Spahic said. "The American people can certainly understand that because this is the American way of life."

Bosnia will try to further the democratic process in the world, he said, adding, "The American people are the foremost example of that."

Shalikashvili responded, "Let me assure you that I and all my colleagues share with you the dream for the future that you have outlined."

He said the cooperation between the IFOR commanders and municipal leaders has been responsible for the good works done by the coalition troops.

"As soldiers, we seldom have the opportunity to do as much good as we have here," he told the mayor.