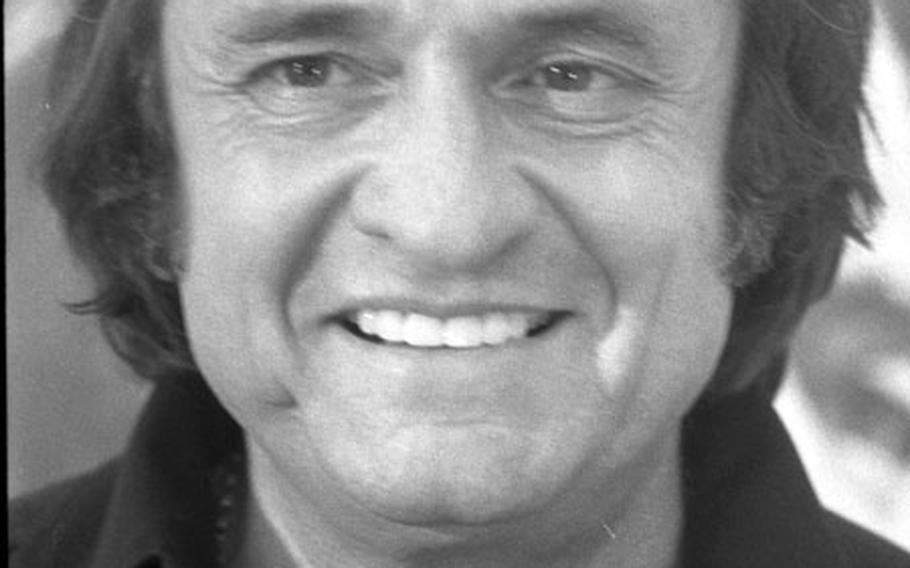 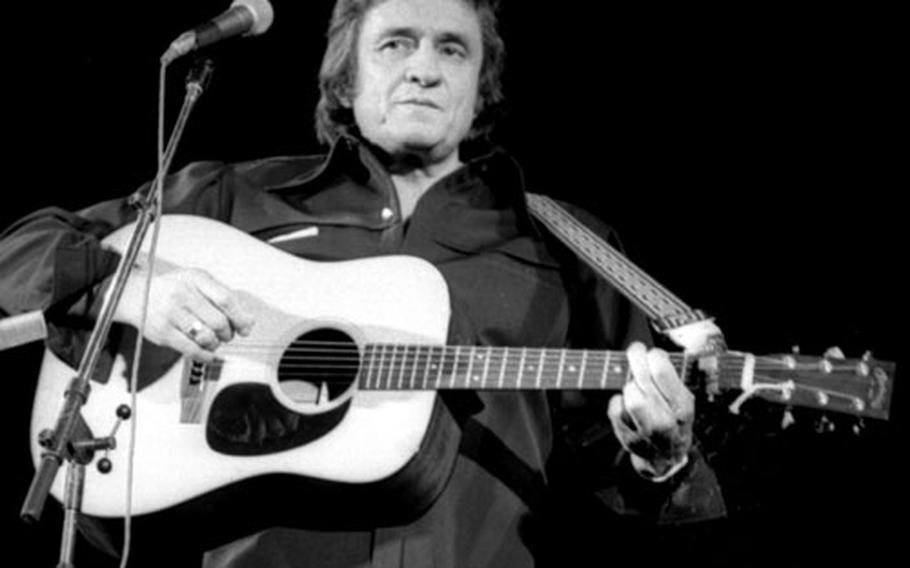 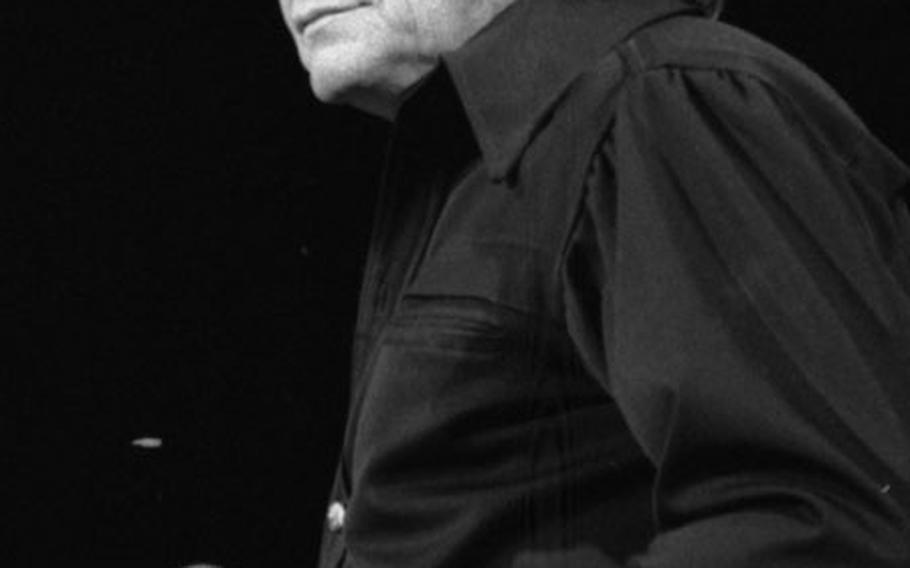 FRANKFURT — There's no doubt in Johnny Cash's mind — the "new" country music is better than the "old."

"The Man in Black," during a backstage interview, said: "I think the new music is better than ever. It attracts a wider audience. And, with the interest shown by the major TV networks, it seems to have gained a wider acceptance."

He was coughing, at times uncontrollably, and his voice sounded even more gravelly than it normally does. He explained that, during his show in Vienna the previous night, he had performed for 2¼ hours. The long performance, combined with a cold, had left him hoarse.

Talking was obviously painful, but he made another point about current music: "There are also more kinds of artists performing today with different styles. Different performers have different ways of presenting the music," he said.

A special in Israel

Cash, perhaps the most consistently successful country and western performer ever, was working his way home, with stops in Vienna and Frankfurt, after doing a Christmas special for CBS Television in Israel, which will be presented Nov. 30 in the States.

He had the Frankfurt Festhalle rocking in a one-night stand Friday.

Cash was nominated to the Country Music Association's Hall of Fame this year. Of that, he said: "I'm glad Merle Travis won his place there. I'm really too young for the honor. In fact, there are several others I'd like to see get in before I do."

Cash hosted the CMA affair this year and said that there were no major surprises in the selections, as far as he was concerned. He added, "I think the people who were selected deserved it."

Part of Cash's success lies in his identification with mere mortals, and the trappings of super-stardom seem not to have removed him from his days in the car factories of Detroit, in hitchhiking across the country — and in jail. Somehow, when talking to him, you can sense he hasn't forgotten those days.

He was one of the first headliners to do the "prison circuit." He said, "I still do a prison show from time to time. In fact, we did San Quentin and Folsom in January. You know, I'd sing about things they identify with, and they thought I was one of them."

He also can claim much in common with GIs. "I did 20 years in the Air Force — from 1950 to '54. Being in the service isn't like being in jail, but the days and nights can get very long and lonely."

Cash was very high on plans to return to Europe in April, when he will do an 11-day tour of Germany and Austria. Then, he said: "We're going to Czechoslovakia. The official invitation will be extended tonight, but the details are already worked out. We're very excited about it. This will be the first time for us in a Communist country. We're all looking forward to it."

After the interview, Cash went out to face an audience of several thousand folks, mostly German, but with a large smattering of "rebel-yelling" GIs.

Somehow, he put on a two-hour show. He sang and cut up for the audience and was on stage for all but about five minutes.

June Carter, his wife, apologized for his hoarseness — but, to most people's ear, his voice was strong and, as always, successful.

What prompts an obviously ill man to keep going? "It's the shows. They're a performer's lifeblood. You can't get burned out doing what you like to do. I overdid it last night and I'm not used to that, so I'm paying for it now."

In looking back on the last few weeks, Cash said: "We shot the special, which will be shown November 30th in the States. It was really great to work with my old friends from our Sun Record days: Jerry Lee Lewis, Carl Perkins, Roy Orbison and, of course, June and the Carter Family. The 30th is a little early for a Christmas special, and the theme, of course, is Christmas. It should be the kickoff of the Christmas season."

Upon his return to the States, he'll do a show in Wisconsin, then go on to a dramatic role in a CBS "Movie of the Week," Thaddeus Rose and Eddy, for airing in January.

I couldn't find my seat in the giant hall and kept trying to ask people how to get to the balcony. It was then that it became obvious that many of the Germans here spoke little or no English.

The German woman who sat next to me, once I got there, Chris Riedel of Bad Homburg, said, "Do you understand all the words in a popular German song? I think not. You see, to me it's not just the words — it's the sound and the music. I'm not really a Johnny Cash fan. I'm here with a friend. But his sound is the sound of the American language."