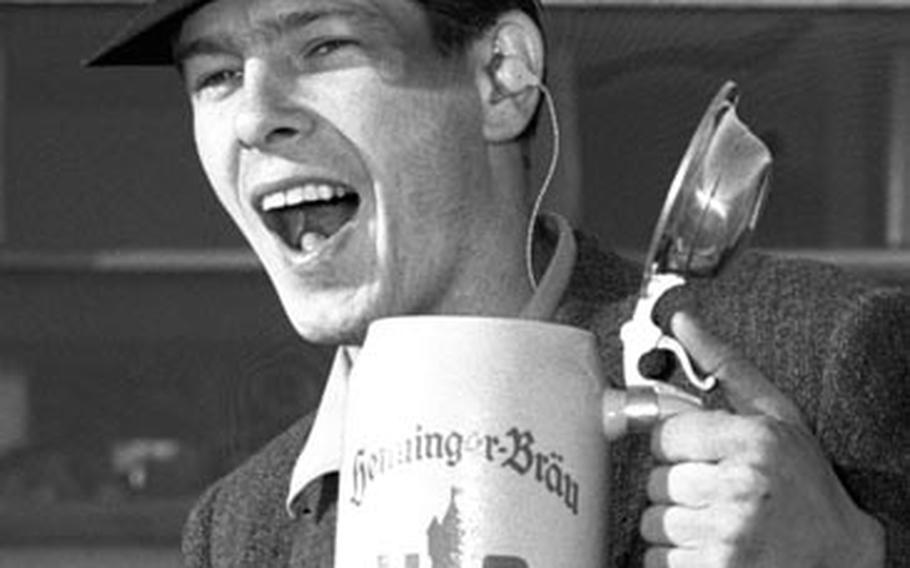 Johnnie Ray samples the local beer during a stopover at Frankfurt in March, 1955. (Stars and Stripes)

FRANKFURT, March 31 — American sob singer Johnnie Ray stopped off in Frankfurt en route to England and Scotland today and stayed long enough to say that he would like to sing for American evangelist Billy Graham if he meets him in Scotland.

The evangelist is conducting revival meetings in Scotland.

The singer said he has three songs in his repertoire which might be appropriate. They are "Path to Paradise," "If You Believe" and "I'm Going to Walk and Talk With the Lord."

He was en route to a two-week booking at London's famed Palladium and then one week each in Glasgow and Dublin. Afterwards, he said, he plans to Impend 2½ weeks vacationing in Germany.

"During that time, I would like to entertain the troops," he said. "However, nothing definite has been worked out in that line yet."

He had a German beer as he waited for the Quantas (Australian) plane to refuel and continue to London.