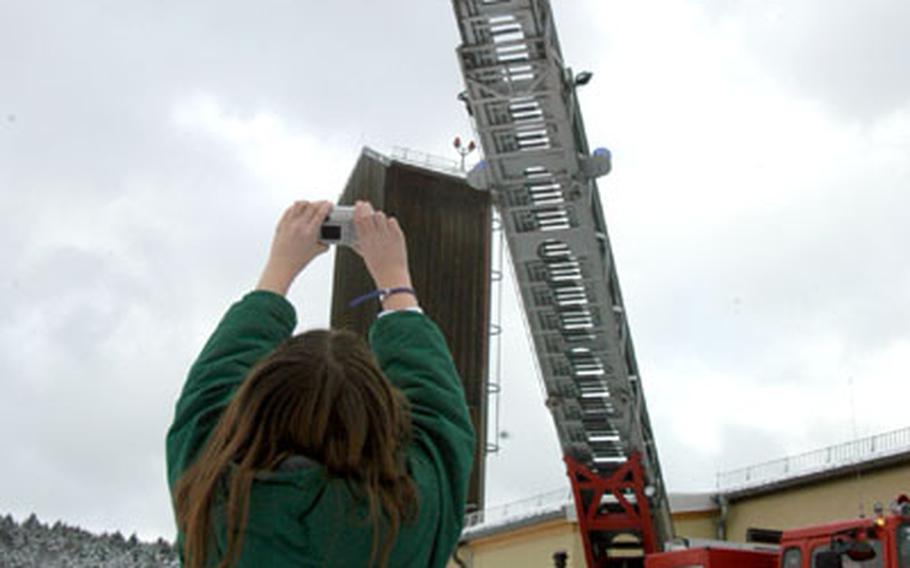 Carolina Lechner, 10, strains to get a good photo of fellow Hohenfels students on Job Shadow Day. Lechner helped a reporter for the base newspaper Training Times. (Ben Murray / S&S)

Carolina Lechner, 10, strains to get a good photo of fellow Hohenfels students on Job Shadow Day. Lechner helped a reporter for the base newspaper Training Times. (Ben Murray / S&S) 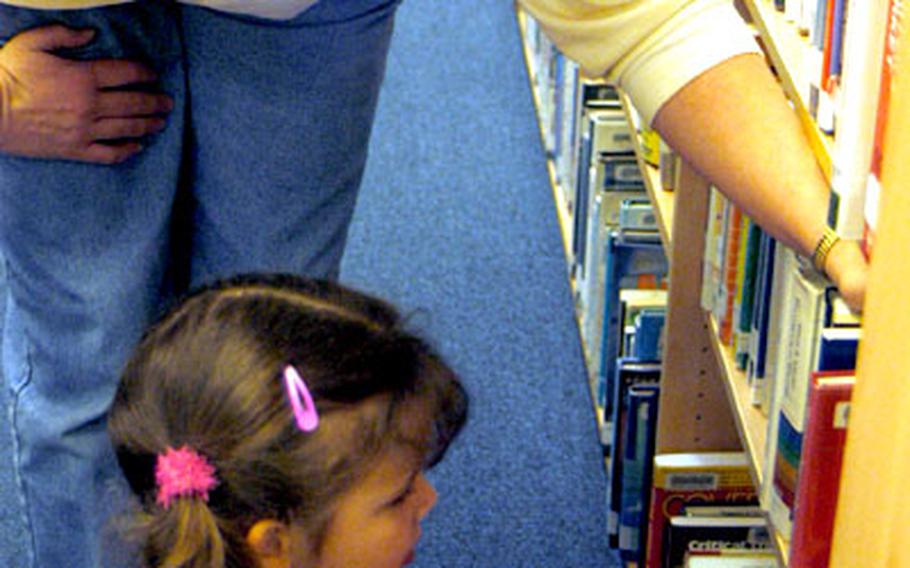 If the point of Job Shadow Day was for students to patiently tail one of their parents to work and quietly observe them, the kids in the Hohenfels military community didn&#8217;t get the memo.

Instead, Hohenfels students from elementary through high school Tuesday took an active part in the popular career-mentoring program, getting some hands-on experience in everything from shelving books to driving tanks.

Students took photos, worked with sick animals, fed lunch to day-care toddlers and clocked hours in just about every department on the base, from the legal office to the public works department, Hohenfels program coordinator Michele Wolff said.

While many kids did go to work with mom or dad to learn more about their parents&#8217; occupations, this year Wolff said she received a record number of special requests from Hohenfels kids to explore certain professions, including one from a student who wants to be a paleontologist. Wolff said she was able to oblige.

Now in her third year of running the Hohenfels event, Wolff said participation has been steadily growing in Job Shadow Day, with about 500 of the approximately 800 local students forsaking the classroom for the boardroom Tuesday. More than half of the Department of Defense schools in Europe took part in the annual event, she said.

The program is a nationwide event sponsored by the National Job Shadow Day Coalition and timed to fall on or around Groundhog Day each year. According to its official Web site, the Coalition expects over a million students worldwide to shadow workers in 100,000 businesses this week.

One of those budding employees on Tuesday was 8-year-old T.C. Hope, who helped his mother, Tricia Hope, with her job as a library technician for the day.

Tricia Hope, who is pursuing a degree in library sciences, said she taught her son and the three 5- and 6-year-old girls shadowing her about the Dewey decimal system and the history of libraries while they practiced shelving books. Asked if they enjoyed a day at work better than a day at school, the kids in the group said anything is better than school.