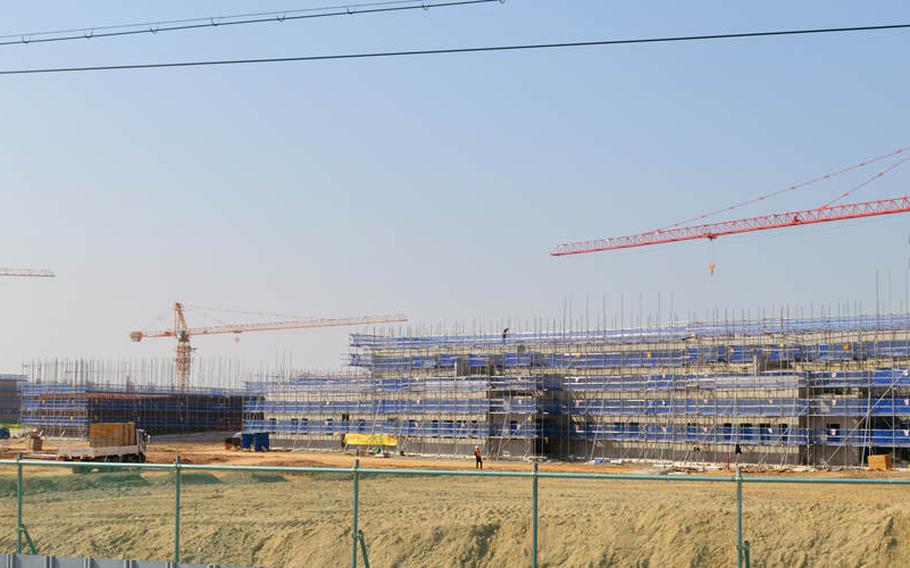 Buy Photo
A Camp Humphreys, South Korea, construction site in April 2015. South Korean police have raided the headquarters of a company involved in Camp Humphreys’ expansion over allegations that one of its subcontractors illegally funneled nearly $900,000 to a U.S. military official. (Armando R. Limon/Stars and Stripes)

Buy Photo
A Camp Humphreys, South Korea, construction site in April 2015. South Korean police have raided the headquarters of a company involved in Camp Humphreys’ expansion over allegations that one of its subcontractors illegally funneled nearly $900,000 to a U.S. military official. (Armando R. Limon/Stars and Stripes) 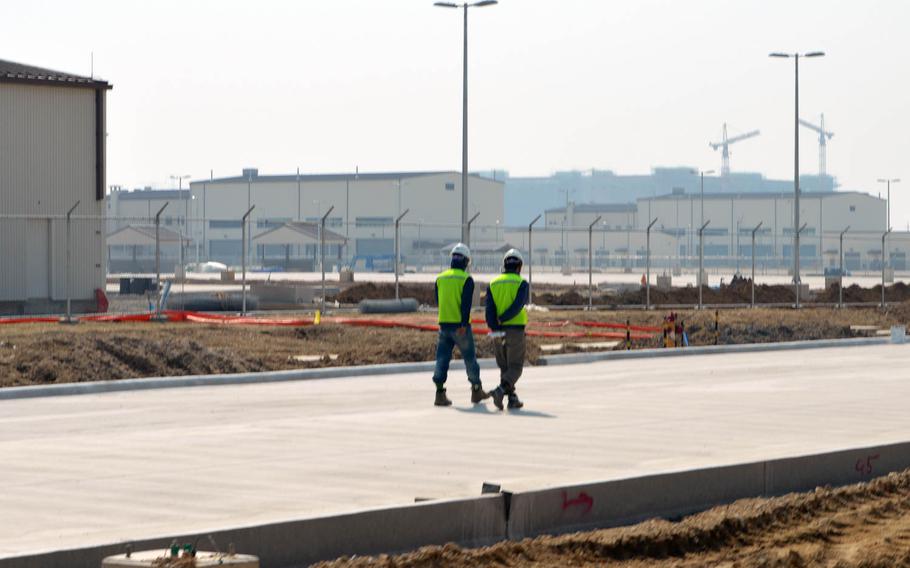 SEOUL, South Korea — Failure to meet deadlines and pay contractors on time may have contributed to the deaths this past spring of three South Koreans working on the U.S. Army’s massive expansion of Camp Humphreys, according to local police.

Two South Korean workers committed suicide in separate incidents in May, while a third man died from injuries after trying to intervene in one of the deaths.

The head of a subcontracting company set himself on fire May 8 at a Humphreys work site and died at a hospital 10 days later. The man, surnamed Han, claimed to be almost $1.8 million in debt, police said. Media reports said that Han may not have been paid by the contracting company that hired his firm and may have been unable to pay his company’s taxes.

Another man who tried to save Han died May 22, police said.

The third man, an employee of Samsung C&T Corp. surnamed Kim, hanged himself May 7 in an off-post dormitory for Samsung employees, a Pyeongtaek police official said.

Kim had been overseeing the base hospital’s construction but failed to meet building deadlines and was demoted to head of construction for the dental clinic, the officer said. Kim killed himself because he was upset over the demotion, police said.

Suicide in South Korea is the fourth-leading cause of death overall, after cancer, stroke and heart disease, according to the World Health Organization.

The suicide problem also has been linked with the Korean concept of “han,” a kind of stoicism also tied to feelings of anger and impotence that arise when facing a situation that can’t be changed, according to a Wall Street Journal report. Han, deeply embedded in Korean society, has been linked to depression.

“When a situation is bad and they can’t show their cool selves, Koreans tend to get frustrated, give up and take drastic choices,” Hwang Sang-min, a professor of psychology at Yonsei University, told the Journal.

The $10.7 billion expansion of Humphreys is the centerpiece of a plan to consolidate the U.S. military’s presence in South Korea. Some 36,000 troops and civilians will live or work at the Pyeongtaek base, and officials say construction and the bulk of relocations will be finished by the end of 2017.

More than 10,000 workers are involved in the construction effort, according to U.S. Forces Korea.

The relocation, originally planned to take place in 2008, was delayed to 2012 and again to 2016 because of construction and funding issues. Some problems have already cropped up, such as construction deficiencies that forced a monthslong delay in opening the base’s high school in 2013.

South Korea’s Ministry of National Defense-U.S. Forces Korea Relocation Office said it knows nothing about the suicides except what has been reported by the media and has no legal authority to investigate them. The deaths may point to problems between contractors and subcontractors, ministry officials said.

“What can we do? We might be able to talk to them and play a go-between role,” said a spokesman, speaking on customary condition of anonymity. “But we can’t issue a compulsory command or order.”

The ministry has not received complaints about unreasonable construction deadlines, another spokesman said, adding that companies know their deadlines when they sign contracts to take part in the expansion.

The agency has “no idea” if there is a larger problem with contractors failing to pay their subcontractors, he said, and referred questions about the matter to the U.S. Army Corps of Engineers Far East District.

In addition to the delays, South Korean officials raided the Pyeongtaek work site and SK Engineering & Construction Co.’s Seoul headquarters last month over allegations that the company illegally funneled nearly $900,000 to a U.S. military official in 2010.

The company is under contract to provide approximately $600 million in land and infrastructure development at Humphreys, including clearing and filling land and installing water, sewers, roads and electrical lines.