Tech. Sgt. Lynette Cain was among dozens of fans who turned out at Yokota Air Base&#39;s base exchange Tuesday afternoon to get Joan Jett&#39;s autograph. (Jennifer H. Svan / S&S)

Tech. Sgt. Lynette Cain was among dozens of fans who turned out at Yokota Air Base&#39;s base exchange Tuesday afternoon to get Joan Jett&#39;s autograph. (Jennifer H. Svan / S&S) 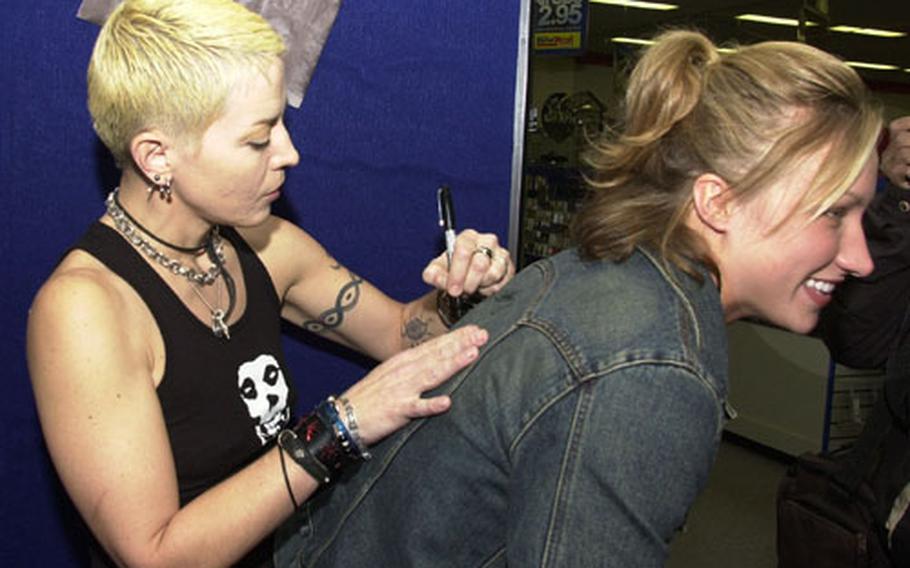 The rock &#8217;n&#8217; roll diva with a platinum blonde crew cut won over some new fans with her energy-charged performance at the Enlisted Club.

With one last appearance for Marines and sailors at Camp Fuji on Wednesday, Jett wrapped up a whirlwind Japan tour that included shows at commercial venues in Tokyo and Osaka and free concerts for troops here, at Yokosuka Naval Base and on Okinawa.

Speaking backstage before the show, Jett said military fans are the best in the world.

Jett and her band played hard and loud for more than an hour, while most of the audience left their chairs and gathered around the stage, dancing and singing along to such favorites as &#8220;Crimson and Clover&#8221; and &#8220;I Hate Myself for Loving You.&#8221;