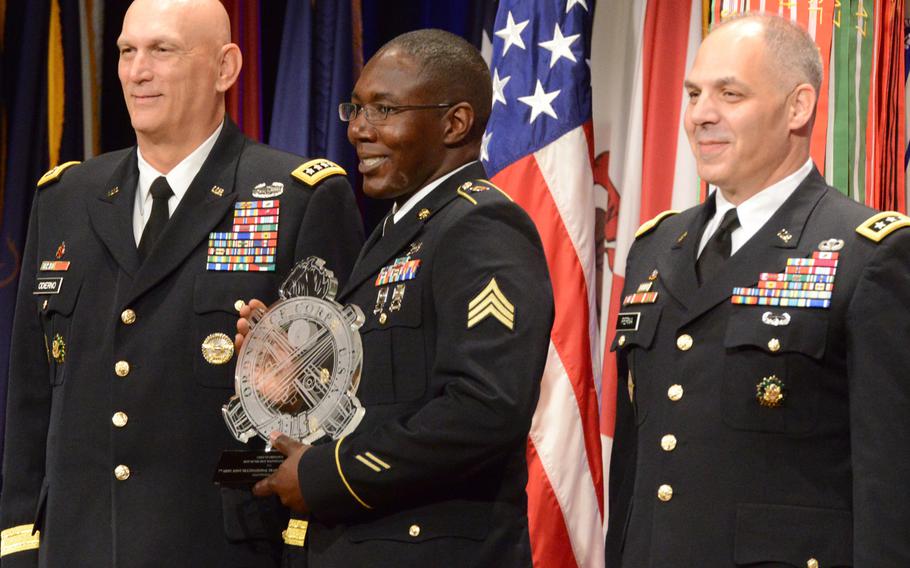 Both awards belong to the entire unit but were given out largely due to the efforts of the 11 soldiers and 10 Germans who work in the company’s Organizational Maintenance Activity, according to the proposed AAME award citation. That core group was responsible for the upkeep and tracking of hundreds of vehicles, thousands of weapons and a litany of assorted pieces of tactical equipment, from night-vision goggles to gas masks. It did so while maintaining a 99 percent equipment readiness rate.

“It’s really a group effort,” said Sgt. 1st Class Dale Gannon, the OMA staff noncommissioned officer-in-charge. “While the maintenance team down here is the point of the spear … it takes everybody’s support from the entire JMTC command to make it successful.”

The JMTC unit has won the locally awarded Army Award for Maintenance Excellence the past six years. Being named the best in the Army is a bit more special, Gannon said.

“It’s a great accomplishment that one of our units took this over the whole Army,” said Mario Ambriz, the award’s program manager at USAREUR G4. “This isn’t something that happened overnight.”