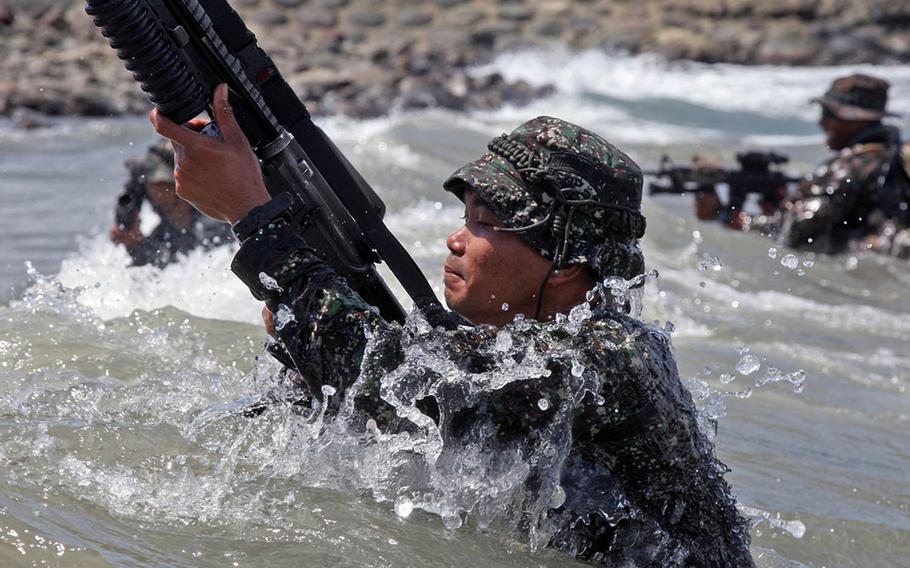 The resurgence of a jihadi terrorist group in the southern Philippines could threaten regional security, a Southeast Asia security expert told lawmakers Wednesday.

While Abu Sayyaf has been contained far to the south, offers no services to locals and follows no “meaningful ideology,” it has nevertheless been making a comeback since 2014, Zachary Abuza, a professor at the National War College in Washington, D.C., told a subcommittee of the U.S. House Foreign Affairs Committee.

The Philippine Armed Forces has been unable to vanquish the al-Qaida-linked group “despite ample U.S. support, intelligence sharing and training since 2001,” he said.

“Between March 2016 and April 2017, there have been 19 separate maritime incidents and hostage takings, including one attempted attack,” he said.

The group captured 70 sailors and fishermen — 36 of whom have not been released — from six countries during the incidents.

It is estimated Abu Sayyaf received $7 million in ransoms last year, which is allowing them to rearm and recruit, Abuza said. That has also paid for bribes for members of the Philippine security forces, he said.

In 2001, Abu Sayyaf carried out a mass kidnapping on the Philippine island of Palawan. An American hostage was beheaded during the yearlong crisis, which ended with a U.S. missionary killed in the military assault to rescue the captives.

Bombings and abductions for ransom were commonplace on the southern island of Mindanao.

The U.S. opened a so-called “second front” on terrorism in 2002 by rotating hundreds of troops through to assist with training and surveillance through the Joint Special Operations Task Force-Philippines. The task force was deactivated in 2015 after 13 years as the threat of Abu Sayyaf diminished, although a small number of U.S. special operators remain there.

Philippine President Rodrigo Duterte, elected last summer on a wave of nationalism, has said he wants all American troops out of Mindanao. Abuza said that would “only make matters worse.”

There are now six separate “black flag” groups in the southern Philippines that have pledged loyalty to the Islamic State, the jihadi group that has controlled portions of Iraq and Syria for several years.

“Most are small, and individually none really gives me cause for concern,” Abuza said. But of particular alarm is a possible nexus between the Moro Islamic Liberation Front and Ansuar al-Khalifa Philippines.

After 40 years of insurgency, the Moro Islamic Liberation Front and the central government agreed to a peace plan in 2012. But the agreement has languished for several years and some hardline members are growing restless, Abuza said.

Some of those hardliners have offered tacit support of Ansar al-Khalifa Philippines, which made an ISIS-style beheading video in 2016 and temporarily seized a Mindanao town in December, he said.

”ISIS has sought to get these different groups under a single banner and command structure,” he said.

Adm. Harry Harris, head of U.S. Pacific Command, has called the Islamic State’s attempt to gain a foothold in Asia a “cancerous spread.”