JCS chairman thanks troops for their efforts 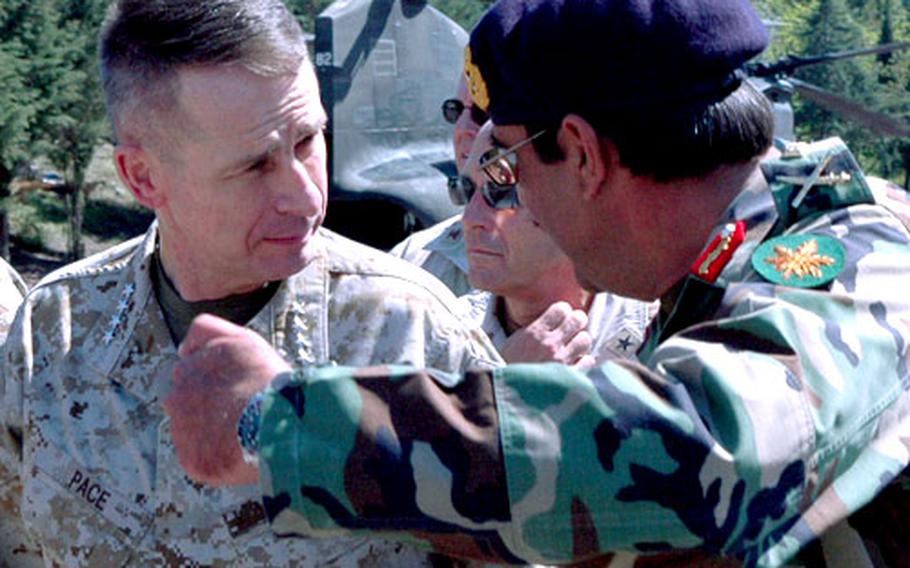 MUZAFFARABAD, Pakistan &#8212; During his first-ever visit to Pakistan, Joint Chiefs of Staff chairman Gen. Peter Pace offered encouragement and hope to American troops in both Iraq and Afghanistan.

To servicemembers stationed in Iraq, he directed his appreciation and offered encouragement.

While he acknowledged that &#8220;there are things that are not going as well as we would like&#8221; in Iraq, he pointed to the growth of the Iraqi Army and increased Iraqi participation in security operations. He added that he expects to see a reduction in American presence as a result.

&#8220;Every day that goes by where Afghanistan is at relative peace is another day that strengthens the Afghan government and the Afghan people,&#8221; he said.

He commended the troops helping with earthquake relief in Pakistan for helping the war against terror in their own way.