JCOC program is an eye opener 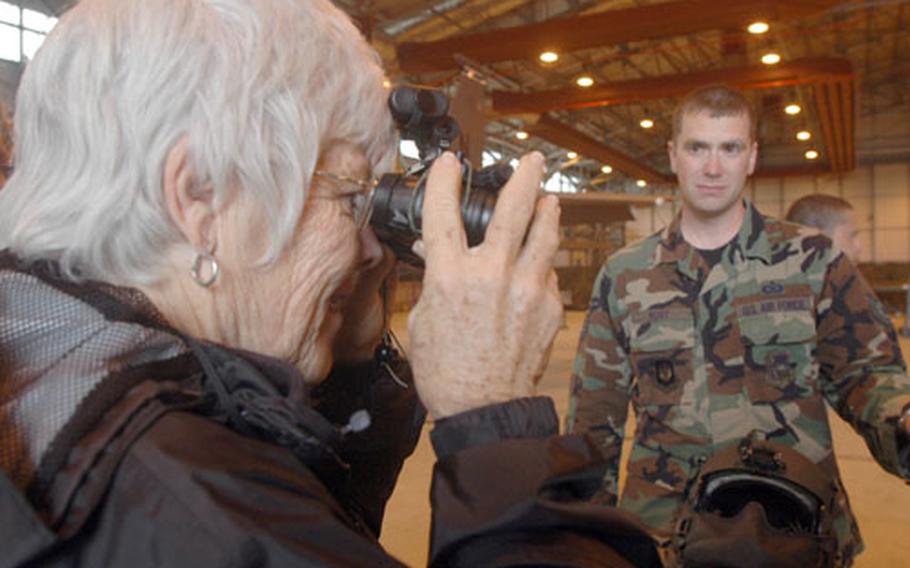 W. Allen Morris, a commercial real estate broker from Coral Gables, Fla., checks out a rifle on display at RAF Lakenheath, England, on Tuesday as part of the Joint Civilian OrientationConference, a weeklong tour of military facilities for civilians sponsored by the Department of Defense. (Photo by Charlie Reed/S&S)

RAF LAKENHEATH, England &#8212; Many had toured Europe before, but never quite like this.

All the sites on this trip abroad were new to the civic and business leaders who got an inside look at U.S. military bases in Europe this week as part of the Joint Civilian Orientation Conference.

The Department of Defense-sponsored program aims to promote the U.S. military by giving civilians a peek at how the services operate.

The tour started with briefings at the Pentagon last week and took participants on a whirlwind tour aboard a C-17 to Navy, Coast Guard, Army and Air Force sites in Greece, Spain, England and Germany, where the conference was expected to wrap up Friday.

The group of 48 &#8212; including a dean from MIT, several judges and chief executive officers from around the country &#8212; got special access to planes, vehicles, equipment, weapons and the troops at the core of the military&#8217;s mission.

"I&#8217;m blown away by the dedication of the men and women in the armed forces," said Michael Gebhart, vice president and general manager of the Albany Herald in Albany, Ga.

"I never had a bad perception, but I&#8217;ve never been up close before," Gebhart said Tuesday after getting out of the cockpit of an F-15 fighter jet on display for the group at RAF Lakenheath.

Military leaders emphasized the global reach and training opportunities with NATO allies and other countries that European bases provide.

Participants are nominated by major offices, military commands and departments, the U.S. Coast Guard and JCOC alumni. They pay their own travel expenses and are chosen, in part, for their neutral positions on the military, said Anne McDonald, director of the JCOC.

"This isn&#8217;t some boondoggle," McDonald said Tuesday while the tour passed through RAF Lakenheath in England. "We try to reach out to those who have no opinion on the military. The main point is to share with them the military missions that occur every day in locations around the world."

The DOD does not formally track participants after the conferences, but McDonald said it&#8217;s common for alumni to share their experiences in newspaper articles, through television appearances and by speaking with community groups.