JASDF chief of staff is awarded USAF Legion of Merit 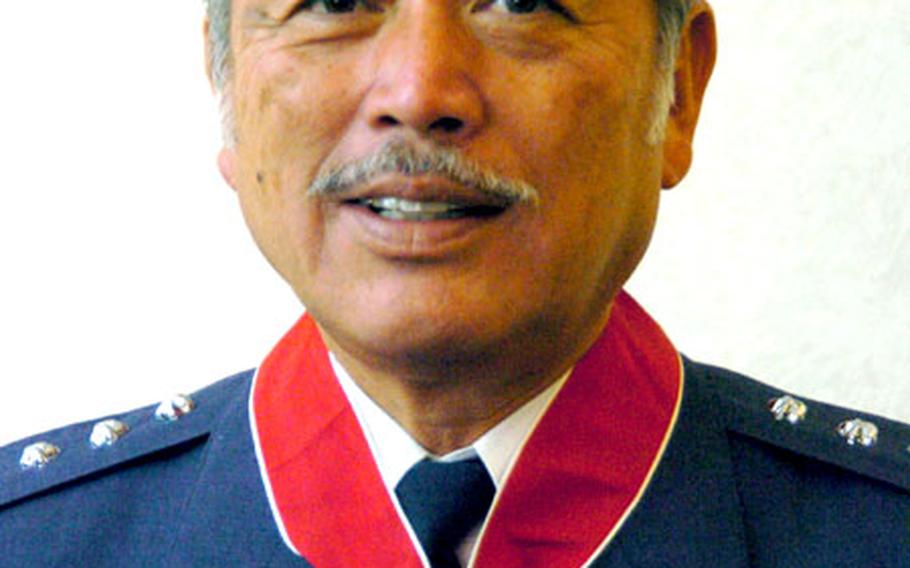 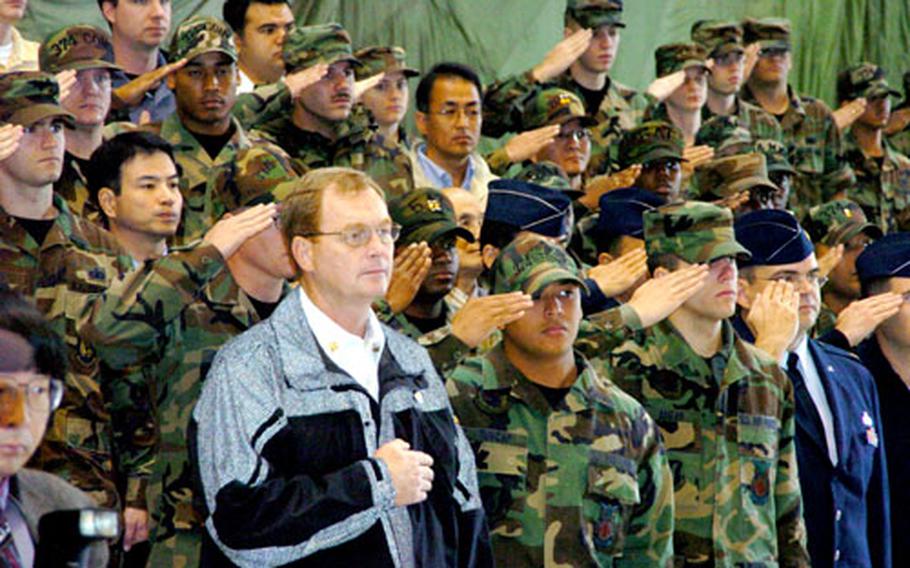 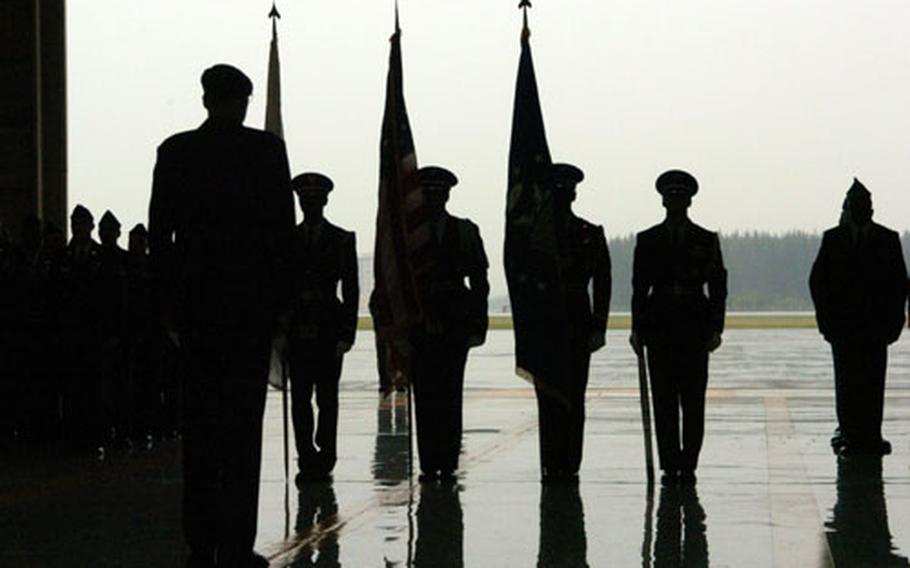 An Air Force color guard detail is silhouetted against the rainy skies outside Hangar 15 during Tuesday&#39;s ceremony at Yokota. (T.D. Flack / S&S) YOKOTA AIR BASE, Japan &#8212; The chief of staff of the Japan Air Self-Defense Force received a top U.S. Air Force award Tuesday recognizing his leadership in humanitarian efforts in the Middle East and the Japanese military&#8217;s commitment to the war in Iraq.

&#8220;It is my great honor to receive this from the president of the United States,&#8221; Tsumagari said through a translator in front of airmen and civilians with the 5th Air Force and the 374th Airlift Wing. &#8220;I am receiving this on behalf of all of the JASDF staff members.&#8221;

The award recognized Tsumagari&#8217;s role in leading JASDF to become a &#8220;global player in worldwide operations&#8221; and called him the &#8220;the driving force&#8221; in deploying Japanese C-130s to Kuwait to help with rebuilding Iraq.

During the short ceremony, Hester commended Tsumagari for his leadership in giving humanitarian aid to people in Pakistan before the war in Afghanistan. Hester also praised the general&#8217;s work to modernize the JASDF and his willingness to participate in combined training in Alaska and Guam.

&#8220;We have received great assistance from the United States Air Force,&#8221; Tsumagari said after the ceremony, noting that he hopes to continue work with the United States in intelligence gathering and other initiatives.

After the ceremony, Hester said he was glad the award was presented at Yokota so that other Japanese military leaders could attend. He also said he hoped the location would draw attention from Japanese people and strengthen relations between the two countries.

Gen. John P. Jumper, the U.S. Air Force&#8217;s chief of staff, chose to give the award to Tsumagari, Hester said after the ceremony. Hester said the award is given to foreign military leaders infrequently. &#8220;That obviously dictates to us all how special it is,&#8221; Hester said.

The Legion of Merit award was created by the U.S. Congress in 1942 and is awarded to U.S. Armed Forces members and to high-ranking members of foreign military forces who perform difficult duties of international importance for the Air Force or the Department of Defense.

Tsumagari has been JASDF chief of staff since March 2003.