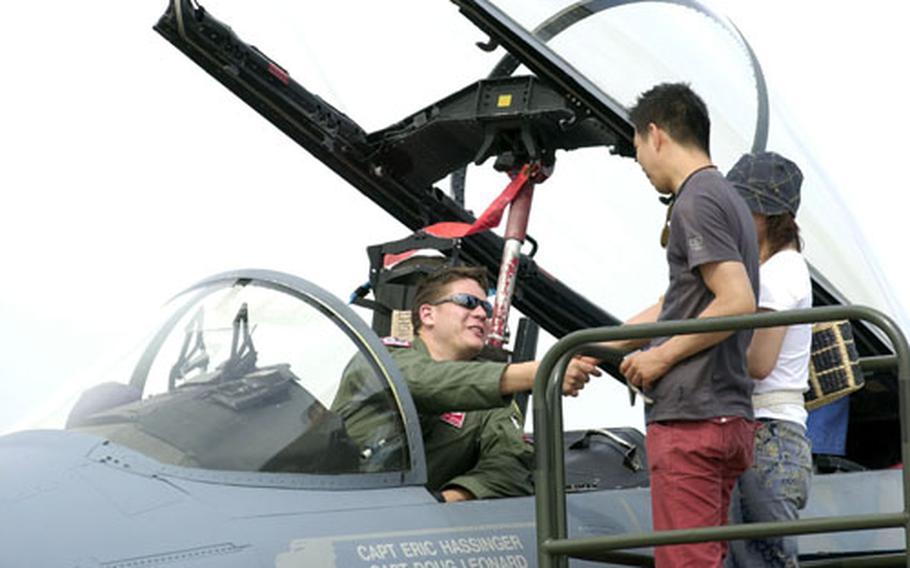 A pilot shakes hands with visitors during the Friendship Day Festival while sitting in the cockpit of an A-10 Thunderbolt at Yokota Air Base. (Jim Schulz / S&S)

A pilot shakes hands with visitors during the Friendship Day Festival while sitting in the cockpit of an A-10 Thunderbolt at Yokota Air Base. (Jim Schulz / S&S) 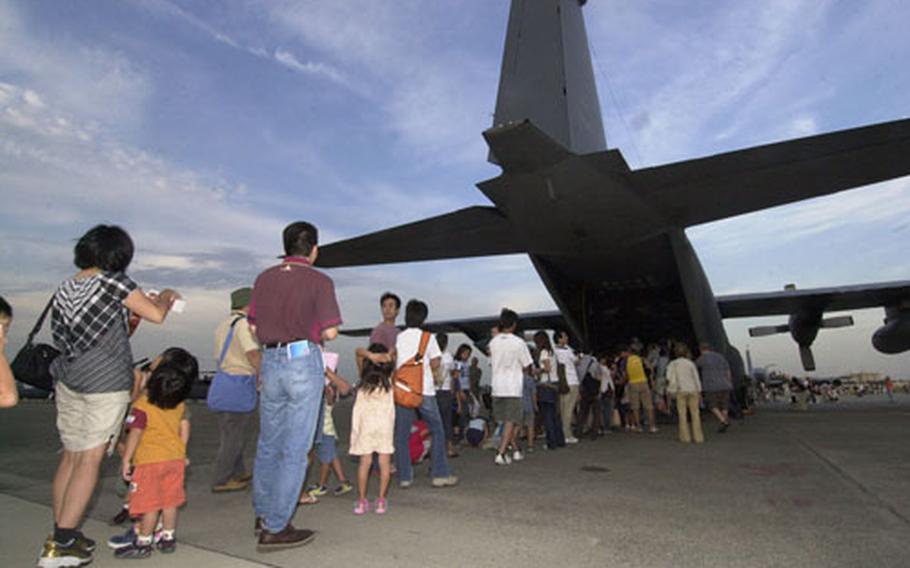 Visitors wait in a line to board a C-130 Hercules on display at the Friendship Day Festival at Yokota Air Base. (Jim Schulz / S&S) 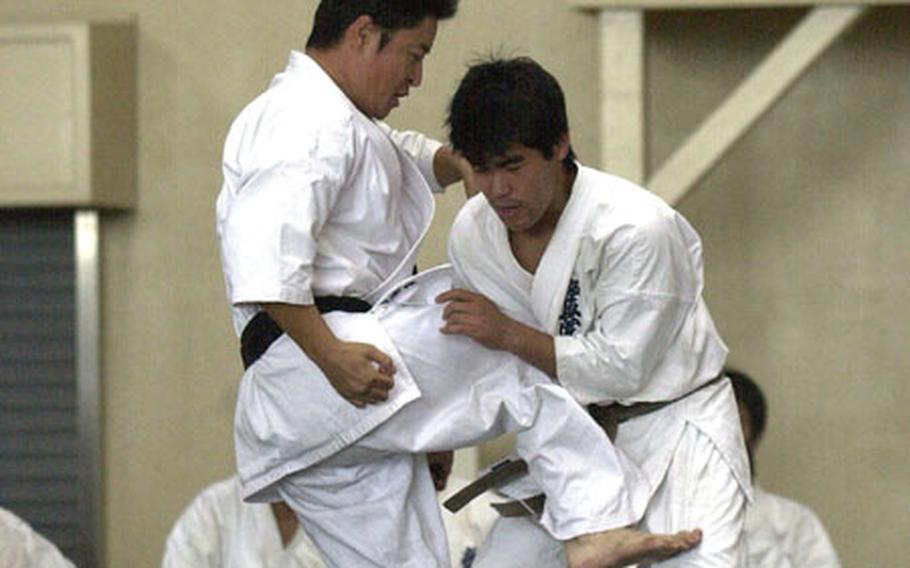 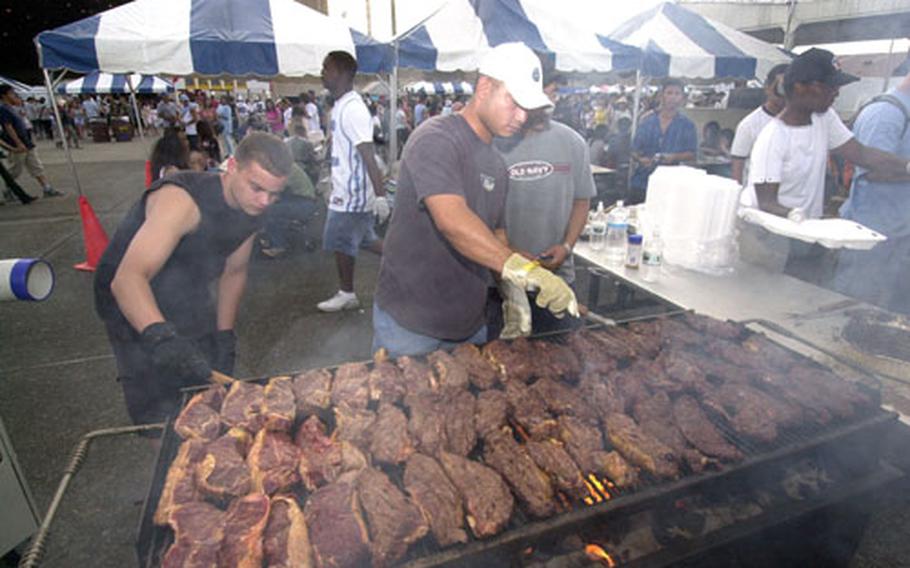 Staff Sgt. Michael Cooper and Staff Sgt. Fernando Mendiola of the 374th Logistics Readiness Squadron cook up some steaks for hungry visitors at the Friendship Day Festival on Yokota Air Base. They estimated that they would grill over 2000 steaks for the two day event. (Jim Schulz / S&S)

YOKOTA AIR BASE, Japan &#8212; Tens of thousands of visitors poured through Yokota&#8217;s Supply Gate and onto the base flightline Saturday for the opening day of the 54th annual Japanese-American Friendship Festival.

There were no serious heat-related incidents Saturday, he added, and only a handful of people had to be treated for minor cuts and bruises. Adequate medical facilities were set up, complete with translators, and an ambulance from a nearby Japanese hospital was also in place to handle any emergencies.

A highlight Saturday showed up in the skies overhead, when a Japanese Air Self-Defense Force parachute team jumped out of a C-130 &#8212; along with other skydivers from the Army and Navy.

Along the flightline, Japanese visitors flocked to the booth put together by the 374th Logistics Readiness Squadron, standing in line for up to 90 minutes Saturday to get a steak dinner that included corn, chips and a drink &#8212; all for $10.

Standing over the sizzling rows of meat, Tech. Sgt. Eric Birnbaumer said the squadron will serve about 2,000 steaks during the festival.

On Sunday afternoon, a highly popular Japanese rock band called The Cools was scheduled to film a music video at the festival.

&#8220;All the bands have been really big. We had to turn some away because we were overwhelmed by the initial requests to play here.&#8221;

The festival&#8217;s fireworks finale was slated for Sunday night over the Yokota runway near Hangar 15.