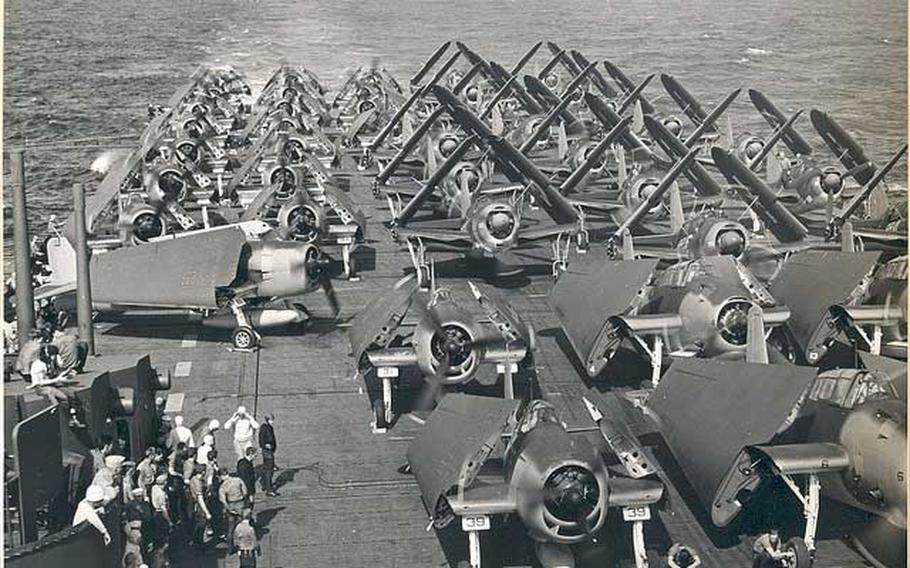 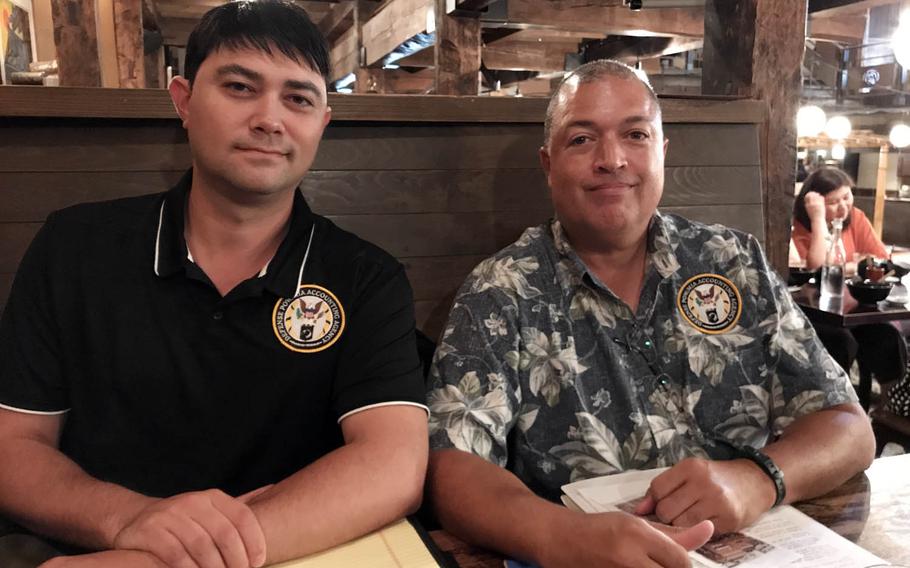 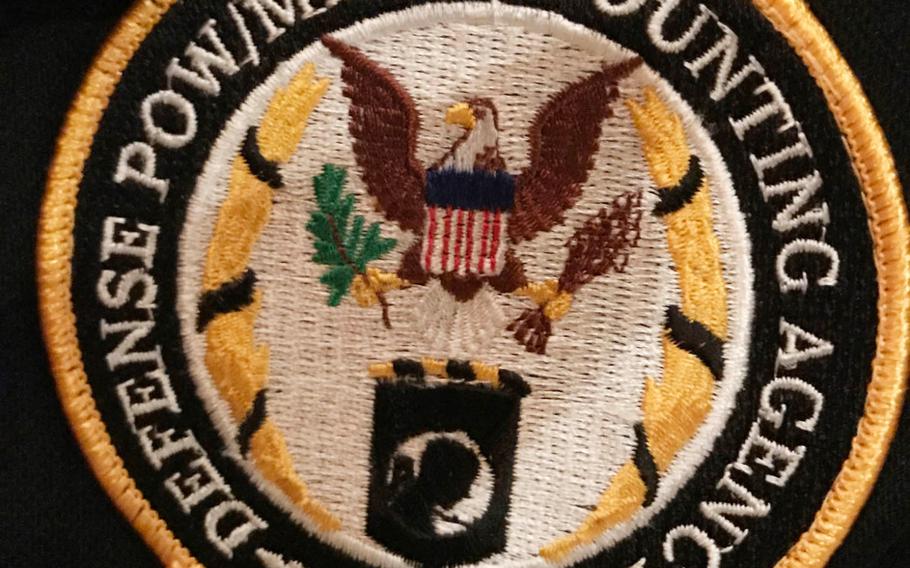 A team from the Defense POW/MIA Accounting Agency has been in Japan looking for inforrmation about servicemembers who were killed or went missing in action in 1945. (Seth Robson/Stars and Stripes)

YOKOTA AIR BASE, Japan — The Defense Department has confirmed the existence of a grave that Japanese townsfolk say contains the remains of a downed World War II Navy pilot.

Researchers from the Hawaii-based Defense POW/MIA Accounting Agency visited the burial site at a temple in Saiki City on Japan’s southern island of Kyushu earlier this month.

“There is a grave there but since we’re an investigation team we don’t exhume graves,” said agency research analyst Terry Hunter, who was collecting evidence in Tokyo last Friday about a separate World War II plane crash.

U.S. officials will work with the Japanese Ministry of Health, Labor and Welfare to potentially have the grave opened to see if it contains human remains, he said.

The agency does not release the names of missing personnel it’s searching for; however, the lost aviator was the pilot of an F4U Corsair fighter-bomber launched from the aircraft carrier USS Intrepid in 1945, said Hunter, who is a former Air Force intelligence officer.

Parts of his plane, including its engine, a propeller and a wing, were dragged up by a fisherman in 2006, and the wreckage was returned to the Navy last year. It was at that time that locals told U.S. officials that a body, thought to be the pilot, had washed up on a beach after the plane went down and that the man had been buried at the temple, Hunter said.

The investigators also traveled to Niigata Prefecture to look for the missing pilot of an Army Air Corps P-38 Lightning reconnaissance plane that went down in the mountains during bad weather on a trip from Tokyo to Hokkaido just after the war ended in 1945, he said.

Team members made their way to the mountain village of Takane and spent two days hiking the backcountry with local guides. The group found parts of the aircraft but couldn’t pinpoint the wreck or the crash site, Hunter said.

“The terrain is so mountainous and there are so many peaks and ravines that the parts are scattered around a wide area,” he said.

Over the years, pieces of the plane have been flowing down the mountain in streams, Hunter said.

“We know there is an aircraft up there but given the rough terrain and the expanse of the debris field we can’t pinpoint the crash location,” he said.

Capt. Joshua Caragan, an executive officer at Pacific Air Forces and a Japanese linguist, hiked the mountain trails as a translator during the mission.

“The experience is great,” he said. “It teaches me a lot about bilateral relations and it’s good to get out in the field.”

In Tokyo, the team sought information about an Army Air Corps B-29 Superfortress bomber that crashed during a March 10, 1945, raid on the city.

The plane crashed in an area known as Sunamachi, killing all 11 crew members. Their remains were recovered in 1947 and buried as unknowns in Manila, Hunter said.

Isao Arai, a Japanese national who has been investigating U.S. military aircraft crashes for three decades, said he would take the investigators to see an aircraft propeller stored at another temple near the crash site.

The investigators are looking for photographs of the crash site and planned to visit the Center of the Tokyo Raids and War Damage – a museum that holds hundreds of photographs from the raids.

“This is for the families [of the fallen soldiers] to try to find them something that has to do with their loved ones,” Hunter said.

When the team returns to Hawaii they’ll produce a report and information will be passed to relatives of the fallen and missing personnel through casualty officers, he said.