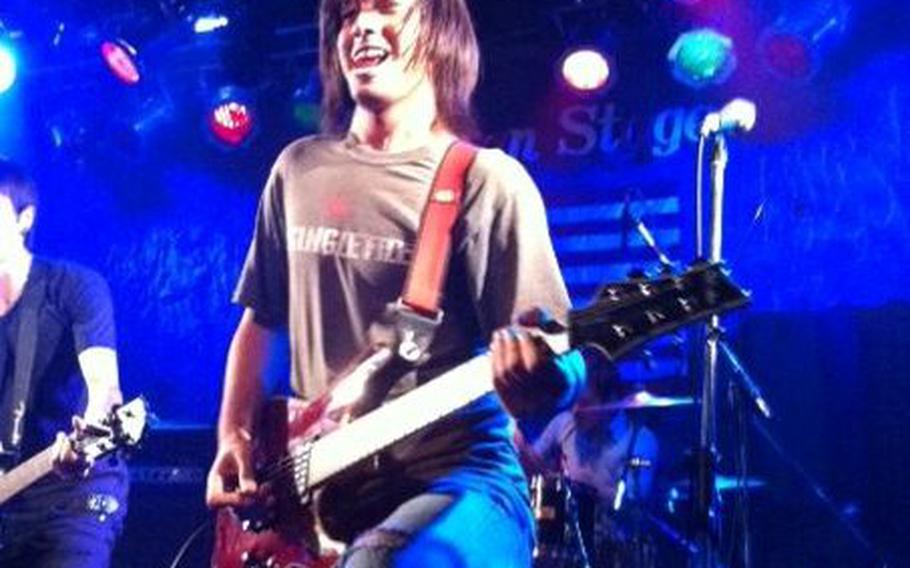 CAMP FOSTER, Okinawa &mdash; A Japanese teenager was sentenced to eight years in prison by a local district court Friday for killing a Kadena High School student with a replica sword last year.

Naoichiro William Anzai, 18, was tried as an adult and found guilty of murder following a weeklong trial over the November stabbing of 17-year-old Eddie Allshouse in a Yomitan apartment. In Japan, those under 20 years old are considered minors.

The murder of Allshouse, a popular student and rock musician, was a shock to the local Japanese-American and military communities and his memorial service drew hundreds of mourners, including the commander of the Torii Station Army base.

On Friday, the courtroom was filled with Kadena students and parents who attended the trial to support the Allshouse family.

&ldquo;We are not happy,&rdquo; said Ed Allshouse, the victim&rsquo;s father and a U.S. civilian contractor, following the sentencing in Naha District Court. &ldquo;No sentence is enough for us, but this is too short.&rdquo;

Anzai is eligible for early release after five years. He had faced a maximum of 10 years in prison, according to sentencing limits set by the court.

A Japanese judge said there was &ldquo;some room for sympathy,&rdquo; citing Anzai&rsquo;s history of coming from a broken home and living alone. Anzai was 17 at the time of the murder.

Anzai pleaded guilty to stabbing Allshouse, but testified that he had not intended to kill him.

The two were acquaintances, and Allshouse was staying at Anzai&rsquo;s apartment when they had a pre-dawn confrontation over the alleged sexual assault of a third person, according to evidence presented at the trial.

Anzai testified that he became enraged during the incident and swung the sword at Allshouse, but claimed he did not remember stabbing him.

However, Japanese prosecutors argued, and the panel of judges agreed, that Anzai ruthlessly and brutally attacked Allshouse while he was sleeping in the apartment.

&ldquo;From the depth of the wound and from the areas of the body that he had aimed at, there is no doubt that he attacked the victim with a murderous intent,&rdquo; a prosecutor said during the trial.

Anzai called an ambulance after the stabbing, but Allshouse died hours later at a hospital.