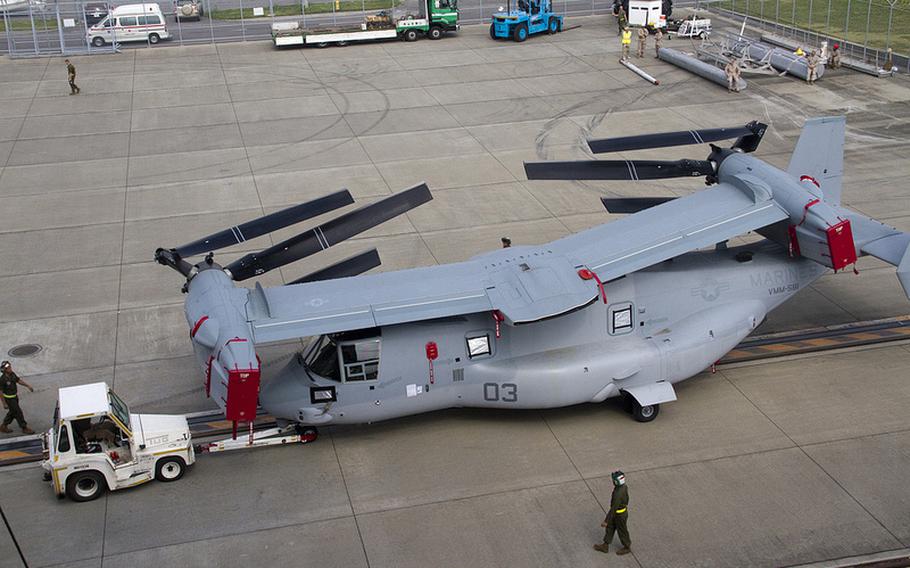 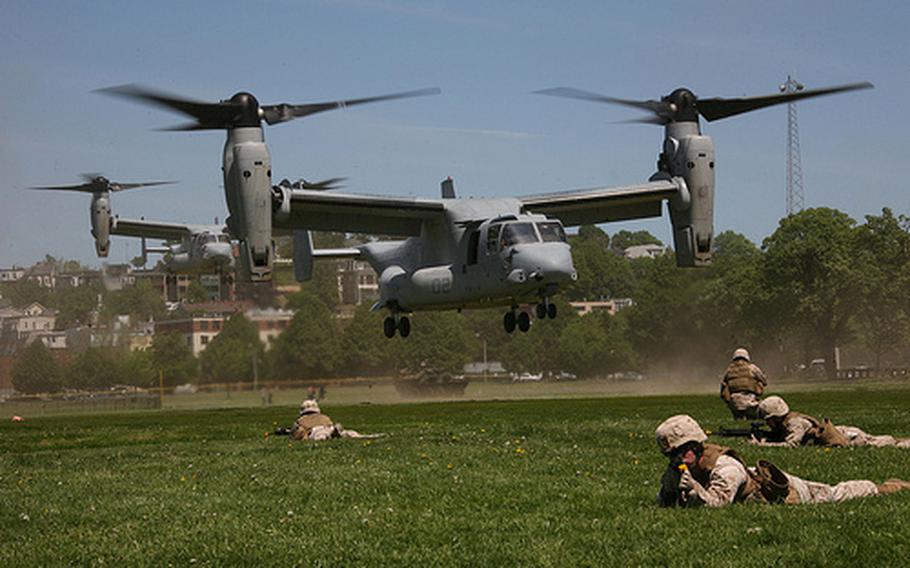 CAMP FOSTER, Okinawa &mdash; A team of Japanese investigators arrived at a North Carolina Marine Corps base Tuesday to begin a probe into the safety of the Osprey aircraft amid public outcry over planned deployment of the helicopter-plane hybrid here, according to Japan&rsquo;s Ministry of Defense.

A senior defense official, Japanese military pilots and government crash analysts will conduct a three-day investigation that includes an Osprey demonstration at the New River air station in Jacksonville, N.C., and a visit to the Pentagon for a detailed explanation of an April crash in Africa that killed two Marines.

The Marine Corps already has shipped two squadrons of Ospreys to Japan and plans to begin flight operations throughout the country this fall as part of a global upgrade of its fleet. The recent fatal crash has stoked public fears in Japan over the safety of the MV-22 and ratcheted up protests on Okinawa, where the aircraft will be based.

The U.S. has said no flights will occur until Japan is satisfied the Osprey is safe.

As part of the New River demonstration, the Japanese team will be shown how the aircraft deals with emergency situations such as a sudden loss of power. Media reports in Japan have questioned whether the MV-22, which takes off like a helicopter and flies like an airplane, can glide back to earth safely in such situations.

The Pentagon briefing will include a full explanation of the Africa crash that occurred during a training exercise, a ministry spokesman said. The United States has told the Japanese that an initial investigation found the incident was not due to mechanical failure, but the government of Prime Minister Yoshihiko Noda has requested a full account before agreeing to the Osprey deployment.

The team of investigators will return to Japan later this week and will likely need another week to complete an analysis of the Osprey&rsquo;s safety, Hideo Jinpu, parliamentary secretary for the ministry of defense and leader of the investigative team, said Monday.

The Marine Corps has insisted the aircraft is one of the safest in its fleet and provided crash data that show it has a below-average incidence of catastrophic accidents.

On Saturday, Marine Commandant Gen. James Amos gave a public address in Okinawa and called the Osprey state-of-the-art, saying only one or two aircraft have a superior safety record.

Many in Japan remain unconvinced and the deployment has struck a nerve, particularly on this southern island, where residents have long resented the large U.S. presence.

The Okinawa prefectural assembly, local governments and various citizen groups are gearing up for a protest against the Osprey deployment in early September that they hope will attract up to 50,000 people. The opponents claim the aircraft has structural problems that make it too dangerous to base at the Futenma air station, where existing helicopter squadrons have caused anxiety for years.