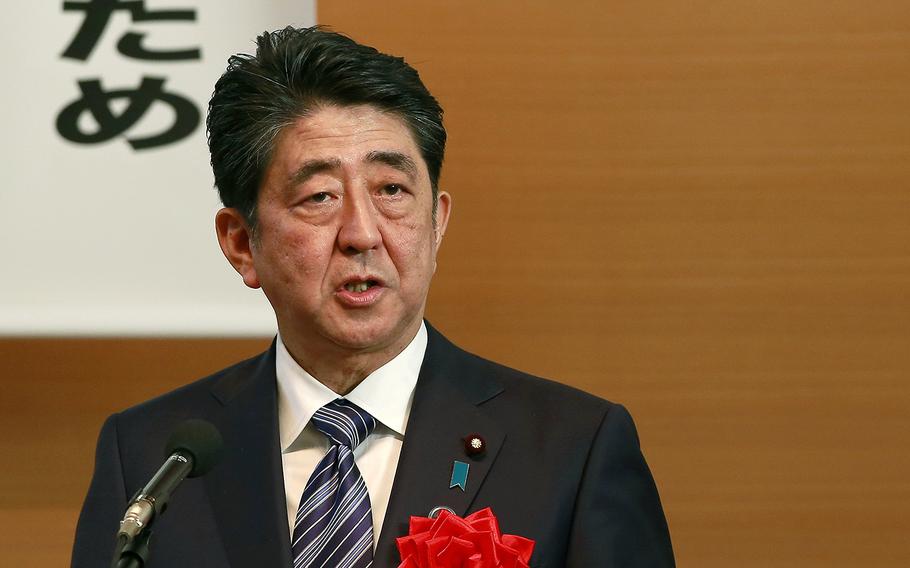 CAMP FOSTER, Okinawa — The Japanese public remains firmly behind the U.S.-Japan security alliance but divided over whether to make constitutional revisions regarding its security forces, according to several media polls released this week.

The polls from Japan’s major newspapers and broadcasters coincided with Japan’s Constitution Memorial Day holiday and celebrations of the document’s 70th anniversary.

Japan Prime Minister Shinzo Abe said this week that he wants to revise the constitution by 2020 and that he hoped to add language reaffirming the legitimacy of the Japan Self-Defense Forces.

“Of course, the spirit of the pacifist constitution must be firmly maintained,” Abe told reporters Wednesday. “Debates whether the Self-Defense Force is constitutional or unconstitutional must be put to an end in our generation. I believe that it is worthy of a national debate.”

Japan’s constitution was drafted under U.S. direction at the conclusion of World War II. It allows Japan’s military to fight only in self-defense. Right-wing politicians have discussed changing the constitution for years, but no concrete steps have ever been taken.

In 2015, Japan’s Diet reinterpreted but did not try to amend the constitution to allow its forces to come to the aid of close allies, despite public opposition to the measure.

The right-wing leaning Yomiuri Shimbun reported a 49-49 split over whether any aspect of the constitution should be revised, according to polling conducted in March and April. A poll from the left-wing leaning Asahi Shimbun announced Wednesday had 50 percent against revising the document, with 41 percent for it.

A joint poll by Nikkei/TV Tokyo reflected a roughly even split, though with an upward trend supporting revisions. NHK reported a similar upward trend, but with a plurality supporting changes.

Among those who supported constitutional changes, many cited clarifying the Self-Defense Forces’ role as their primary reason. Others cited a desire for revisions to the role of the emperor and the royal family.

Respondents in both the Yomiuri and Asahi polls overwhelmingly opposed revising Article 9, which bars Japan from conducting offensive wars as a means of resolving international disputes.

NHK’s respondents saw North Korea as the biggest threat, with 93 percent saying they felt threatened by their provocations and nuclear development. China was a close second, with 88 percent feeling threatened by their military expansion and sea activities. International terrorism concerned 85 percent of respondents.

Just over half of respondents said they felt threatened by territorial disputes with South Korea and Russia.