Japanese prefecture devastated by 2011 earthquake thanks Yokota for relief efforts 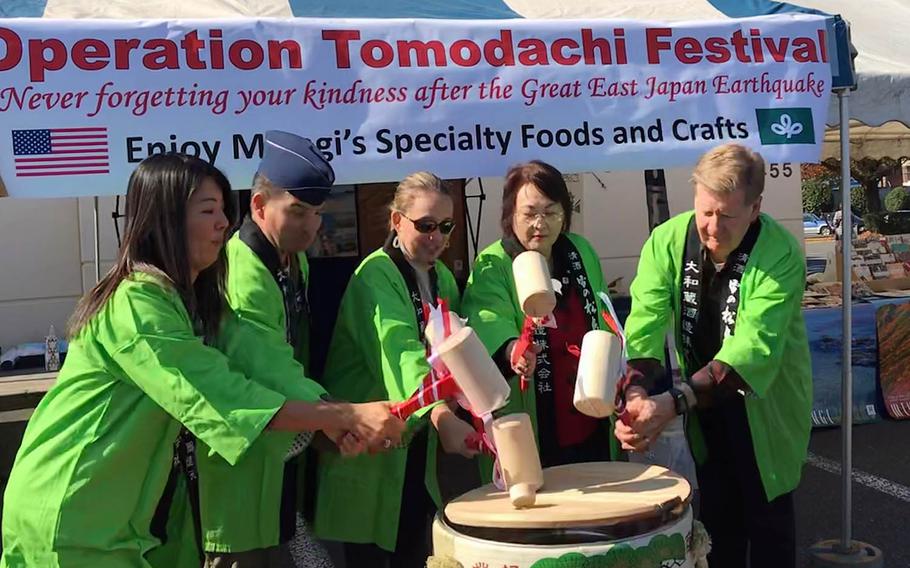 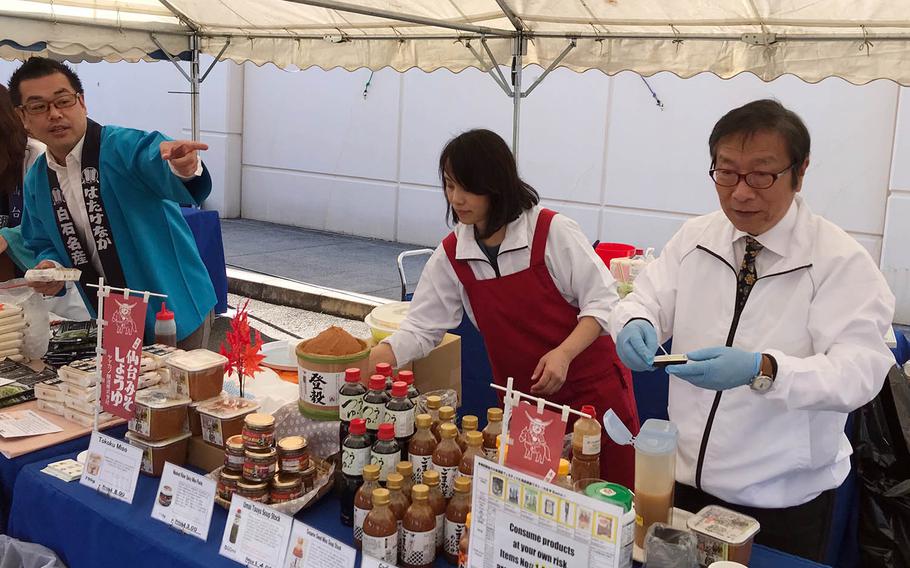 Buy Photo
Businesses from northeast Japan brought local crafts, food and drinks to Yokota Air Base, Japan, Saturday, Nov. 3, 2018, to thank servicemembers for their relief efforts following the earthquake and tsunami that struck their region in March 2011. (Seth Robson/Stars and Stripes)

YOKOTA AIR BASE, Japan — Japanese residents from Miyagi prefecture recently brought food, drinks and crafts to the home of U.S. Forces Japan to thank Americans for their help in the aftermath of the 2011 earthquake and tsunami.

Saturday’s Operation Tomodachi Festival was a chance for Yokota-based military personnel and their families to sample products from a region where the U.S. focused a massive relief effort after the disaster. Tomodachi means “friend” in Japanese.

374th Airlift Wing vice commander Col. Sergio Vega told a delegation of officials from Miyagi that most current Yokota servicemembers weren’t in Japan back in 2011 but that they appreciated the visit.

Shinobu Matsui, who manages the Yokota exchange told festivalgoers of her fear when the earthquake struck Tokyo, shaking her workplace on Camp Zama “like nothing I had ever experienced.”

That night, she watched video of a massive 133-foot-tall tsunami generated by the quake smashing into buildings and cars along Japan’s northeast coast. It damaged the Fukushima nuclear power plant, which released radiation contaminating large areas of the country and forcing mass evacuations.

“It looked to me like it was the end of the world,” Matsui said.

USFJ initiated Operation Tomodachi, sending 24,000 servicemembers to help get essential services back online, move personnel and supplies and clear debris. Yokota was a hub of operations for efforts to get the damaged Sendai Airport back up and running.

“When I heard that U.S. forces were being sent … I was so proud to be part of it all and so thankful for what America did for Japan,” Matsui said.

Takeno Suzuki, a Japanese-American working in Miyagi who came to Yokota for the festival, recalled going to Sendai Airport to search for missing people after the tsunami and seeing U.S. forces at work.

“It made me happy and proud and overwhelmed to see the troops there so quickly and also to see them working with the Japan Self-Defense Forces,” she said.

Air Force Master Sgt. Josh Donahue, 33, checked out some of the festival products — which included local snacks, seaweed, sake and soy sauce — with his wife, Roberta, 33, and daughter Addelyne, 8. The family arrived in Japan two months ago and haven’t explored far from the base but seemed interested in what was on offer.

Donahue said he’d seen news reports about the 2011 earthquake but hadn’t heard of Miyagi and didn’t know the region had been impacted.

“We wish to express our everlasting appreciation,” she said. “You truly are tomodachi, or friends. We will never forget Operation Tomodachi.”