Japanese police cadets get geared up during visit to Misawa 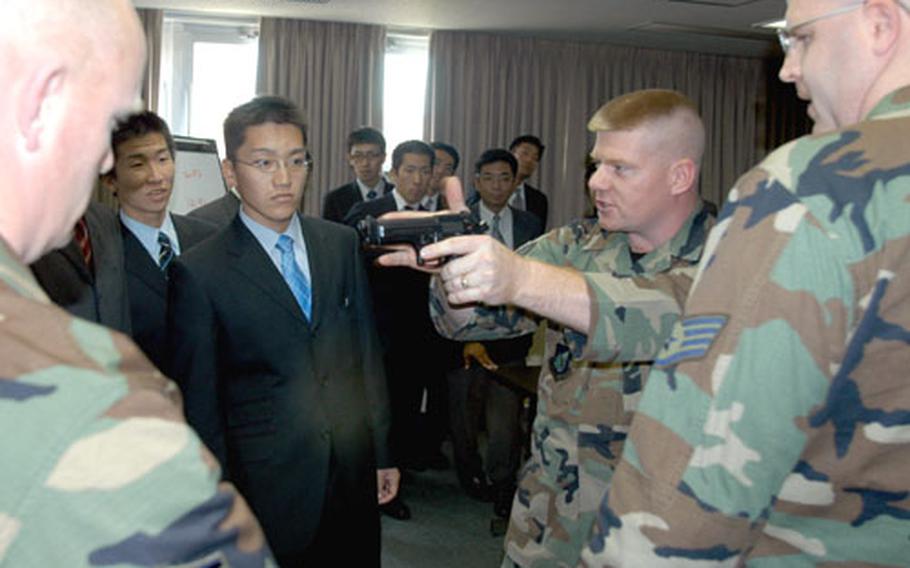 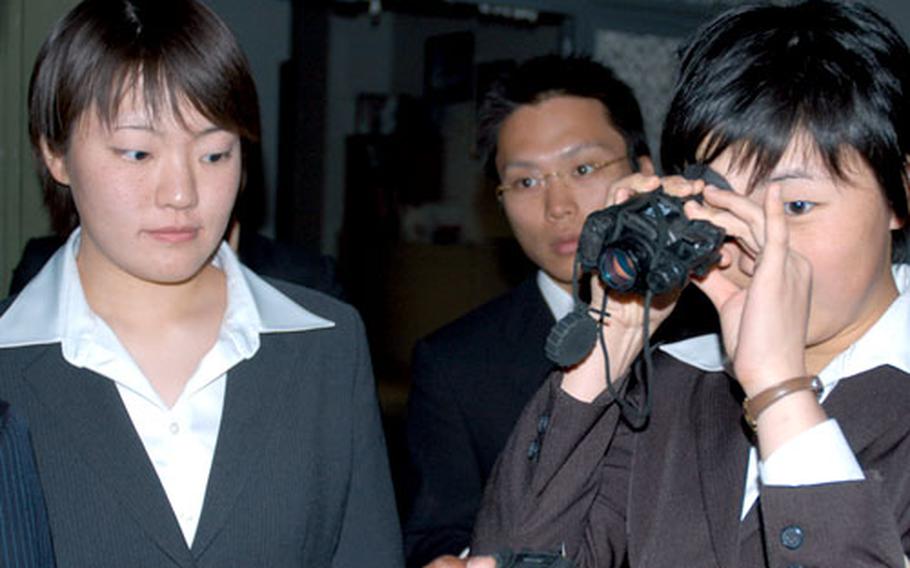 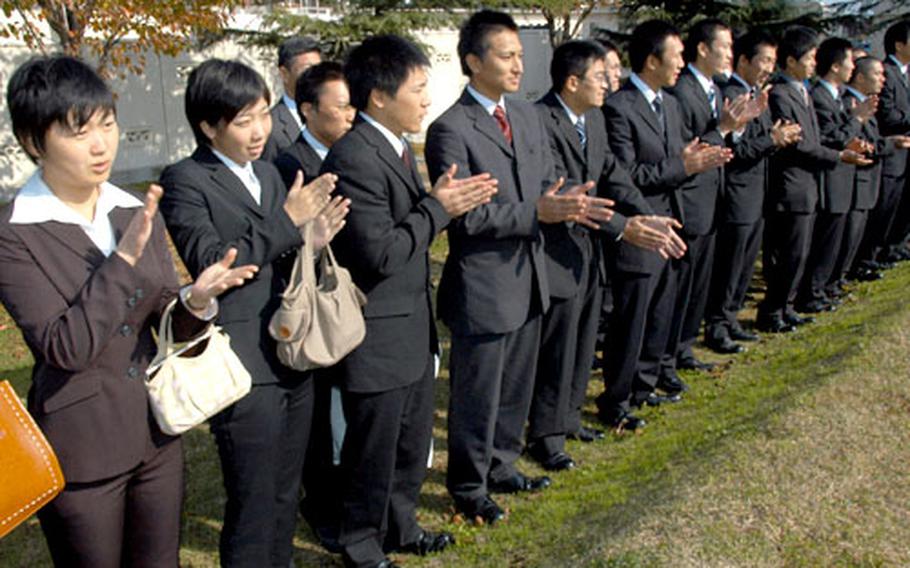 MISAWA AIR BASE, Japan &#8212; They filed into the classroom, all 27 in white shirts and dark gray suits. They were high school and college graduates hoping to fill the ranks of the Japanese National Police force one day.

The men and women, cadets at Aomori Prefecture&#8217;s police academy north of Misawa, took a break from the daily grind of their 10-month training regimen to visit the 35th Security Forces Squadron at Misawa Air Base on Monday morning.

During the 90-minute tour, the cadets tried on 40-pound flak vests, peered into night-vision goggles, tested a laser-beam speed gun, hefted unloaded machine guns and watched a military working dog chase down a security forces member in a training demonstration.

Some of the cadets could end up working with Misawa&#8217;s security forces team if they&#8217;re assigned to Misawa city&#8217;s police station. Though the base visit wasn&#8217;t part of their formal training, it was educational, they said, to learn about some of the basic equipment and procedures Air Force security personnel use.

Mostly the group observed but the military working dog demonstration drew one of the few questions.

&#8220;The dog only bite arm?&#8221; a cadet asked through a translator, after watching the animal bite repeatedly a padded-arm protector worn by a trainer.

Security forces officials said that the dogs can and do bite anywhere.

After they graduate from the academy, the cadets will be assigned to police departments throughout Aomori Prefecture. Manami Sasaki, 19, one of three women in the current class, said she wants to be a police officer to &#8220;protect and guard children.&#8221;

The training is rigorous.