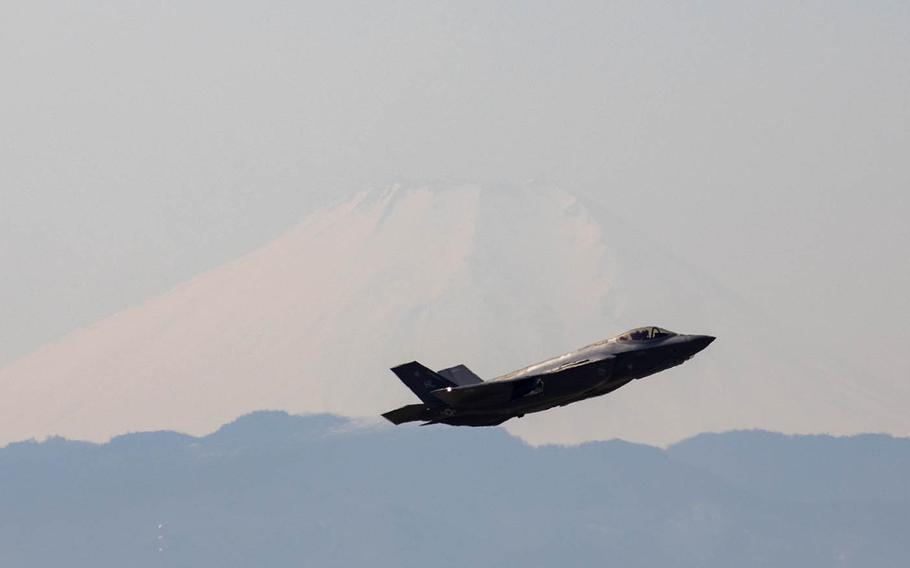 With Mount Fuji in the background, an Air Force F-35A Lightning II assigned to the 34th Fighter Squadron takes off at Yokota Air Base, Japan, Feb. 9, 2018. (Yasuo Osakabe/U.S. Air Force)

The president thinks the accord is unfair because it promises U.S. aid if Japan is attacked but doesn’t oblige Japan to come to America’s defense, the Bloomberg report said.

However, Japan’s chief cabinet secretary, Yoshihide Suga, told reporters at a news conference in Tokyo Tuesday that “there is no such talk as mentioned in the report.”

Suga added: “We have confirmation from the White House that it is inconsistent with the U.S. government’s stance.”

The U.S.-Japan alliance is the basis of Japan’s security and diplomatic policy, and the two countries have been cooperating closely for international peace and stability, he said.

“The White House has told us that they are absolutely not considering withdrawing or revising the Japan-U.S. Security Treaty and that the report is inconsistent with the U.S. government’s stance,” he said during a separate news conference Tuesday.