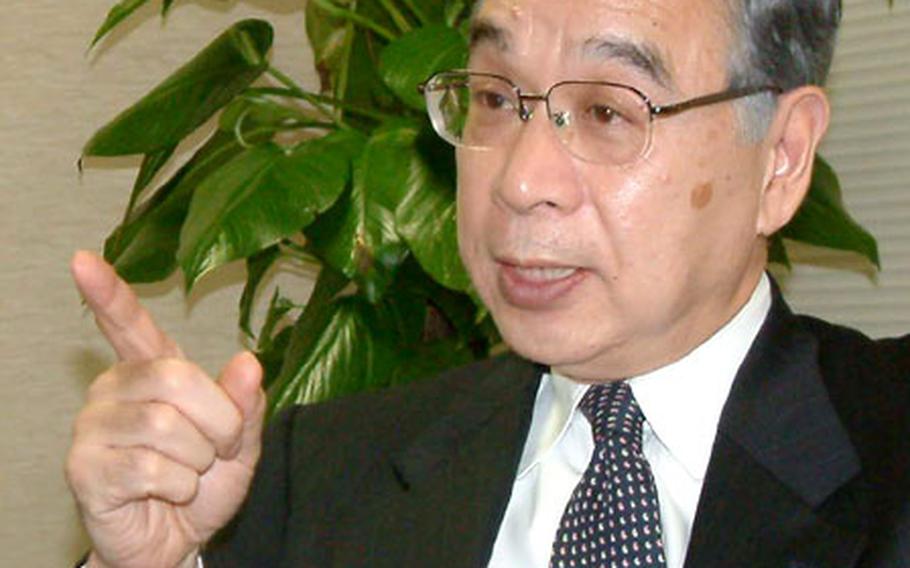 Yuji Miyamoto, Japan’s Ministry of Foreign Affairs ambassador in charge of Okinawa affairs, said in a recent interview that he believes a compromise is possible between the need for positioning U.S. troops on Okinawa and the demand of Okinawans to reduce the “footprint” of the U.S. bases on their island. (David Allen / S&S)

He&#8217;s also lived and worked in the United States and met with military officials from around the world on armament issues, so he&#8217;s comfortable with dealing with the military.

Miyamoto, 58, was born in Fukuoka and has a law degree from Kyoto University. He became Ministry of Foreign Affairs&#8217; ambassador to Okinawa in December.

At times, he said, he&#8217;s felt the disdain from other Japanese when they hear his Kyushu accent. It&#8217;s much the same as the way Okinawans feel they are sometimes treated &#8212; like backward cousins &#8212; when they are on the mainland.

He said the realignment of U.S. forces in Japan will be the most important issue for the three parties &#8212; the national government, Okinawans and the U.S. military &#8212; during the next year.

&#8220;This year the focus will be on the transformation of U.S. forces in Japan,&#8221; he said. &#8220;The realignment gives us the opportunity to review the situation on Okinawa. We have to achieve two goals &#8212; maintain our deterrence capabilities while reducing the burden of the Okinawans (in hosting U.S. military bases).

&#8220;At first, that appears to be a contradiction,&#8221; he said. &#8220;But, in my view, we can find a way. I hope both governments will reach a consensus and determine how to implement troop reductions and base realignments on Okinawa.

Miyamoto said he has talked at length with Gov. Keiichi Inamine and other Okinawa leaders concerning the base issues.

He has met briefly with the leading U.S. generals on Okinawa, but they&#8217;ve been busy with humanitarian relief efforts in South Asia.

He said he knows the U.S. troops on Okinawa have done a lot to maintain good relations with the host communities.