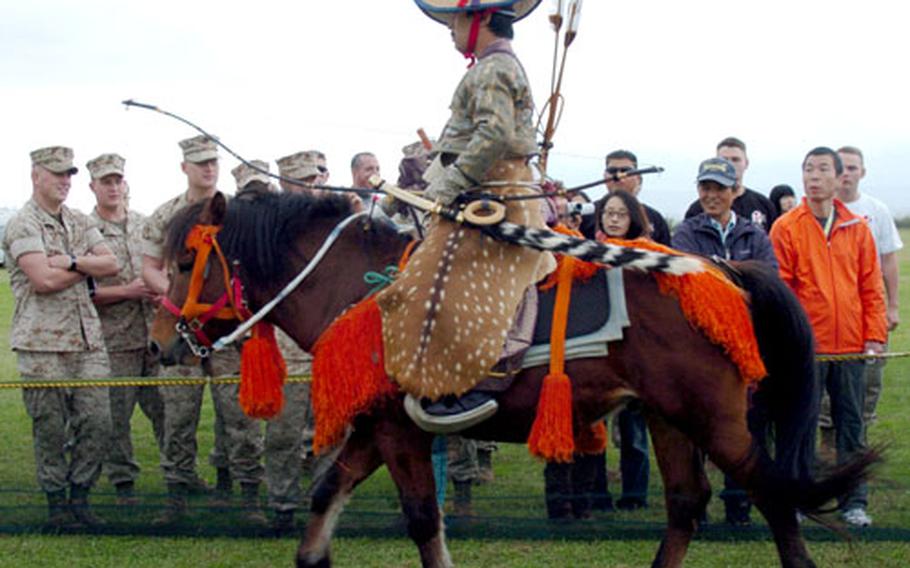 Lance Cpl. Christopher Tellez and Capt. Jon Parker practice Nihon Jujitsu in the Big Guns Gym on base at the Martial Arts Expo. The two Marines attached to Camp Fuji have been practicing the martial art form for six weeks. (Christopher B. Stoltz / S&S) 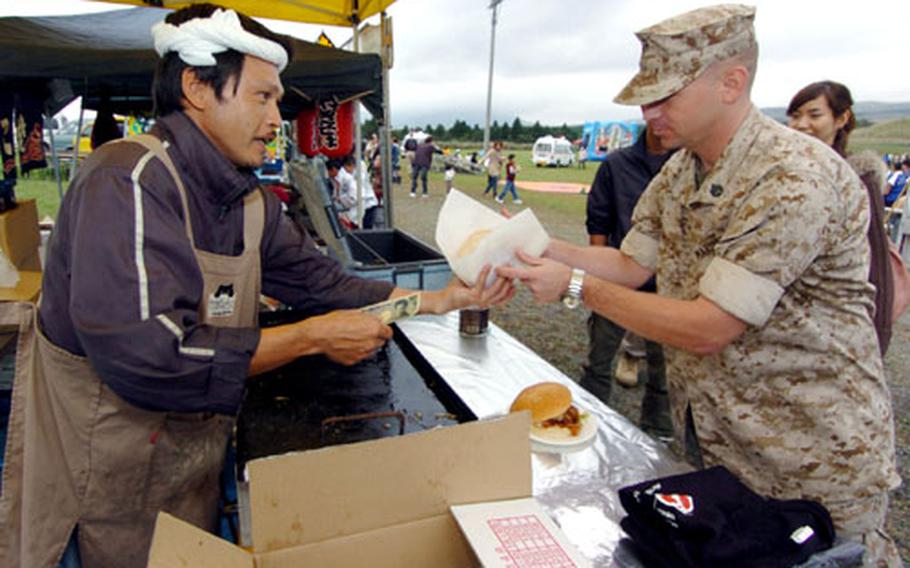 Centuries ago near the base of Mount Fuji in roughly the same areas where U.S. Marines train today, samurai warriors honed their skills in a variety of combat disciplines.

On Sunday, visitors to Camp Fuji&#8217;s annual Martial Arts Expo got a glimpse of some of the traditional Japanese martial arts still practiced today.

In and around the camp&#8217;s Big Guns Gym and sports field, more than 14 types of martial arts were displayed throughout the day including judo, kendo, karate, sumo and even MCMAP, the Marine Corps Martial Arts Program.

The goal of the expo was to give the military community at Camp Fuji a first-hand look at traditional Japanese martial arts and culture, while at the same time allowing the local Japanese community to see inside the gates of the base and to interact with Marines who live there.

Also at the event were several other cultural demonstrations including performances by nihon buyo dancers and taiko drummers, plus an exhibition by a Japanese sword maker. There were also Marine Corps equipment displays, Japanese and American food vendors and a man dressed in samurai yoroi armor.

This is the first year that the event has been completely open to the public, said Kerrie Ann Smith, athletic director for Camp Fuji. At last year&#8217;s event, only military identification card holders and invited off-base visitors could attend.

However, the threat of bad weather resulted in attendance being lower than predicted.

&#8220;The event is all right this year; there were more people last year so I expected a better turnout,&#8221; said Petty Officer 3rd Class Wilford Davis from Camp Fuji&#8217;s Medical Department. &#8220;But the exhibits are still great, especially the horseback archery.&#8221;

Stripes staffer Christopher B. Stoltz contributed to this story.