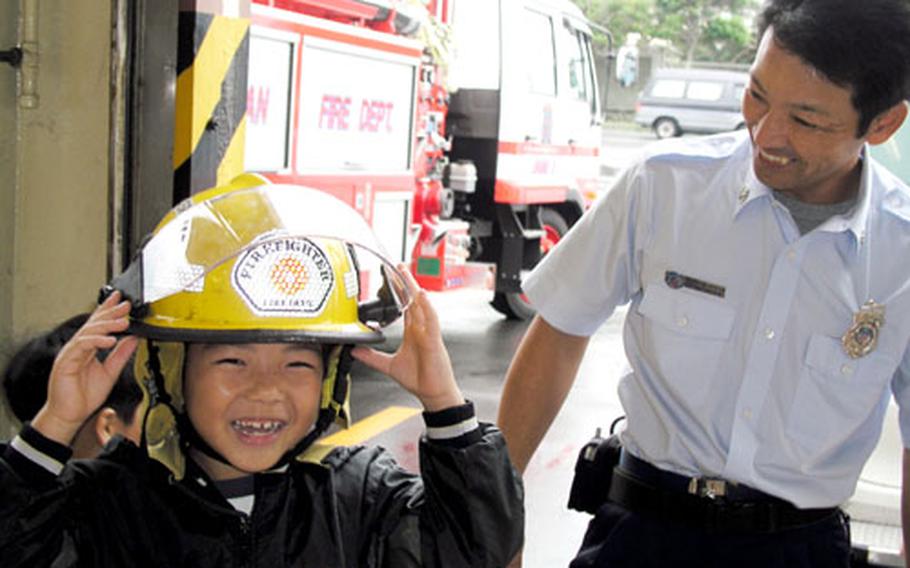 Shinnosuke Iha, 7, finds it really cool to be a firefighter Wednesday at the Camp Foster fire station. (Chiyomi Sumida / S&S)

Shinnosuke Iha, 7, finds it really cool to be a firefighter Wednesday at the Camp Foster fire station. (Chiyomi Sumida / S&S) 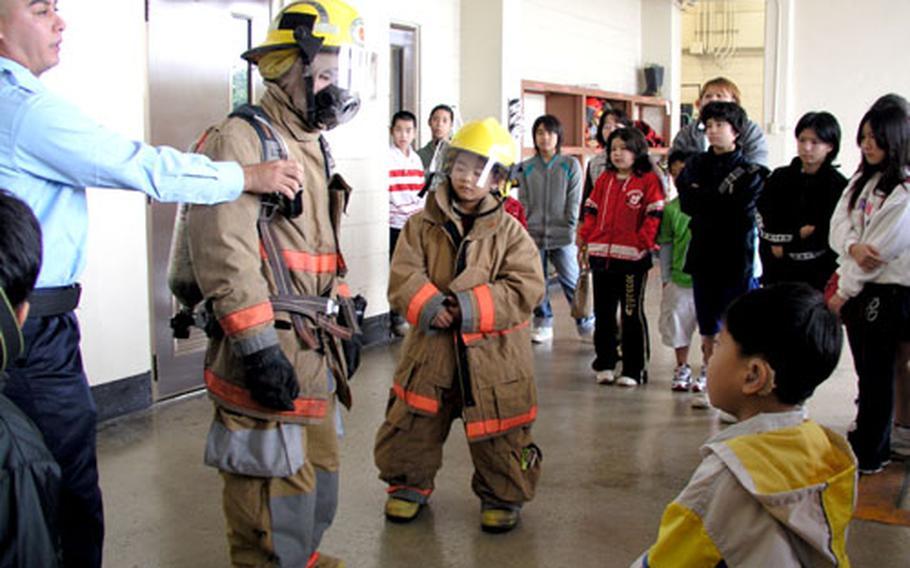 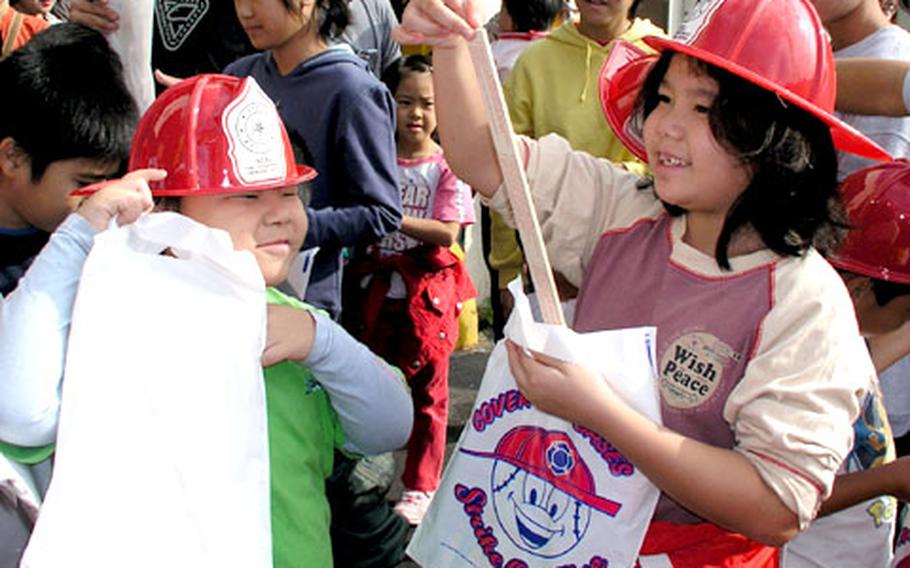 Yuto Aida, 6, left, and his sister Airi, 10, examine a gift package they received during their visit to the Camp Foster fire station. (Chiyomi Sumida / S&S) 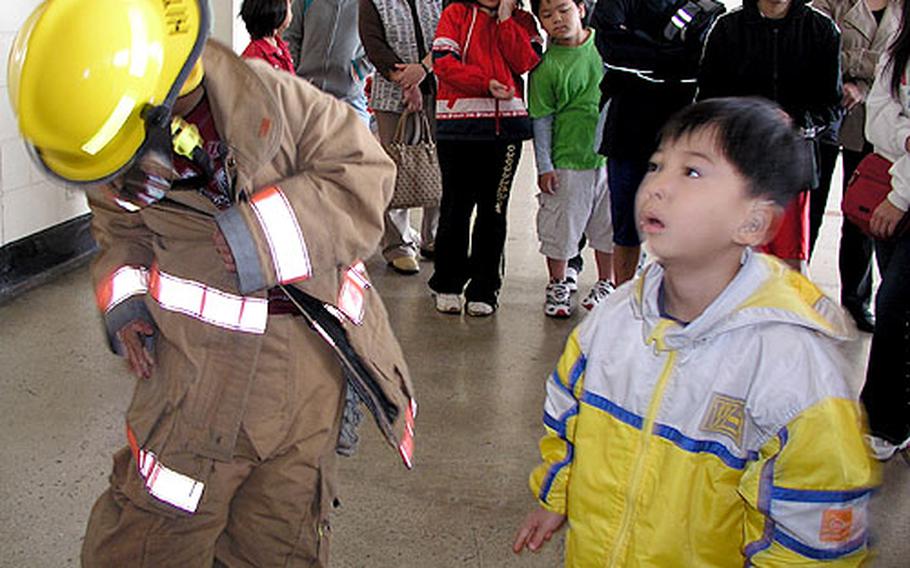 CAMP FOSTER &#8212; To catch a glimpse of Mom or Dad&#8217;s workplace, about 50 children of Japanese employees on Okinawa Marine Corps bases visited Camp Foster on Japan&#8217;s version of Labor Day.

Wednesday&#8217;s tour to several different camp offices including the fire station, facilities maintenance office and Foster Theater showed the children what their parents did while they were at school.

His mother Megumi Nishizato, said the tour helped the children get an idea about where their parents work.

Riho Shimanaka, 12, whose father works on Camp Courtney, said she joined the tour to learn about military bases. She brought along seven inquisitive classmates.

Before they wrapped up their one-hour tour to the fire station, the children were given plastic firefighter hats. Airi Aida, 10, said everything she saw at the fire station was new to her.

&#8220;Today, I saw all kinds of equipment that I have never seen before,&#8221; she said. Her father works on Camp Kinser, she said. Her mother shared her excitement.

The Camp Foster tour was the first such event sponsored by the Okinawa Garrison Forces Labor Union with the help of Marine Corps Community Services, said Takeo Taira, the union&#8217;s vice chairman.

&#8220;Because of the way the Japanese media reports on the military on Okinawa, children might think negatively about their parents working on military bases,&#8221; he said. &#8220;We wanted them to see with their own eyes that the image manipulated by the media was all wrong.&#8221;

The visit also meant a lot for those who work on the bases.

&#8220;We really like the idea,&#8221; said Hitoshi Morikone, one of the firefighters at the station. &#8220;Most Japanese people, including our families, have no idea what our jobs on the bases are like. A tour like this shows our children that their parents take a lot of pride in their jobs.&#8221;