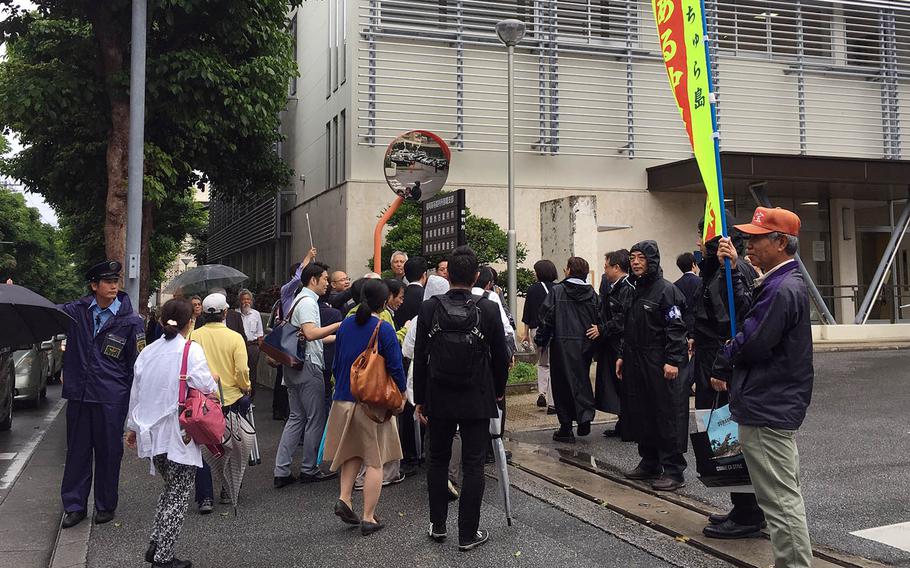 Chief Judge Masamichi Ohkubo of the Fukuoka High Court Naha Branch announced the reduction of a previous award of $22.6 million by just over $3 million.

A three-judge panel ruled that the previous amount — granted by Okinawa City Branch of Naha District Court in November 2016 — was too much.

The suit was originally filed in March 2012 by 3,417 residents of the communities around Futenma, who cited physical and mental damage that was the result of sleep deprivation and other issues related to air operations at the base.

The plaintiffs won the original decision in 2016 but appealed to the higher court saying that it did not go far enough. They had originally sought $91.7 million and a halt to air operations at the base.

They will now individually see less than the $6,614 per plaintiff, before legal expenses, that they had been due. The high court also upheld the lower court ruling that dismissed the plaintiffs’ demand to halt flight operations.

A separate lawsuit by 2,800 Futenma residents was filed in 2018 seeking $10 million in damages and is still working its way through the courts.