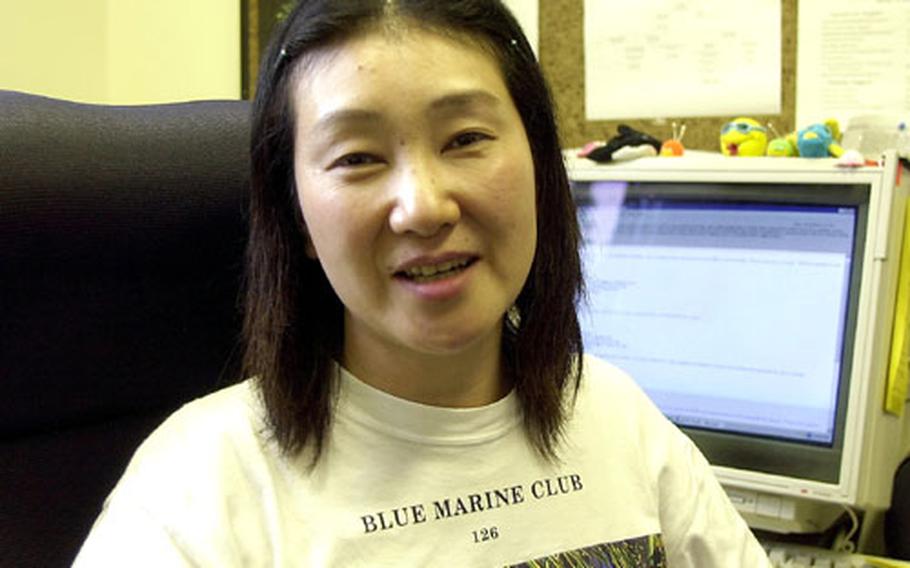 Eriko Kawahara said a peaceful solution is always preferred over a war, but now that Saddam Hussein&#39;s regime has been toppled, the Iraqi people have a great opportunity to develop a democratic country. Kawahara works at Sasebo Naval Base, Japan, and she strongly emphasized that this is her personal opinion, and not intended to represent an opinion expressed on behalf of the base. (Greg Tyler / S&S)

SASEBO NAVAL BASE, Japan &#8212; Japanese observations about U.S. actions toward Iraq, including the current nation-building activities, appear about as diverse as those of, say, Defense Secretary Donald Rumsfeld and the Dixie Chicks.

Thanks to the U.S.-led military coalition, Saddam Hussein&#8217;s regime no longer controls Iraq&#8217;s future. A populace accustomed to tyranny now is being offered at least the possibility of democracy.

Still, a few of our Japanese acquaintances and co-workers offered sharply divergent opinions about the current situation and its possibilities.

At Sasebo Naval Base in southern Japan, one of the most recognizable, friendly Japanese faces belongs to Eriko Kawahara, the Fleet and Family Services Center&#8217;s coordinator of cultural programs. But when she touched on Iraq, she spoke only for herself, not FFSC.

Farther north, for some Japanese people in Yokosuka, feelings about the war are inseparable from the more complex issue of having their hometown host the largest U.S. fleet in the Pacific.

There are sharp divisions among average Yokosuka residents about both issues; they either enjoy the economic and social benefits of having American sailors around or resent the U.S. presence as essentially the last vestiges of an occupation force.

&#8220;Most Japanese,&#8221; said Sadako Toshizuma, a 26-year-old teacher from Yokosuka, &#8220;will tell you that the war is something they do not support, especially in Yokosuka, where the ships that fight in the war are based.

Toshizuma said until the war in Iraq loomed in the late fall, she&#8217;d never attended one of the relatively peaceful protests outside Yokosuka&#8217;s front gate. But one night in December, she decided to join the crowd, toting a &#8220;No Iraq War&#8221; sign with some friends.

Toshizuma also said she was happy the Japanese government did not offer direct military or financial support for the war.

Others say that in order to reassert a larger role in international affairs, the Japanese government and military should have actively supported the American invasion of Iraq.

&#8220;It is important to show the Koreans and the Chinese that Japan will take certain steps in times of crisis.&#8221;