Japanese doctors get experience on U.S. base 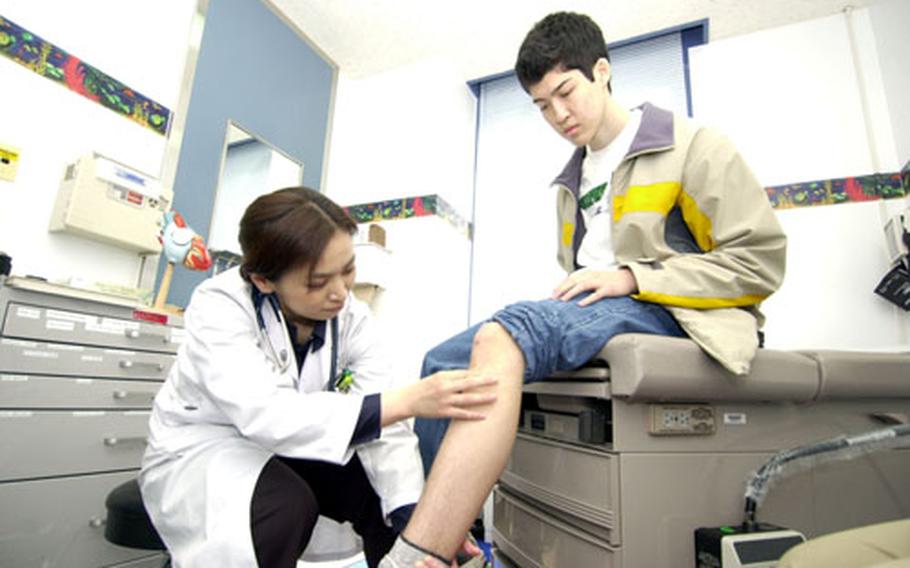 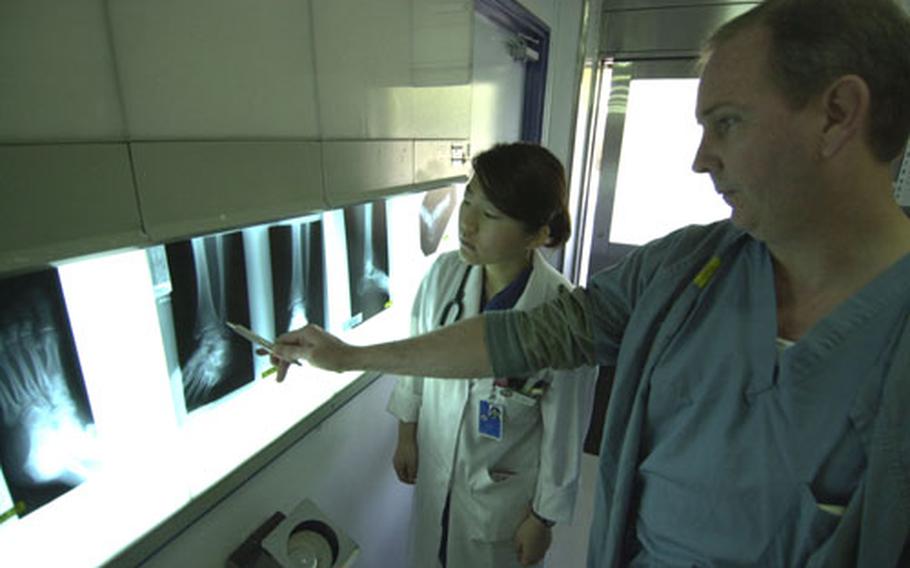 YOKOSUKA NAVY BASE, Japan &#8212; In her first few weeks working at Naval Hospital Yokosuka, Mariko Saso has settled in to a new life at a military base and a new job practicing medicine in a foreign language.

It&#8217;s been tricky learning Navy ranks, and base food isn&#8217;t exactly the best the 24-year-old has had, she said, but she&#8217;s gaining knowledge and experience that could help her continue her medical training in the United States.

Under an internship program started 50 years ago, six new Japanese physicians will live and work at the hospital for a year, learning about the U.S. medical system and medical terms and procedures in English.

Medically, Japan and the United States are on par, said Lt. Cmdr. Andrew Schiemel, a pediatrician and &#8212; until this month &#8212; an intern program director.

But the countries differ in terms of patient-doctor relationships and procedures. In Japan, doctors are well respected and never second-guessed. Patients don&#8217;t ask too many questions and diagnoses come after short office visits followed by many tests, Schiemel said.

In America, patients expect more face time with doctors, who formulate diagnoses by asking questions about medical history and symptoms and do fewer tests.

The interns also adapt to the uniqueness of a military environment &#8212; such as reading uniforms and identifying ranks.

One of her biggest surprises was seeing gun-toting guards at the gate.

The program began as an observation course in the years after World War II. The two governments worked out an arrangement, and Japanese medical universities recommended candidates. Today, 30 to 70 candidates apply for the six spots. Naval Hospital Okinawa has a similar program.

The candidates must be outgoing, team players and speak English, Schiemel said.

Dr. Keiichiro Narumoto, 25, said translating diagnoses into English is one of the biggest challenges he faces. He lives with an electronic dictionary.

The interns do the initial consultation with patients but both the intern and a staff doctor together give the diagnosis and treatment. So language isn&#8217;t a concern for patients, Schiemel said.

Tachibana and Narumoto previously completed a two-week course at the University of Michigan, so they have some familiarity with American ways of working.

Tachibana worked for two years at the Red Cross Hospital in Tokyo, so she&#8217;s also learned the rigors of practicing medicine in a Japanese hospital.

Many of the American physicians on staff are young and have recently come from residency programs where they taught junior residents. So teaching is comfortable for them, Schiemel said.

The interns have weekly lectures and regularly present cases to the staff. They rotate through six areas, including the emergency room, psychiatric care and family medicine.

In the end, they&#8217;ll have a letter of recommendation from a Western doctor and distinct experience.

But the program is mutually beneficial, Schiemel said.

The interns play a large role as liaisons between the base hospital and the Japanese hospitals that treat many American patients.

They help base hospital personnel avoid cultural and professional gaffes when interacting with Japanese doctors, and keep track of U.S. patients referred to local hospitals. That part alone makes the program integral.