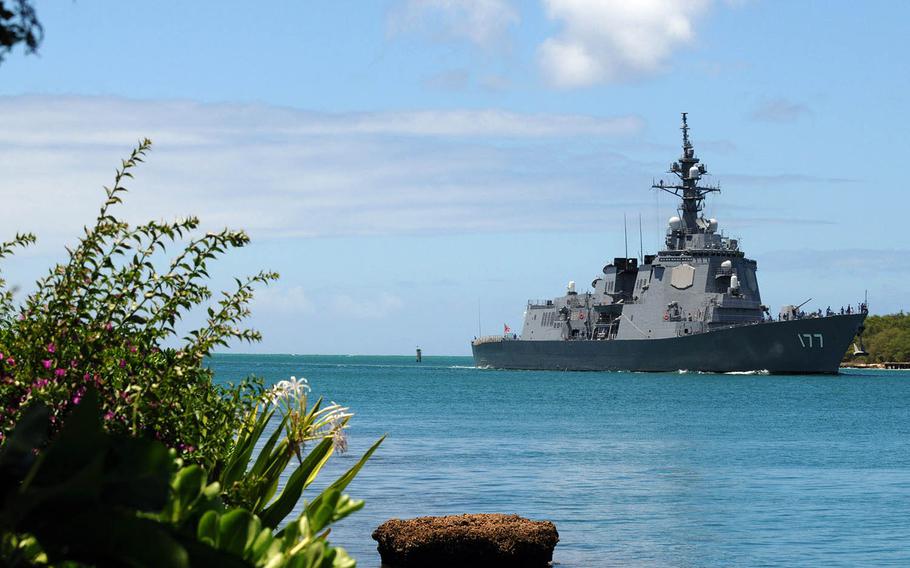 The Japan Maritime Self-Defense Force and Missile Defense Agency successfully completed an Aegis Ballistic Missile Defense intercept flight test, in cooperation with the Navy, off the coast of Kauai Island, the MDA said in a statement.

The island is the site of the Navy’s Barking Sands Pacific Missile Range Facility.

The target missile was fired from the range Tuesday morning and intercepted by the Aegis missile launched at sea from Japan’s JS Atago, a guided-missile destroyer.

Crew members aboard the Atago detected and tracked the target missile, which was intercepted above the Pacific Ocean.

The test was “a significant milestone in the growing cooperation between Japan and the U.S. in the area of missile defense,” the MDA said.

“This successful test is a major milestone verifying the capabilities of an upgraded Aegis [Ballistic Missile Defense] configuration for Japan’s destroyers,” MDA Director Lt. Gen. Sam Greaves said in the statement. “This success provides confidence in the future capability for Japan to defeat the developing threats in the region.”

During the Rim of the Pacific exercise in Hawaii in July, the Japan Ground Self-Defense Force successfully fired a series of Type 12 Surface-to-Ship Missiles from Barking Sands at a target ship about 60 miles out at sea.

It marked the first time the JGSDF participated in a sinking exercise during RIMPAC.