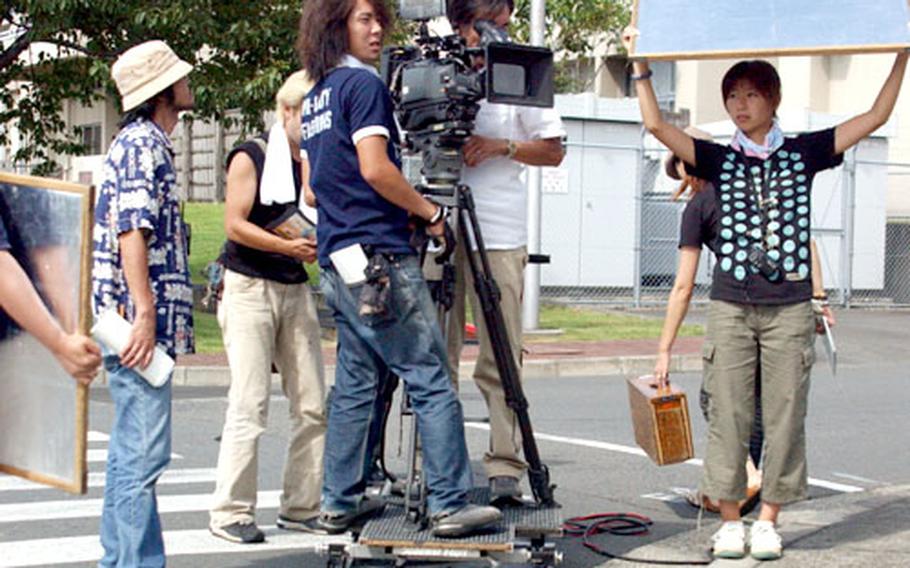 The two realized that they would have a better bid for hosting the World Cup if they combined their country&#8217;s efforts rather than competing to host the games.

Their idea worked. In 2002, for the first time, the world watched the historic games in two separate countries. It was called the 2002 World Cup Korea/Japan.

This week, a Japanese television film crew is bringing their story to life in a television movie due out this fall. To authenticate some of the scenes, they filmed part of it at Camp Zama outside Tokyo.

While it makes sense to film the American scenes at a U.S. Army base, they also filmed an early scene set in Peru at a dilapidated building on post.

Camp Zama, the headquarters of U.S. Army Japan, offered plenty of space and an American feel, said Yukitoshi Horikawa, location coordinator for Cinehouse, which is producing the film with Fuji Television.

Horikawa learned about the Army base three years ago when he worked on a film at Sagamihara Family Housing Area near Camp Zama.

Horikawa contacted the base two months ago wondering if Zama would work for his current project.

The U.S. Army Japan Band building, with peeling paint and a gloomy fa&#231;ade, seemed to make a perfect Peruvian bus stop, with a few extras in Peruvian costume and signs in Spanish.

A phone booth beside the base post office was the perfect imitation of the phone booth in Boston where the main characters met in real life.

Horikawa said the movie is essentially about the friendship between soccer players. It also tells a story many Japanese people don&#8217;t know about.

In return for filming access, U.S. Army Japan gets a note of appreciation in the film credits and a chance to foster good host-nation relations, said USARJ spokesman Maj. John Amberg.

But before it could be approved, the proposal had to weave through the Army&#8217;s office that oversees movie depictions: the Office of the Chief of Public Affairs-Los Angeles.

After a long clearance process, the 73 actors, extras, production people and a few adoring fans made their way onto Zama on Monday for filming. Girls swooned over movie star Hideaki Ito, who played Japanese soccer player Takase Kazuhiko.

The Japanese film is expected to air on Fuji TV in the fall.