Japanese ‘Co-ops’ get perspective on America 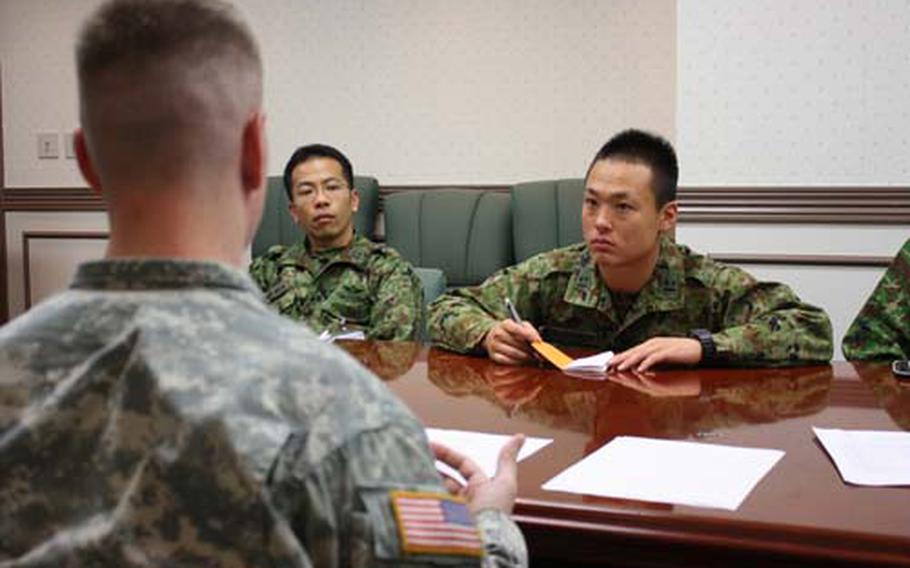 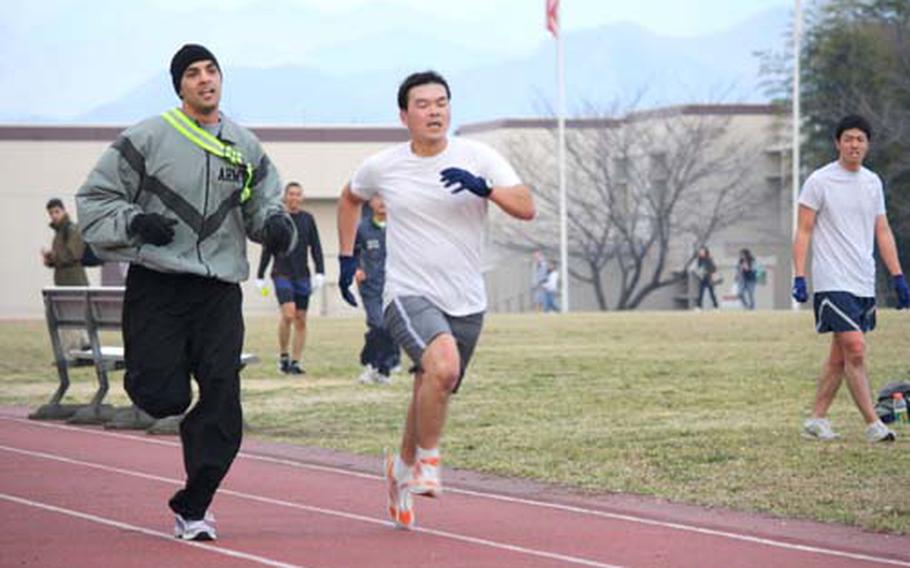 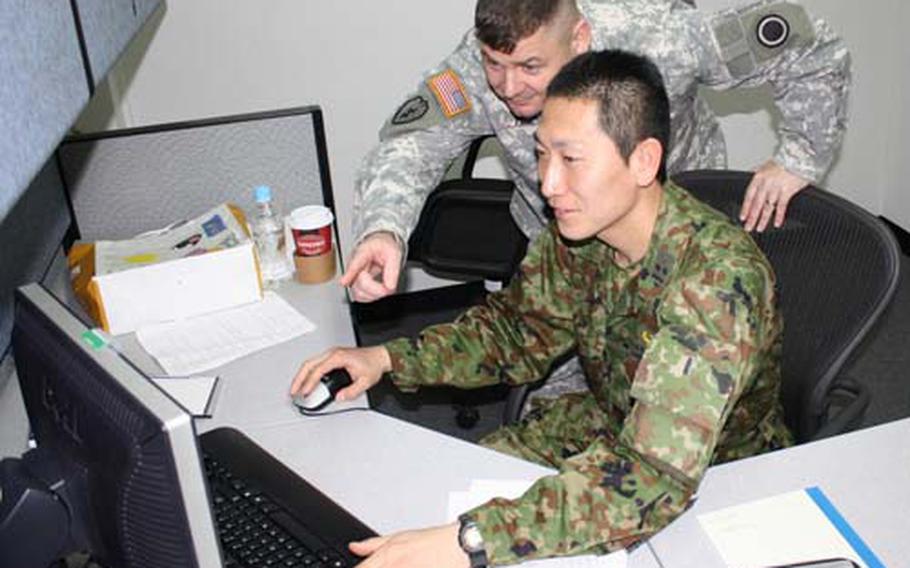 After 90 days, they were in good shape, and their English was much improved. They also left knowing a whole lot more about America.

The 10 members of the Japan Ground Self-Defense Force ate, slept and practiced the U.S. military culture during their time at Camp Zama.

They were there as members of the most recent group to go through the U.S. Army Japan&#8217;s Ground Staff Office Cooperative Work Program.

During the bilateral program, the &#8220;Co-ops,&#8221; as they are called, trained in events created to build their leadership and English skills, and to better understand U.S. culture.

Kim has been the driver of the program for the past eight years and has made considerable changes since its inception in 1995.

It was created with officers in mind, but Kim switched things up to include Japanese noncommissioned officers.

Another change was in the volume of activities.

Kim said at first there weren&#8217;t any training events. The recent graduates participated in 275, more than three a day.

When they weren&#8217;t fine-tuning their English, the Japanese soldiers were performing military tasks alongside their Zama sponsors at their commands. They were also waking up early to join their sponsors for physical training.

But it was the off-duty excursions that made lasting memories for Co-ops and the Zama soldiers alike.

They frequently got together for dinner and karaoke, explored Japan and even grappled with each other in hand-to-hand combat.

Maj. Ed Miiller, in his fifth stint as a sponsor, was recognized as the top officer sponsor. He and his wife frequently invited Japanese soldiers to their home.

Miiller said he thinks a sponsor&#8217;s main role should be introducing the Japanese to U.S. culture.

The soldiers got plenty of it.

Sgt. 1st Class Ryosuke Takahashi learned about the handshake hello and the arm-over-the-face cough block, and 1st Lt. Masahito Fukayama sampled a different kind of beer whenever he drank with the U.S. soldiers.

Fukayama was impressed with the U.S. Army day structure.

He said he likes waking up early for physical training and having plenty of time after work for family and friends.

Zama Command Sgt. Maj. William Franklin said: &#8220;The goal is making an already good relationship with the Japanese even better. They&#8217;re our friends, not just our allies.&#8221;