Japanese and U.S. servicemembers share skills in exchange at Kadena 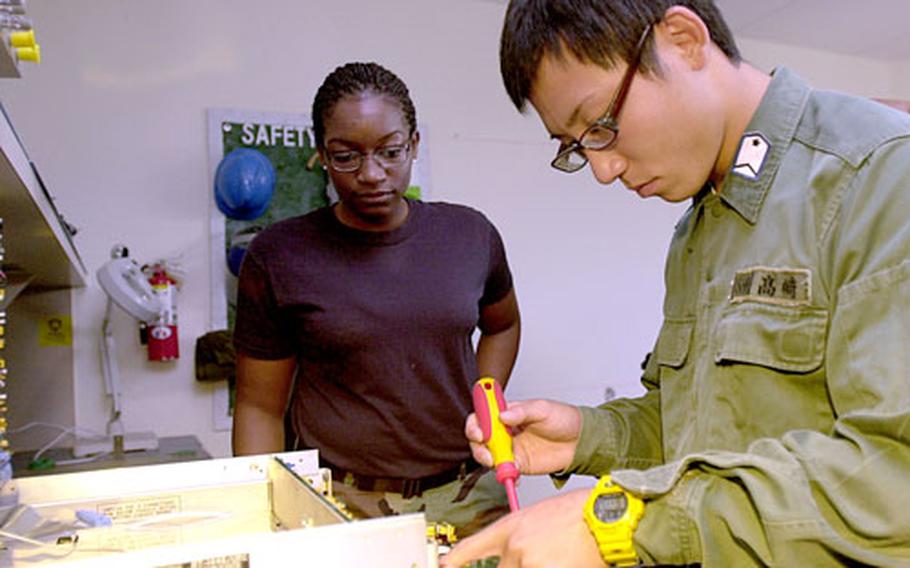 KADENA AIR BASE, Okinawa &#8212; Seven Japanese servicemembers got a taste of American military life during an exchange program this week at Kadena.

He also was surprised at how youthful the U.S. military is, he said, explaining that most Japanese military personnel don&#8217;t retire until they are in their mid-50s.

Though the two forces use different equipment, working on the radios together was easy, she said.

Takasaki and his fellow servicemembers were scheduled to depart Kadena on Thursday, but Landers said her new friend can come back and visit anytime.

As part of the annual exchange program, Kadena plans to send a small group of airmen to a mainland JASDF base in the fall, Trawick said.