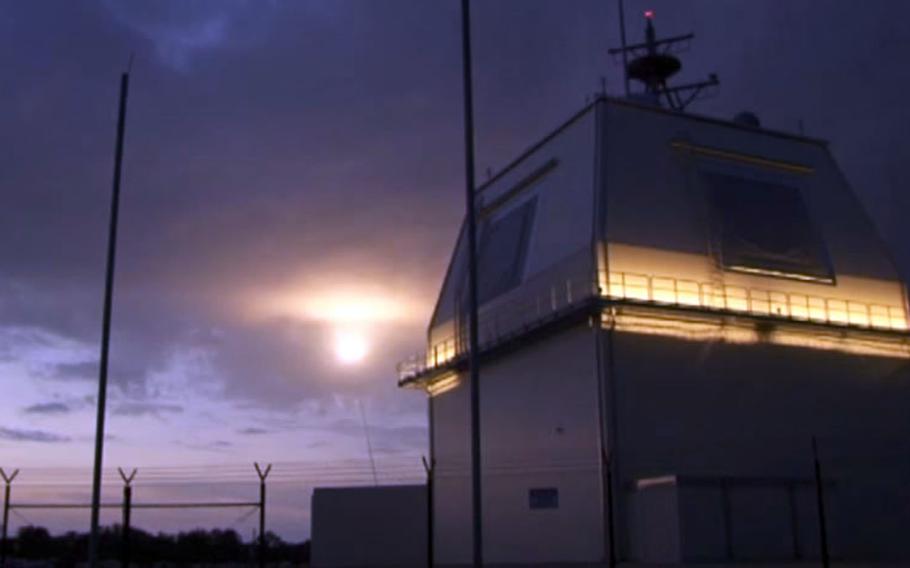 An Aegis Ashore missile-defense system is tested at the Pacific Missile Range Facility in Hawaii in May 2014. (Courtesy of the Missile Defense Agency)

TOKYO, Japan — The Japanese government is pushing ahead with plans to boost its missile defenses in response to the growing threat from North Korea.

The nation’s Cabinet on Tuesday approved the acquisition of two Aegis Ashore systems capable of defending the entire country against incoming missiles.

“North Korea’s nuclear and missile development has become a more serious and imminent threat to our security, entering in a new phase,” a Cabinet statement said. “It is necessary to drastically expand our ballistic missile defense capability in order to continuously and persistently protect our country even during normal circumstances.”

North Korea has escalated its missile development this year, repeatedly launching ballistic missiles over and around Japan. Last month, the communist regime fired a powerful intercontinental ballistic missile toward northern Japan that experts believed is capable of targeting the U.S. mainland.

Aegis Ashore is already operating in Romania with another system planned for Poland. Manufacturer Lockheed Martin describes it as a “collection of phased-array radars, fire control directors, computers and missiles.”

The Japanese government will request $6.5 million in next year’s budget to conduct a geological survey ahead of the system’s deployment.

Defense officials declined to estimate when Aegis Ashore might be operational or where it will be based. However, Japanese media reports suggest the systems could be in place at Japan Ground Self-Defense Force bases in Akita and Yamaguchi prefectures sometime around 2023.

Officials declined to estimate how much the systems will cost; however, the Mainichi newspaper has put a price tag of about $1.8 billion on the pair.

Japan chose Aegis Ashore ahead of other land-based missile defenses, including the Terminal High Altitude Area Defense, or THAAD, system that the U.S. recently deployed to South Korea. THAAD’s coverage area is smaller than Aegis Ashore and it would require more units to cover Japan, defense officials said.