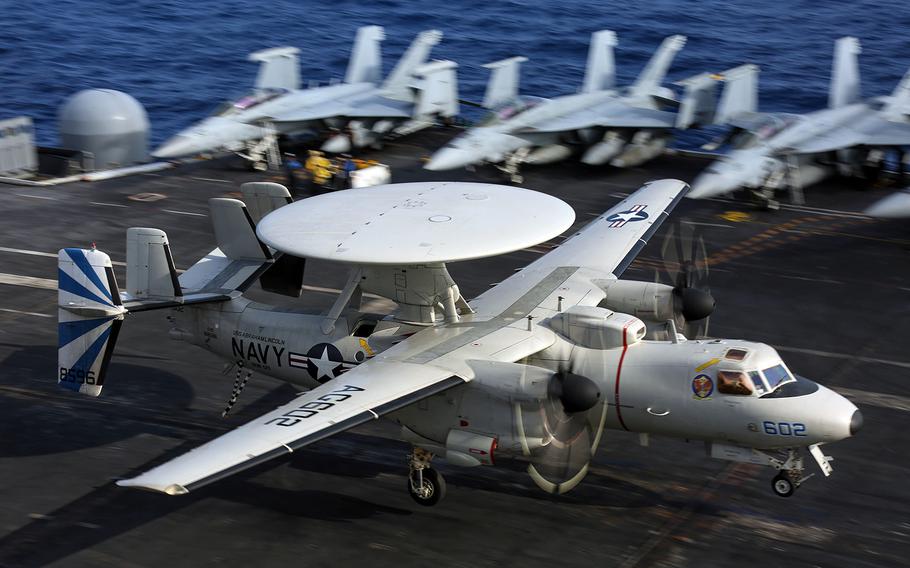 TOKYO — Japan’s first E-2D Advanced Hawkeye early-warning and control aircraft arrived at Misawa Air Base in late March, according to a spokesman for the Japan Air Self-Defense Force.

The country plans to acquire 13 of the high-tech planes and has allocated $1.8 billion for nine E-2Ds this fiscal year, according to Japan’s 2019 defense budget.

The goal is to “strengthen intelligence, surveillance and reconnaissance capabilities in airspace around Japan including vast air space on the Pacific side,” according to the budget.

The new planes will add capability for Japan, which already has E-2C Hawkeyes to surveil its territorial skies and waters, according to the JASDF spokesman.

Japan, which has operated the E-2C since 1983, is the largest E-2 operator outside the United States, the planes’ manufacturer, Northrop Grumman Corp., said in a statement. Japan took delivery of its first E-2D on March 29.

“The E-2D delivers a two-generation leap in radar technology, allowing the aircraft to track threats at extended range,” the company said.

The Advanced Hawkeye can be used for humanitarian assistance and disaster relief and for civilian emergency coordination, the company said.