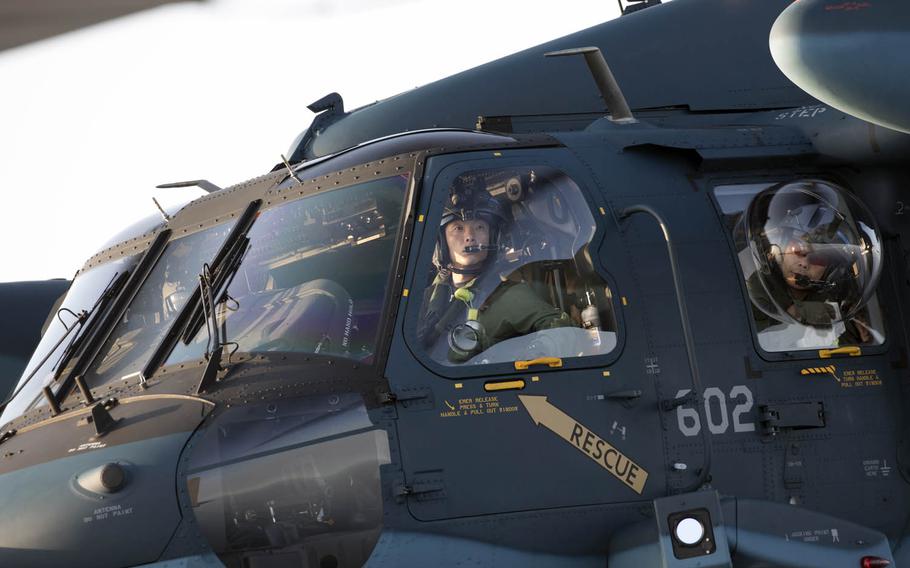 The more than 500-page Defense of Japan 2017 report, approved by the nation’s cabinet Tuesday, lists North Korea as the top threat and says the communist nation may already possess nuclear warheads and the ability to deploy a solid-fueled ballistic missile that could hit Japan.

“Since last year the security threats have entered a new stage considering North Korea’s development of nuclear weapons and ballistic missiles as well as its enhancement of operational capabilities,” said the report, which includes three more pages about the North than last year’s edition.

On July 28, Pyongyang test-fired its second intercontinental ballistic missile, which splashed down in waters off Hokkaido.

“North Korea could be aiming at increasing the range of missiles, improving accuracy, enhancing the ability to conduct surprise attacks and diversifying launch forms,” the report added.

A top priority for the Ministry of Defense will be acquiring Standard Missile-3 Block IIA and Patriot Advanced Capability-3 ballistic-missile defense systems “as soon as possible,” the report said.

In February, the U.S. and Japan successfully intercepted a target ballistic missile during an SM-3 test. A similar test of the system in June was unsuccessful, although the failure was later attributed to human error, media reports said.

The defense report also singled out increased incursions by Chinese ships and aircraft into Japanese territory, adding that China’s military reforms “have taken shape at a rapid pace” after the country upped its military spending over the past decade.

“China, particularly over maritime issues, continues to act in an assertive manner, including attempts at changing the status quo by coercion,” the report said. “These actions include dangerous acts. China remains poised to fulfill its unilateral demands without compromise.”

Japan plans to respond to the threats by deploying Ground Self-Defense Force units to remote islets near the Senkaku island chain also claimed by China, the report said. The GSDF is also being tapped to develop an “Amphibious Rapid Deployment Brigade” that would presumably be tasked with defending the islands. Members of the brigade, which is scheduled for activation next March, took part in a combined U.S.-Japan training scenario in the Northern Marianas to retake an island during Keen Sword drills last November.

Chinese jets also continue to be a threat for Japan, with the number of scrambles by the Japan Air Self-Defense Force against Chinese aircraft “increasing dramatically, reaching a new high” in fiscal year 2016, the report said. Chinese aircraft have been gradually working their way south and east and have been more active around Okinawa airspace and other nearby islands, it added.

The JASDF sortied 1,168 times between April 2016 and March 2017, an increase of 295 from the previous year — the highest number of sorties since Japan started scrambling aircraft to counter airspace invasions in 1958, according to an April report from the Ministry of Defense. In fiscal year 2016, 851 scrambles were conducted against Chinese aircraft. There were 571 last year, 464 in 2014 and 306 in 2012.

The JASDF formed the South-western Air Defense Force in July 2016 to help protect the southwestern portion of Japan.

Content regarding the U.S.-Japan alliance and U.S. military personnel stationed in Japan remained unchanged from previous years, with the report stating the alliance promotes the national interest of both countries.

“The Japan-U.S. alliance, as the foundation of peace and prosperity in the Asia-Pacific, contributes to the stabilization of the regional security environment,” it said.

The deployment of F-35B Lightning II fighter jets to Marine Corps Air Station Iwakuni “shows unwavering American commitment to the alliance with Japan and strengthens the alliance while contributing to the security of Japan as well as the Asian Pacific region,” the report added.

The document also mentioned that new security legislation enacted last year allows the Japan Self-Defense Forces to operate outside of the country and to take on new roles. The legislation allowed Japanese troops to conduct a peacekeeping operation in South Sudan in which forces were allowed for the first time to use their weapons when rescuing and guarding non-Japanese personnel.