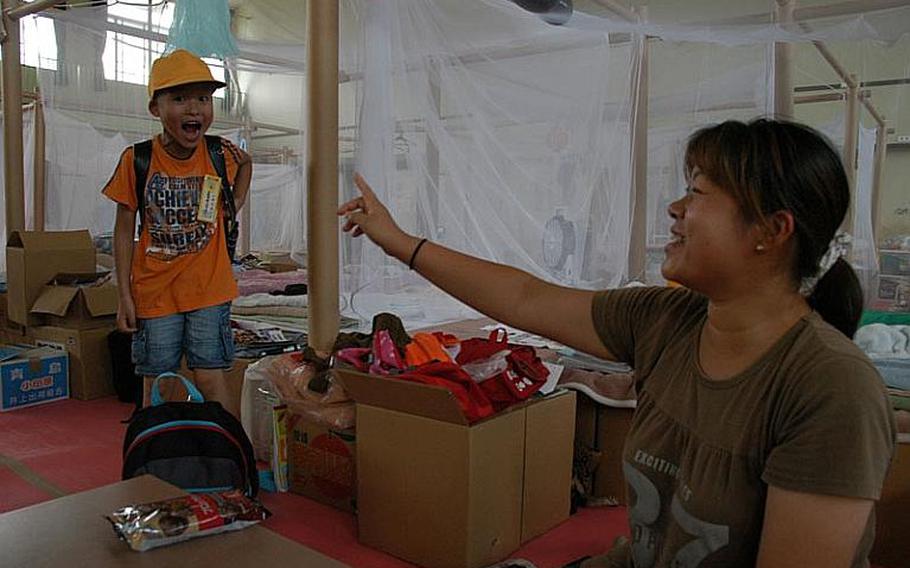 Buy Photo
Rie Masuno has been living with her family at Watanoha Elementary School for five-and-a-half months. (Seth Robson\Stars and Stripes)

Buy Photo
Rie Masuno has been living with her family at Watanoha Elementary School for five-and-a-half months. (Seth Robson\Stars and Stripes) 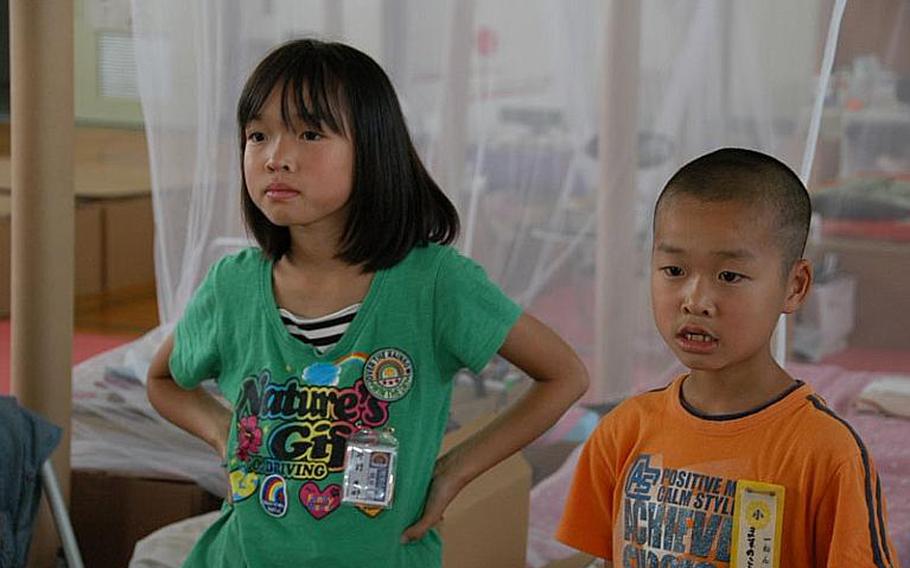 Buy Photo
These students are still living with their family in Watanoha Elementary School, five-and-a-half months after their home was destroyed by a massive tsunami. (Seth Robson\Stars and Stripes) 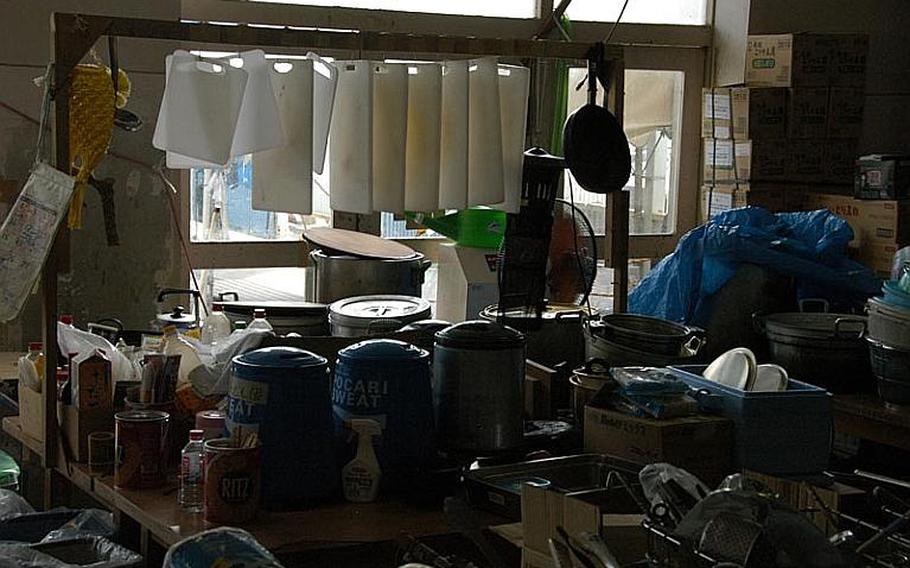 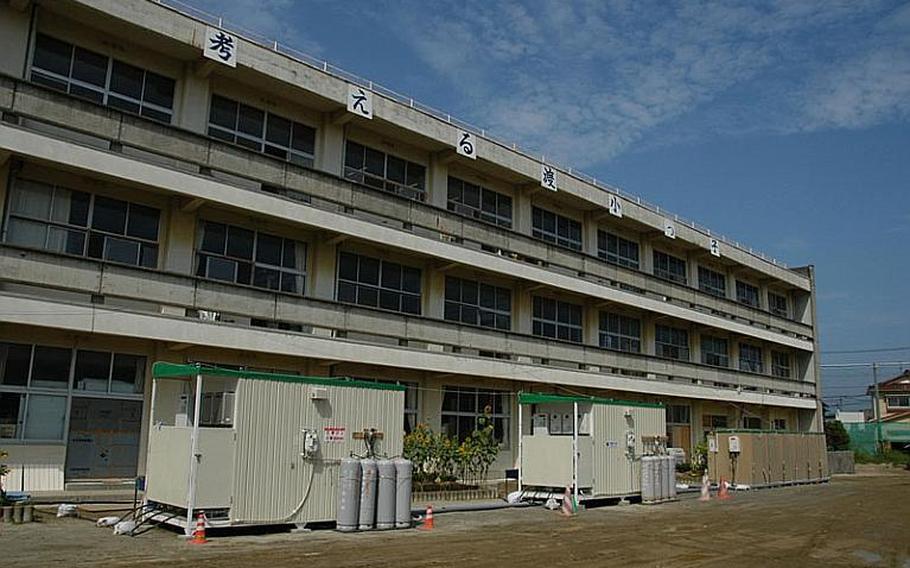 ISHINOMAKI, Japan &mdash; Children with backpacks full of books and pencils still walk across the playground each morning at Watanoha Elementary School.

But 5 1/2 months after their homes were destroyed by a horrific tsunami, the half-dozen kids are living in the school with their families rather than studying or playing there.

Principal Yoshiki Takahashi, who remains in charge of the facility, said the students are bused to two other schools in the battered fishing town while officials decide what to do with the elementary school turned shelter.

In the weeks following the March 11 earthquake and tsunami, the school was struggling to feed about 1,200 residents who were staying there when top U.S. military officials and U.S. Ambassador to Japan John Roos visited. As of last week, there were still 99 men, women and children living in classrooms and the school gymnasium while they waited for temporary housing.

Takahashi said the facility&rsquo;s electricity supply is still erratic, and the building&rsquo;s water purifier is broken. The evacuees bathe in plastic shower blocks and go to the toilet in temporary toilets set up in a playground that was cleared of piles of rotting trash and twisted metal by U.S. troops.

&ldquo;The people who are still here have not got a house to move into yet,&rdquo; he said. &ldquo;There are not enough temporary homes built.&rdquo;

The school &mdash; in the heart of a ravaged neighborhood where U.S. forces cleared debris during March and April &mdash; is still surrounded by hundreds of battered, often empty homes and vacant lots where a wrecking ball finished what the tsunami started.

Children from Watanoha will soon move to a temporary school that is expected to open next month, Takahashi said. Last year, 410 children attended the elementary school.

&ldquo;We don&rsquo;t know when or if they kids will come back here,&rdquo; he said. &ldquo;That is up to Ishinomaki City.&rdquo;

Most of the students are living with relatives or in temporary homes, said Takahashi, whose sons are helping rebuild his own home.

Rie Masuno, 30, said she rushed to the school after the Earthquake to check on her three children. When the tsunami came, they took shelter in a classroom and they never left.

Each day, Masuno&rsquo;s children pack their bags and bus to another school while her construction worker husband heads out to help rebuild his shattered hometown.

&ldquo;There is a lot of work for him these days,&rdquo; she said.

Life at the shelter was tough at first, but the family has gotten used to it, Masuno said.

The children have fond memories of playing with the U.S. servicemembers who came to clean up the school. One gave her youngest child a teddy bear, she said.

However, the Masunos are eager to move into a temporary home that they expect to receive next month, she said.

&ldquo;It&rsquo;s been six months here,&rdquo; she said. &ldquo;I have been having fun with the other people we have lived with, but it is probably better for the kids to have their own home.&rdquo;

Takahashi said his students&rsquo; parents would like to return to live on the sites of their original homes and they want to see a plan from local government officials for reconstruction in the area.

&ldquo;If the school is going to reopen they would like to make plans to come back to this area, he said. &ldquo;The problem now is that, as time goes by, people want to know when things are going to happen and they want more information.&rdquo;

The government hasn&rsquo;t produced a plan for reconstruction of the area yet, he said.

Officials at the Ishinomaki City reconstruction division said a plan for the Watanoha district will be included in one for the entire city&rsquo;s reconstruction expected out in November.

They said information about the plan as decisions are made are posted on Ishonomaki city website. Officials said that measures to guard against future tsunamis, as well as how much financial support the Japanese government provide have yet to be decided.

&ldquo;Personally, I want the government to put more effort into reconstruction and work a lot faster,&rdquo; Takahashi said.