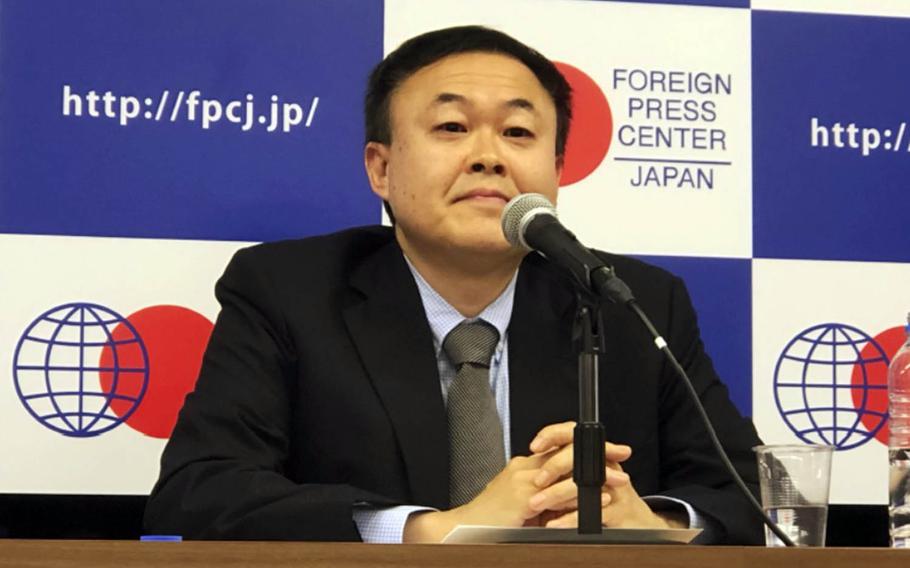 TOKYO — Japan sending a destroyer from its Maritime Self-Defense Force to the Chinese navy’s 70th anniversary fleet review represents an easing of tensions between the two Pacific powerhouses, experts said this week.

The JS Suzutsuki’s visit to China was the first by a Japanese warship in more than seven years, according to a Monday report by China’s state-run Global Times. China held a massive naval parade and international fleet review Tuesday in the port city of Qingdao, an event overseen by Chinese President Xi Jinping.

The United States, which has protested Chinese expansion and militarization of islands and reefs in the South China Sea, declined to send a vessel to the naval celebration.

Japan’s destroyer was one of 18 foreign vessels in the review; 14 countries sent ships, including Russia, Australia, India, Thailand and Vietnam, according to the Global Times report.

The international review “showed the strength of these navies’ military ties with China,” Li Daguang, a professor at the National Defense University of the People’s Liberation Army in Beijing, told the Global Times.

“China’s peaceful will and actions have convinced them, Li noted, and relations have been restored significantly to the extent that they would come and celebrate the [Chinese] Navy’s anniversary,” the state newspaper wrote Monday.

The U.S. did not give a reason for declining to send a vessel to the fleet review, instead sending representatives from the U.S. Embassy Beijing defense attaché.

“In the past year or two, the United States has been taking a rather hard-handed approach and tough attitude [to] China,” he said. “I think the way Japan does it is to take a soft approach to try to build a relationship with the counter-party and try to encourage change from the inside.”

Since 2017, the U.S. Navy has regularly sent vessels through the South China Sea in freedom-of-navigation operations near the islands and reefs that China claims. The United Nations Convention on the Law of the Sea in 2016 rejected those claims.

China has claimed 27 islands and reefs, building military outposts on at least 12 of them since 2014. To protest those actions, the U.S. last year disinvited China from its multinational Rim of the Pacific military exercises off Hawaii.

While Japan’s relationship with China “has been rapidly improving,” Watanabe said, Tokyo can take measures to encourage China to adhere to international law.

Through dialogue, Japan can show China that the right thing to do is “to abide by and comply with the law,” Watanabe said, “and that would also lead to gaining more trust from the global community.”

“I think that’s what Japan can do, rather than criticizing China with lavish speech.”

But Watanabe added that Tokyo should be cautious not to harm its alliance with the U.S. in its dealings with Beijing.

“We must be very careful to prevent the overreaction [to] the appeasement of the relationship between Japan and China leading to the decoupling of the Japan-U.S. relationship,” he said.