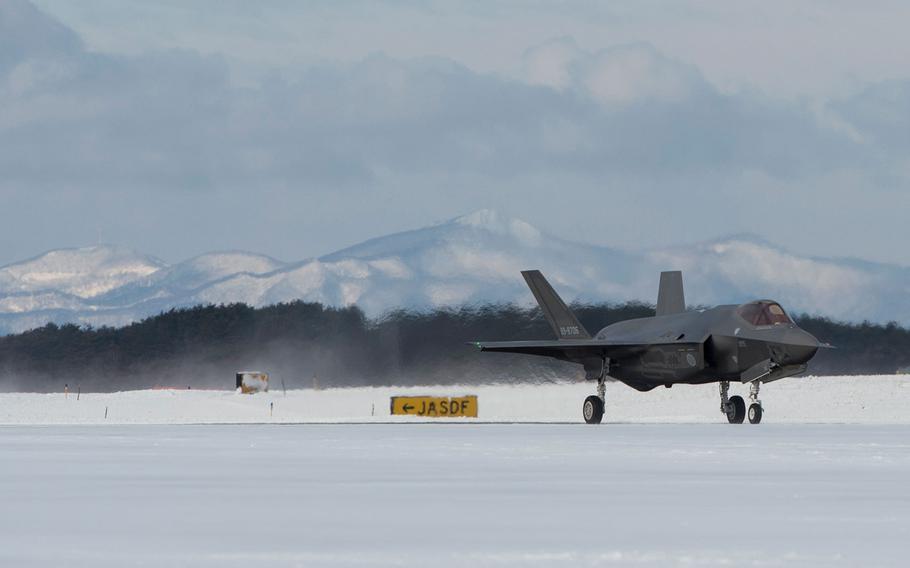 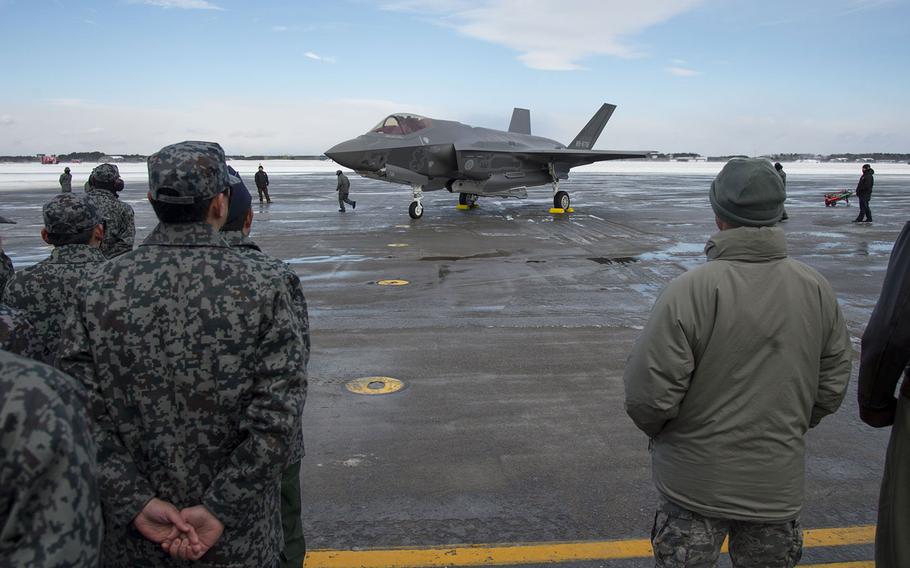 “The F-35A will bring transformation in air defense power and significantly contribute to the peace for citizens and ensure security,” Maj. Gen. Kenichi Samejimia, commander of Japan’s 3rd Air Wing, said in the statement.

Servicemembers will do their best to secure flight safety and establish an operational squadron quickly, he said.

Japan is one of a dozen countries to purchase the F-35A, which is marketed as a multirole aircraft with advanced electronics designed to maximize situational awareness.

“This aircraft represents not only a big step forward in technological advancements and combat capabilities but also in U.S.-Japan relations,” said 35th Fighter Wing commander Col. Scott Jobe. “We look forward to training alongside our JASDF counterparts and continuing to enhance the safety and security of Japan together.”

The F-35A takes off and lands like a traditional fighter jet but has the same airframe and other characteristics as the Marines’ model.