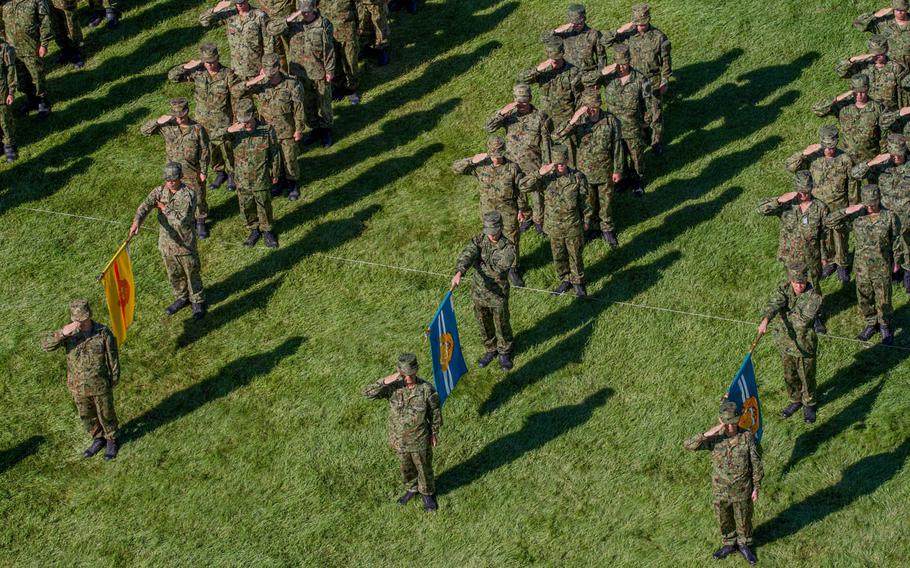 “I am aware that it is an extremely regrettable incident, which betrays the public trust of the Self-Defense Forces and could invite internal and external mistrust in the defense of our country,” Defense Minister Gen Nakatani said in a statement.

Japanese police and ministry officials would not discuss a motive and declined to say whether U.S. military secrets could have been mishandled. U.S. Forces Japan officials did not respond to requests seeking comment Tuesday. The U.S. has a defense treaty with Japan, which gets much of its military hardware from the U.S. government.

The manuals — which were not to be shared with anyone outside of the Japanese military — contained basic rules for personnel and unit operation, a Defense Ministry spokesman said.

A committee has been set up at the Defense Ministry to investigate how far Izumi’s relationship went and will consider future preventative measures. The case is particularly alarming because Izumi served as a high-ranking Self-Defense Forces official who commanded the eastern army in 2007-09.

None of the suspects have been arrested, but the case was referred to the Tokyo prosecutors’ office Friday, a Tokyo Metropolitan Police spokesman said.

Watabe was relieved of his command and reassigned to the Ground Staff Office because it is necessary for him to cooperate with the investigation, Nakatani said. The attaché has left the country.

Russia has been flexing its muscles in the region, announcing plans last week to build a series of military garrisons on islands claimed by Japan in the western Pacific. Russian pilots also have buzzed Japanese airspace hundreds of times since Japan supported sanctions against Russia for its annexation of Ukraine’s Crimea Peninsula, and the Russian military has held robust exercises in the region.