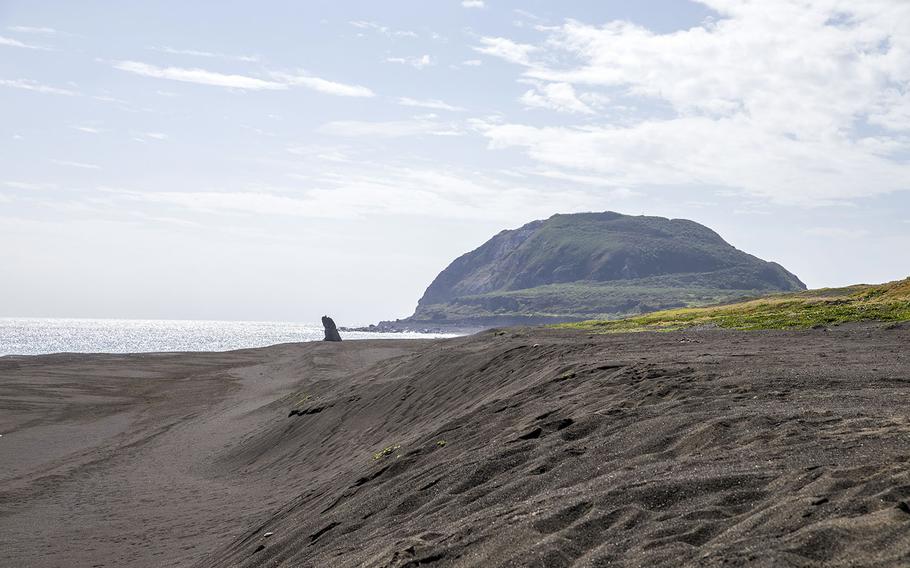 The radar’s specifics are unknown, because its development has not yet gone out to bid; however, officials hope it will be able to penetrate deeper than existing systems that can find objects with a diameter of about an inch as deep as 13 feet, or a 20-inch cavity as deep as 33 feet.

Nearly $11.9 million has been allocated in fiscal year 2018 to excavation efforts on the island, and part of that money will help pay for the project, a Ministry of Health, Labor and Welfare official told Stars and Stripes.

“We would like to check [the island] thoroughly,” he said. “The Japanese government needs to work together as one and proceed in order to discover [these] uncollected remains.”

The radar’s development is being led by the Ministry of Defense, the official added.

The need for a better radar became apparent after 1,798 unsuccessful shallow excavations on Iwo To between 2014 and 2017, the official said. Despite those failures, three anomalies were discovered near the island’s runway in 2012 and 2013 using a radar provided by the Ministry of Defense.

Last year, after excavating the site of one of the anomalies, two sets of human remains were found at a depth of about 52 feet, prompting the request for a higher performing radar.

Officials said they hope to dig under the runway, should more anomalies be detected by the new radar, but hope to do so in a way that will not disrupt base activities. The runway is used by the Japan Self-Defense Forces and the U.S. military during carrier-landing drills.

As the United States bore down on the island in February 1945, its approximately 22,000 Japanese defenders burrowed deep into the rock underground, creating a sprawling complex of tunnels and caverns, many of which exist today.

In the heavy fighting that followed, about 21,900 Japanese were killed, the Japanese official said. Only 10,410 sets of their remains have been recovered.

Of the approximately 70,000 Americans who participated in the 36-day Battle of Iwo Jima, about 6,800 were killed. Of those, 151 American servicemembers – mostly Marines – remain unaccounted for, said Defense POW/MIA Accounting Agency spokesman Lt. Col. Kenneth Hoffman. The Marines that stormed the island stronghold took two completed airfields and a third that was under construction, so finding American remains in the area of the runway “is possible.”

If American remains are found, information will be provided to DPAA, the Japanese official said.

“We are aware of this effort, and we are certainly interested in partnering with the Japanese on any technologies that will support our mission,” Hoffman wrote in a statement to Stars and Stripes. “We are a small DOD Agency with a global mission, so we are always looking for new ways to expand and augment our capacity. With our Japanese partners there throughout the year, we are able to leverage their resources and capabilities in hopes of recovering U.S. unaccounted-for service personnel on Iwo Jima.”

Hoffman said a broader partnership with the Japanese government is under development that could include joint forensic reviews of recovered remains.

The last American mission to the island to look for remains took place in 2007 and 2008 by DPAA’s predecessor agency, the Joint POW/MIA Accounting Command.

About 600,000 Japanese soldiers and 57,000 Americans from World War II remain unaccounted for in the Indo-Pacific region, Hoffman said.