Japan official sure of one thing: ‘No decision’ on Futenma 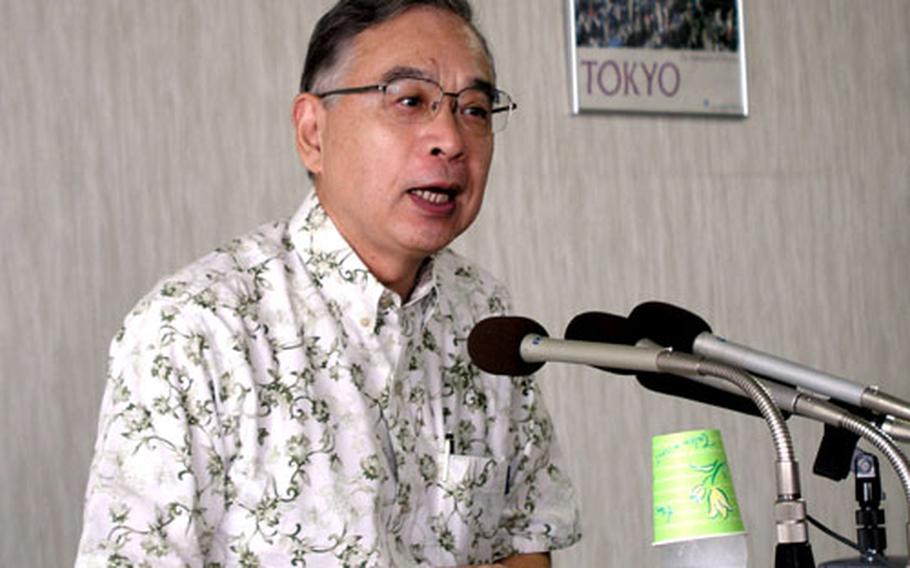 Yuji Miyamoto, ambassador in charge of Okinawan affairs for the Japanese Ministry of Foreign Affairs, talks to reporters Tuesday during a news conference in his Naha office. (Chiyomi Sumida / S&S)

NAHA, Okinawa &#8212; While bilateral talks on the realignment of U.S. forces in Japan have been stalled over where to move operations of Marine Corps Air Station Futenma, a senior Japanese government official on Okinawa said Tuesday intensive discussions are under way to break the impasse.

A massive $2.87 billion project planned for an area on reclaimed land and a reef about two miles off northeast Okinawa is planned as a replacement. But it is years behind schedule; some Japanese experts say finishing it will take another 10 years.

Both sides want MCAS Futenma closed more quickly and are considering alternate plans. U.S. officials in the negotiations have proposed building a smaller offshore facility, which would be connected to Camp Schwab by a causeway. Japanese officials are looking at a plan to build the facilities within Camp Schwab.

&#8220;What I can say with certainty now is that no decision has been made on each individual facility or area,&#8221; said Yuji Miyamoto, ambassador in charge of Okinawan affairs for the Ministry of Foreign Affairs during a press conference in his Naha office.

He refrained from going into details, suggesting that the divided opinions were routine during such negotiations.

Last week, Okinawa Gov. Keiichi Inamine expressed his opposition against any changes to the initial plan to build the offshore Marine base. The larger base would allow use by civilian aircraft, key to his acceptance.

Miyamoto said he has been making a detailed report on such &#8220;Okinawa voices&#8221; to Tokyo.

He believed that the coming realignment would result in reducing the burden of hosting the military on Okinawa.

Without it, the realignment would cause strong dissatisfaction among Okinawans, he said.

An interim report on the realignment of U.S. forces in Japan should be ready by Nov. 18, when President Bush meets with Prime Minister Junichiro Koizumi for an economic cooperation forum in South Korea.