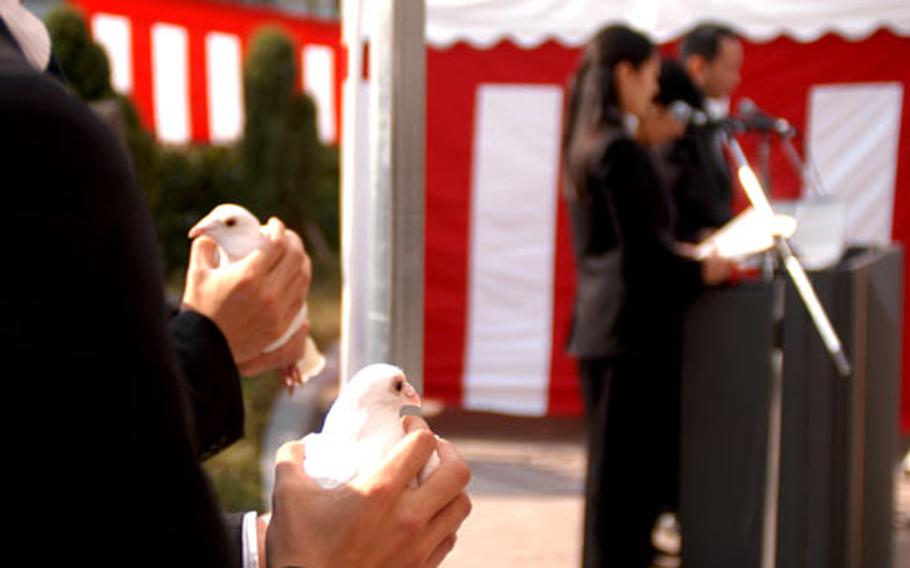 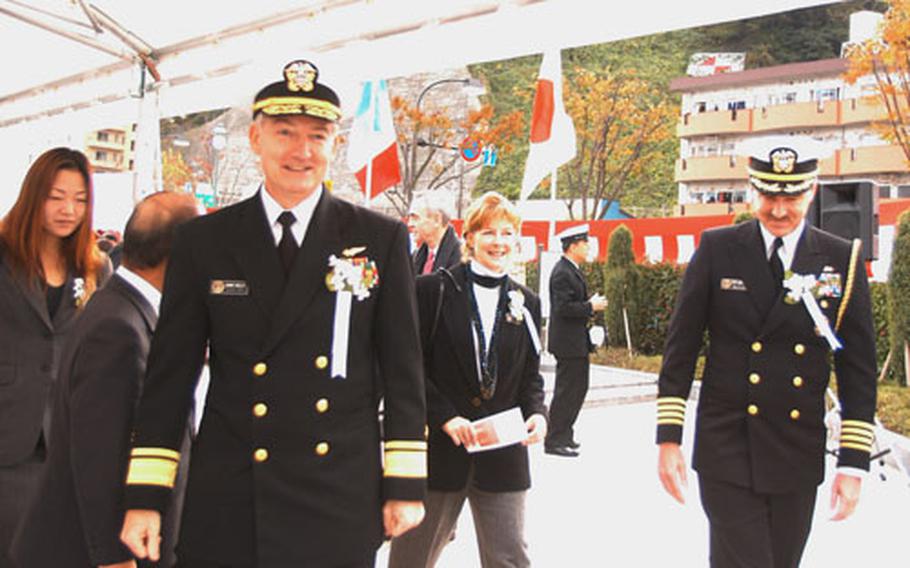 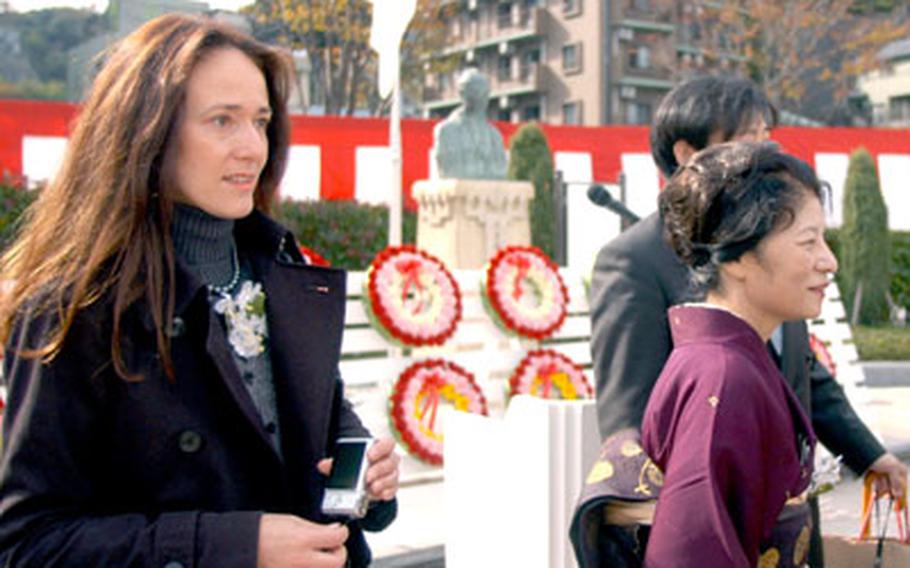 YOKOSUKA NAVAL BASE, Japan &#8212; Tadamasa Oguri said Japan needed a navy. Francois Leonce Verny said he&#8217;d build one. So they did, and 140 years later, people are still thanking them for it.

Flower wreaths and kind words were directed towards the two men&#8217;s statues Sunday in Yokosuka. Oguri&#8217;s and Verny&#8217;s promises were built to last, as their bronze faces look out over their 1865 shipyard that is still used today as a part of the Yokosuka Naval Base.

The shipyard &#8212; a collaboration of a 28-year-old naval engineer from France and a finance magistrate &#8212; brought Yokosuka, and consequently Japan, into the industrial age.

But steel would come to Japan in the wake of Verny and the shipbuilding project assigned to him by Oguri, a finance magistrate of the Tokugawa Shogunate.

Oguri believed Japan was behind the times in starting a navy &#8212; evidenced by an incident with a stubborn Russian ship &#8212; so he asked the Americans (who were too busy fighting the Civil War), and the French for help. Verny came.

Verny chose Yokosuka after three months of looking at maps and number crunching. Yokosuka looked like his native country&#8217;s port of Toulon and would be the ideal setting for Japan&#8217;s first naval fighting force, he said.

But changes were rippling though the boat building business at that time. New ships were using propellers and were transitioning from wooden to steel hulls. Building a navy meant manufacturing a lot of complicated parts. So the Yokosuka Arsenal was created and completed in 1865. This became the Yokosuka Shipyard in 1903 and is still a part of the Yokosuka Naval Base today.

Oguri didn&#8217;t have long to enjoy his accomplishment. Politics reared in 1867 when the shogunate was dissolved to restore power to the Emperor. Oguri lost his job and was later executed in 1868.

Ines Soavi and Misa Oguri, relatives of the men, met Sunday for the first time.

Yokosuka City celebrates this anniversary every year as Verny and Oguri are considered Yokosuka&#8217;s &#8220;founding fathers.&#8221;